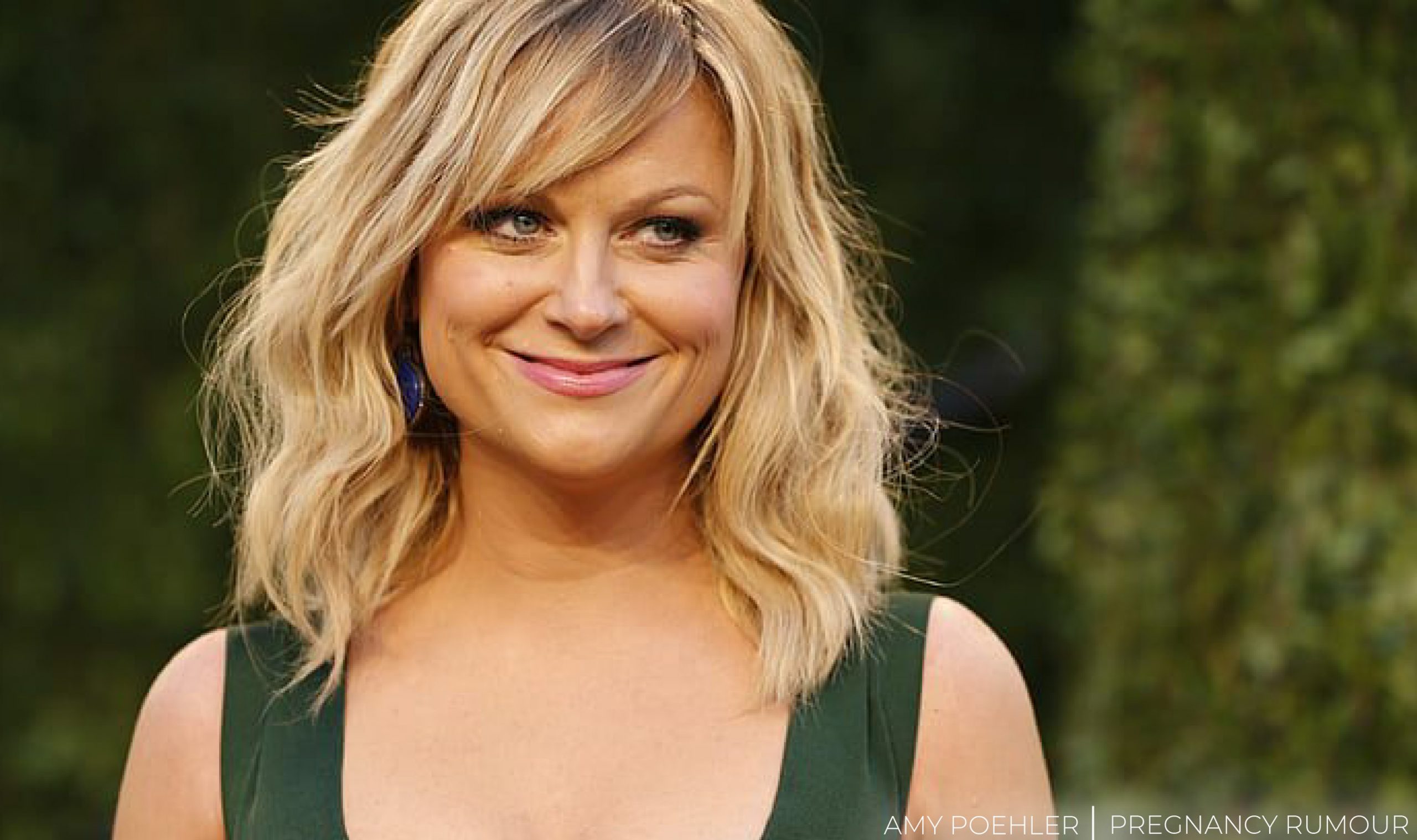 Amy Poehler is an American actress, comedian, and producer. Amy has had her name mentioned in the popular actresses list of America, which proves that she left a mark in the industry through her successful career. The 49-year-old Parks and Recreation star was born on Sep 16th, 1971 has gone through a lot and put a lot of hard work into her career, which recompensed her with success. Her perseverance at the beginning of her career and dedication towards art has brought her to where she finds herself today. Being a pop celebrity, Amy has a quite large fan base, always eager to know about the happenings in her life, the recent rumors unfurled about the actress being pregnant. We are here to let you know more about the authenticity of the news through authorized sources. Is Amy Poehler pregnant? Is she expecting a baby?. Hang on with us to know more.

Amy kicked off her study life work being a waitress to help her pay bills all through her education. All credit goes to her mother, Aileen Poehler, who is a strong woman and feminist, she encouraged her daughter to be strong and independent from the beginning. Amy believes that her mother’s words and encouragement to be strong and confident have helped her through rough patches in life and inspired her to hang on and never give up.

Amy Poehler was previously married to Will Arnett. The duo met each other in 1996 when Will saw and appreciated one of her performances. They dated four years later and worked together on several projects all through the years of their relationship. Their famous works include Arrested Development, a series and many films like Horton hears a who, Blades of glory, and The secret world of Arrietty. They tied the knot on 29th August 2003. After 9 years of being together, the couple announced their separation in 2012 and filed divorced in 2014, and finalized in august of 2016. The couple is parents to two kids Archie and Abel James, born in 2008 and 2010, respectively. The couple remains to be a strong support system to their children even after their divorce. 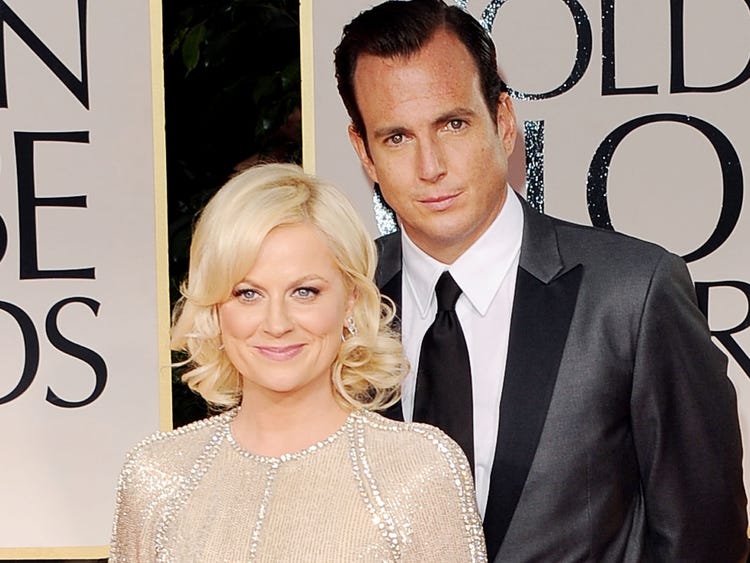 Amy and Will Arnett. 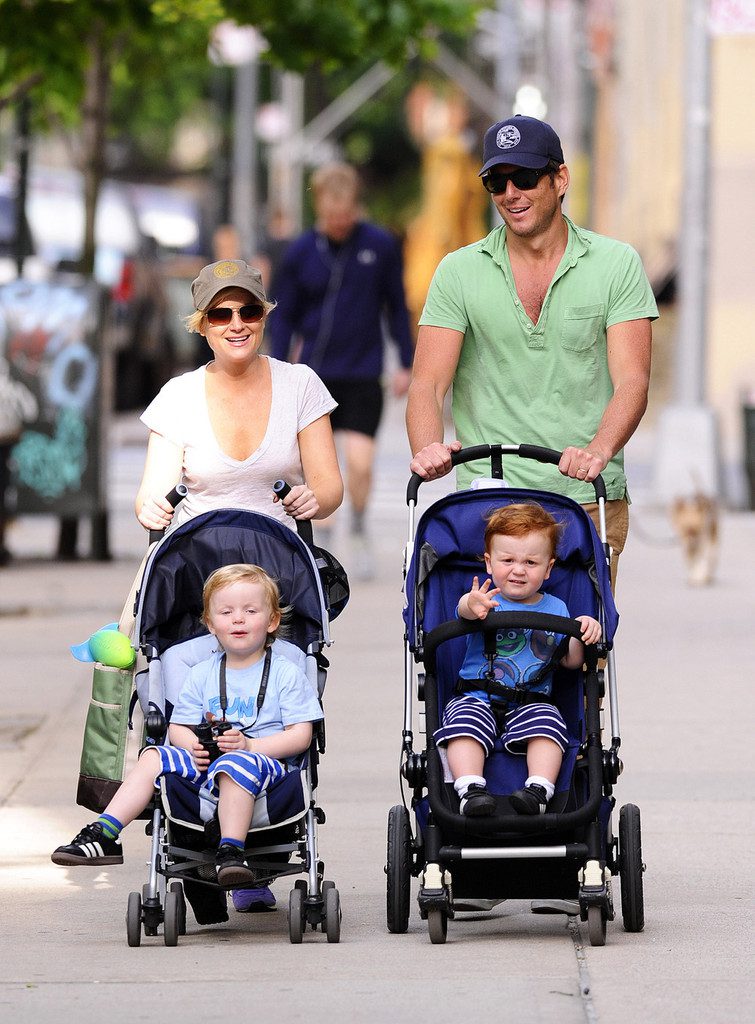 Amy and Will with their kids on a stroll.

Poehler never forgets to appreciate and give credit to her children’s nannies for helping her all through in taking care of the children. Their assistance helped her manage both family and career. The actress was said to have dated her fellow comedian Nick Kroll for two years, from 2013-2015.

The former Saturday night live cast member was previously pregnant with her two children with Ex-husband Will Arnett. She gave birth twice when she was 37 and 39 in 2008 and 2010. The couple was pretty serious about growing the family and bringing up the children in a cliched and traditional way. In the words of the Former Arrested Development star Arnett, “As clichéd as that sounds, it’s just the greatest.” “Because it’s a human being you’re in charge of… That’s terrifying, but even at its most terrifying moments, it’s fantastic.”

The rumors, Is Amy Poehler Pregnant, can be struck out as no sources confirm the actress currently being pregnant. She is not in a relationship with anyone as of now. The 49-year-old maintained a low profile in relationships after her divorce. Even her relationship with Nick came out after they called it off in 2015. The actress is said to be single after that and known to be focusing on high-end projects and works. This includes Wine Country, under her direction, which is an ode to friendship.

By this, it is established that Amy is currently focusing on her plans and projects for the future rather than relationships. It is also a known fact that Amy is quite secretive about her personal life, so if by chance there’s something cooking, we would have to wait to get to know. We are ever ready to update you as soon as something new hits the surface so stay tuned.

Amy Poehler was born to William and Aileen Poehler in Massachusetts, United States. She graduated high school from Burlington High School in 1989 and went on to join Boston college. There she did her bachelor’s degree in communication and media studies. During her years of education in college, her interest shifted to comedy which laid the foundation in becoming a comedy actress. She debuted in a comedy film ‘Tomorrow Night’.

Amy joined the cast of Saturday Night Live in the 2001-2002 season before she bagged a promotion from featured member to full-time cast member. She became one of the first Co anchors on SNL staple alongside Tina Fey in ‘weekend update’ replacing the then anchor Jimmy Fallon in the 2004-2005 season. Her other remarkable achievements include ‘Parks and Recreation’ and many Golden Globe Awards for her films and film projects. Make sure to stay tuned and check out the latest updates of her life happenings and many more.