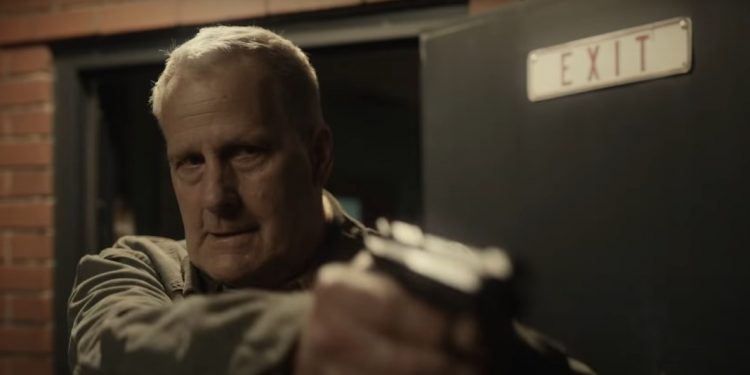 Is American Rust Season 2 happening? Or is Showtime sending it to the cancel zone? Firstly, the show debuted on September 12, 2021, on Showtime’s primetime slot as it competed for the viewer’s attention with rival networks for the same topics as HBO’s “Mare of Easttown”. Secondly, this production brings us Jeff Daniels and Maura Tierney as they face the troubles that drug abuse creates in a rural town in the rust belt in America.

This Showtime production was adapted from a novel penned by Phillipp Meyer. Its premise goes about a sheriff named Del Harris as he deals with his own demons and crime in a fictional town called Buell. Daniels plays Harris, and Maura Tierney plays a seamstress and his romantic interest as they intertwine in a violent and drug-ridden story. Now without any further ado, let’s begin covering this series here at Otakukart.

American Rust Season 2 is up for grabs. Firstly, neither Showtime nor showrunner Dan Futterman have expressed any comments regarding the renewal status for this show. Firstly, it was conceived from the standalone novel created by Philipp Meyer. Considering the series is pretty loyal to the book. Its really up for grabs. Additionally, the decision from Showtime to greenlight this show depends heavily on viewership and how the public perceives the show. And frankly, the show didn’t make the top five primetime shows for the network.

Where to Watch American Rust Online?

If you want to watch American Rust online, navigate to Showtime’s website or its app. Additionally, the show is available on Fubo TV, Sling TV, Spectrum, YouTube TV, DirecTV, and Apple TV. Also, if you live in Canada, you can watch this program on Crave. And if you live in the United Kingdom, the show is available on these platforms: Sky Go and NOW.

While Harris tries to balance his personal and professional lives, Isaac, Billy’s friend and the man who killed Novick while attempting to protect Billy, flees his home, hoping to reach California and begin school as he had always planned, but instead returns. After Isaac’s departure, Isaac’s sister, Lee (Julia Mayorga), returns to Buell to care for her father.

Once her husband finds that she has been with Billy, her high school girlfriend, her marriage falls apart since returning to town. Grace leads her Gelsey Dressmakers coworkers in a bid to unionize, but the employees vote no because they are afraid of the changes. Grace finally decides that following the rules is no longer an option. In the season finale, “Denmark,” Bobby Jesus kills one of his dealers in the hopes of severing the link between himself and the smuggler who was jailed after Buell’s young sports star overdosed. Billy is informed that the Aryans in the general public will soon confront him. Later, he tells one of the guards that he should inform Lee if anything occurs to him: he has kept his word.

Harris steals a car that once belonged to one of the people on Jackson’s list of Fentanyl suppliers. He then follows the other man out of his pharmacy and invites him out for a drink. Grace calls at a predetermined time, and Harris pretends that the authorities have received permission to cross into West Virginia. Harris walks out of the bar, and Jackson follows suit. When Harris arrives at the cabin where Bobby is hiding, there is a shootout.

Lee informs her father that she will be staying in Buell and looking after him from now on. Henry does not want this for his daughter, and for the first time in his life, he speaks openly about his wife’s death. With the wrench in his pocket, Isaac returns to Buell. Billy’s father and Grace’s estranged husband, Virgil (Mark Pellegrino), pays a visit to Harris’ office to inform him that he has discovered his son’s old gym bag with photos inside in the Poe family’s tool shed, along with an empty can of kerosene.

What Happened to Bobby and Jackson, Are They Dead?

Bobby and Jackson are no longer alive. Bobby tries to kill Harris with a cord the same way he killed the dealer earlier when he sneaks into the West Virginian cabin. Harris, on the other hand, shoots him in the head. After that, he murders Jackson, who arrives shortly after. Next, Bobby’s 87-year-old second cousin appears and shoots him with a shotgun as he tries to clean up the scene. Finally, Harris shoots her because he has no other option. He then meticulously cleans the background to make it appear like Harris and Jackson had shot each other, with one of their stray bullets striking the older woman.

What is Harris Mission for Isaac?

Del Harris’ past appears to be catching up with him in the season 1 finale. Two city detectives appeared when he thought he’d put Pittsburgh behind him, interrogating him about Chuck. Harris tries to avoid the questions, but it soon becomes clear that the detectives are aware of something Harris isn’t aware of, which places him at the scene where Chuck killed the former gangster before shooting himself.

Harris notices Isaac walking towards the police station while out on the street and realizes that all of his meticulously planned and methodically executed plans are about to be undone. He dashes out of the office, leaving the two detectives behind. When Isaac gets close enough, he places the wrench he used to murder Novick on the desk. Harris tells Isaac to put the twist back into his pocket and not show it to anyone, knowing precisely what it is.

According to Harris, Billy is about to be released from police custody because the sole witness in his case, Bobby Jesus, has been found dead. If Harris arrests Isaac now, investigators will re-examine Billy’s role in the case, as well as the circumstances surrounding the deaths at the cabin, which could potentially lead to his doorsteps. As a result, Harris tries to close that Pandora’s Box before it’s too late. But, unbeknownst to him, there are already forces at work that could derail both Billy and him.

Also Read: The Night Beyond The Tricornered Window Season 2: Will it Happen?

Harris has put his ethics and much more on the line for Grace. He’s done things for her that he didn’t do for Chuck and the rest of his coworkers. After his conversation with Virgil, he realizes Grace tricked him into killing Bobby and Jackson so her son could be free. But, on the other hand, Harris understands that there is no going back now.

What Happened to Billy?

Billy isn’t dead. Firstly, several members of the Aryan gang severely beat him up after being released into the general population. He is then transported to a hospital and placed in a medically induced coma. Grace later visits him and assures him that he will be released soon.

Do Billy and Lee Wind Up Together?

Billy and Lee do not end up together, at least not yet. When Lee receives the message Billy left for her, she immediately recognizes that something is seriously wrong. However, before she can learn more, she returns home to find that her father has overdosed on his pills and is now dead. Henry was deeply remorseful for the harm he had caused his family with his presence and actions. His wife committed suicide while his son fled. Now that his daughter was staying with him, he was worried that she, too, would meet a tragic end. As a result, he decided to free her from the obligations that have kept her in Buell.

Are they Letting Billy Go?

With Bobby’s death, the District Attorney and Sheriff realize they don’t argue against Billy and may release him shortly. Sheriff Deluca, frustrated and embarrassed, decides to return to the mill to see if he missed anything earlier. Harris hid Billy’s jacket, and it’s still there. Deluca might find it and reopen Billy’s case, this time with evidence linking him to the crime scene.

Meanwhile, Deputy Steve Park discovers that Harris has taken some armory equipment. Because the police chief cannot move one of his arms, he has most likely concluded that Haris is the shooter who killed Bobby, Jackson, and the older woman. However, unlike Harris, Steve’s integrity is unblemished. With this information, he will most likely contact the D.A. and Deluca.