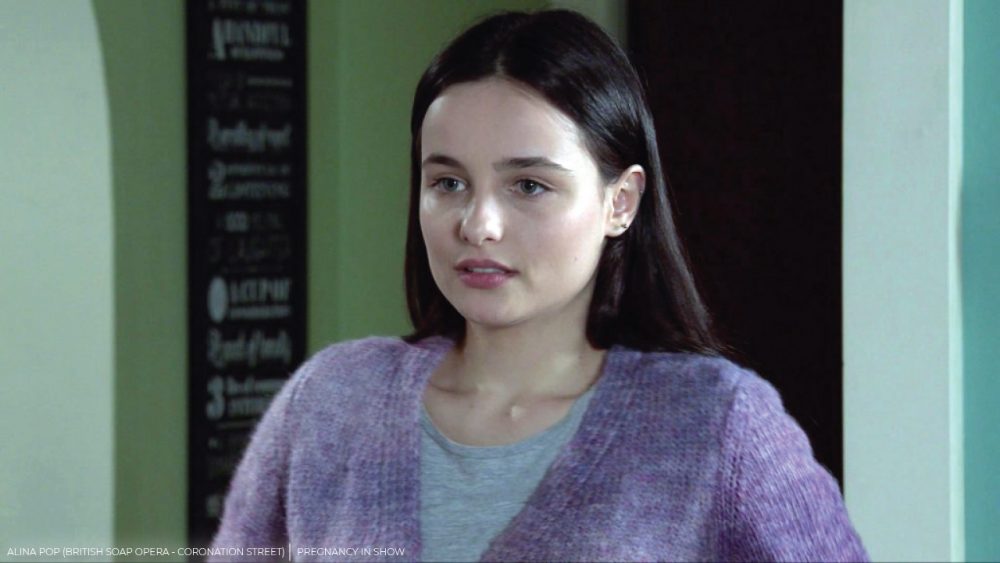 Is Alina Pop Pregnant In Coronation Street? Alina Pop works as a telesales agent for Underworld. She was a victim of human trafficking. She originally came to this country from Romania. In 2019, Alina was employed as a nail technician at Sparkle Lounge. This salon was considered a human trafficking business. The conditions in which Alina lived were horrendous. As a result of being transferred from her home city of Brasov to the UK by a human trafficking ring. In 2019, Alina and handyman Seb Franklin became friends. The situation was later discovered by Seb, who promised to help Alina escape it. Having called the police, Seb was able to arrest the human traffickers within the nail bar. Seb and undercover police informant Jan Lozinski worked together to expose the trafficking.

As for Alina, she received rehabilitation from the Salvation Army. She got a job at Underworld when she returned in 2020 to Coronation Street.  After Alina returned to the street, she found that Seb had moved on from their relationship. In the meantime, he was dating Emma Brooker. While she got a job at Underworld. She was further invited to move in with the couple. But Seb and Emma broke up due to Alina’s presence. However, they still remained friends. In the past, Alina had relationships with David Platt and Adam Barlow. The following year, in 2021, Alina began a romantic relationship with Tyrone Dobbs. Tyrone and Fiz Stape became estranged as a result of that decision. 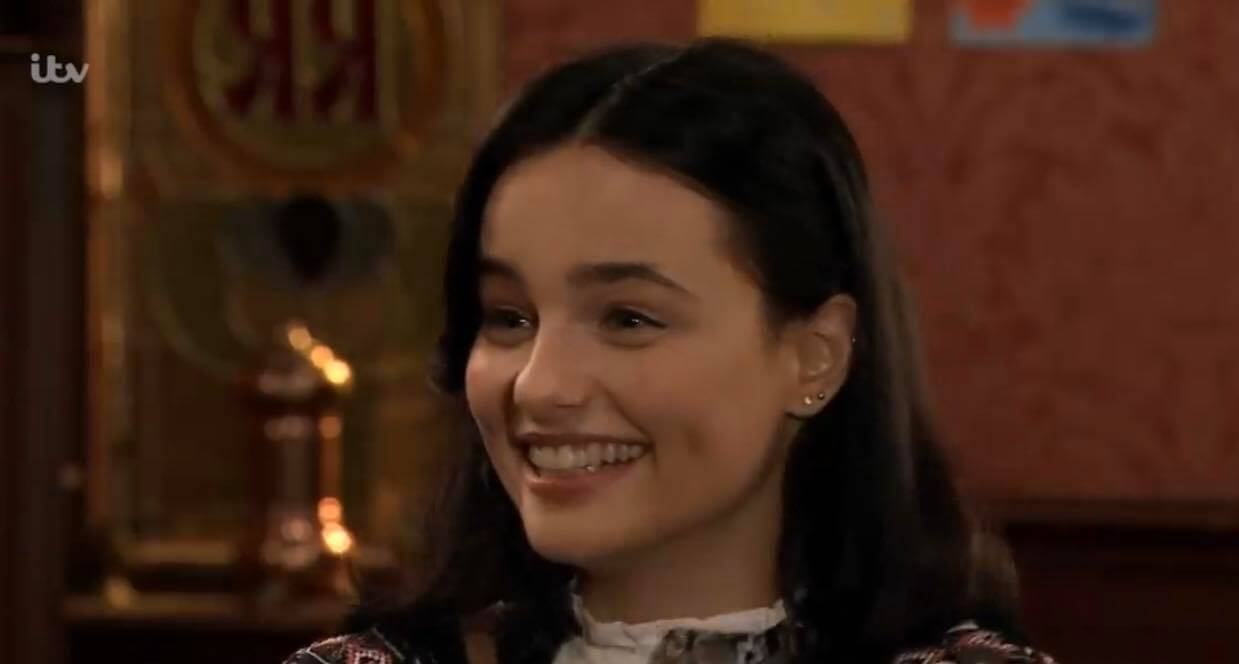 Unfortunately, Alina Pop is no longer pregnant. However, she was pregnant earlier. She was carrying the baby of Tyrone, his boyfriend. An exciting time was ahead for them as they were expecting a child. Despite their excitement, their baby was a boy. Also, She decided to name her baby Andrei. But everything was changed in the Wednesday episode that aired on 4 August.

It was heartbreaking news for Alina Pop on the episode. As she miscarried the baby, she was expecting. It happened as a result of an accident. There was a fire in her apartment. The Wednesday episodes began with Alina being in the hospital. As a result of a fire in her apartment, she was in a state of recovery. The doctors assured her that both she and the baby would be safe.

According to Tyrone, the fire inspector thought one of her candles ignited the fire. As a result, Alina blamed herself for what had happened. However, Tyrone told her this was an accidental mistake. Also, she shouldn’t feel guilty about it. In the process of leaving the hospital, Alina started wincing. She said she felt like she was bleeding. A terrible truth was revealed to the pair after an agonizing wait. That Alina has lost her baby. It had been tragic for Alina to lose her baby. Later, Alina expressed her belief that this was her punishment. Also, she said she would never forgive herself for this.

Coronation Street is sometimes abbreviated as Corrie. The show is a British soap opera. This series is made by Granada Television. It has been broadcast on ITV since 9 December 1960. In Coronation Street, the show is typically centered on the residents. It includes a cobbled and terraced street in Weatherfield. Additionally, there is a fictional town based on Salford. Originally, this series aired twice a week. In September 2017, the program began airing six times a week. Scriptwriter Tony Warren came up with the idea for the show. He joined Granada Television in Manchester in 1960. Initially, Warner’s idea was rejected by the station’s founder. Nevertheless, Harry Elton was able to persuade him. They decided to produce 13 pilot episodes of the show. Further, since the show debuted, British culture has been enriched by it.

It became the world’s longest-running television soap opera on 17 September 2010. It was also listed in Guinness World Records. Initially, the show was influenced by kitchen sink realism. The show focuses on the down-to-earth side of life on Coronation Street. Besides the working-class community, it is also full of humor and strong characters. Each episode has an average of six million viewers. On 7 February 2020, the show aired its 10,000th episode. Later that year, it also celebrated its 60th anniversary. A Poster Of Coronation Street