BBC Sport's Commentator, Alex Scott is still single and not with anyone or dating. 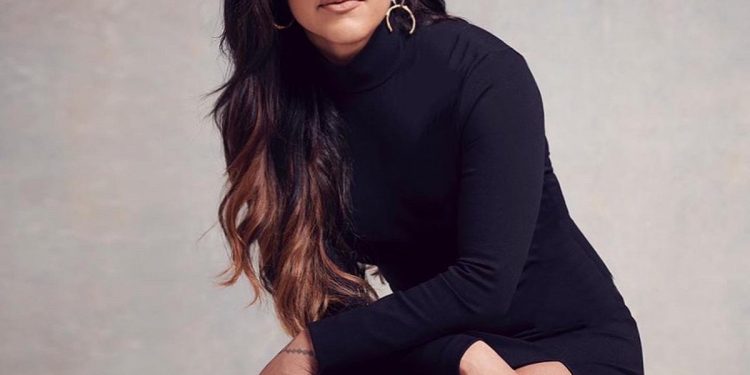 Alex Scott has been linked with Sam Robertson, Coronation Street star, after they were seen together on a date. So, is she dating him now? Is Alex Scott Pregnant? The BBC Sport’s commentator has often spoken about her finding love. But, she is hardly officially with anyone in life. Of course, she was seen together on a date with Sam Robertson. Later on, she also claimed that her date with him did not go as she had planned. Thus, we could say that they are not together or dating. Furthermore, she often claims that she is hopeless in finding love.

As for Alex’s pregnancy, they are only rumors. She got last seen hosting the BBC Sports Personality of the Year Award. The commentator also completed her One Show for this year. Now, she is happily enjoying her Christmas vacation. Alex also mentioned that she is not returning this year. Thus, it means people would see her again in the upcoming year only. She is also taking a break from all the constant online trolls. The hate also takes a toll on her sometimes despite her being used to it.

Also Read: Are Demi Moore and Bruce Willis Back Together?

No, Alex Scott is not pregnant. In fact, the sports commentator and presenter is not even married. Thus, any rumors and speculations arising that she is pregnant are completely false. There are also no hints on her social media accounts that she is pregnant. She is not even dating anyone or had been seen with anyone in public. Scott is very much single and very much involved in her career. The former professional footballer got linked to Sam Robertson, Corrie star, once this year. But, their first date was not much of a success. Now, there is not much news on them. Furthermore, Alex’s Instagram account contains only her single photos most of the time. Thus, the commentator is not with anyone or pregnant.

How Did Rumours About Alex Scott Pregnancy Come Around?

Alex Scot is definitely not pregnant, as mentioned earlier. But, one of her co-hosts from One Show was pregnant. Coincidentally, both of them also have the same name, but only with different surnames. One is Alex Scott and the other Alex Jones. Well, it was Alex Jones who was pregnant, and the same came into the limelight in August 2021. A baby daughter was born to her at that same time. Then, again, another one of their co-hosts, Jermaine Jenas, welcomed a son in October 2021. Thus, we can pretty much guess how Alex Scott’s pregnancy rumors came around.

A mysterious stranger sent a box of roses to the dressing room of Alex Scott in October 2021. She revealed the same in her Instagram account after finding the flowers and asked the people to help her in finding the identity of that person. Alex said that she thinks she needs help in solving a mystery as she got roses sent to her workplace at The One Show. Then, she even went to show the bunch of roses that were on her dressing room table. A card also got attached to the flowers. Thus, she might have an idea about who could be the sender. She showed the card wherein someone was wishing her a happy birthday. The card also reveals the name of the sender as Derrick Jones. But, she had no idea who is that person.

Alex Scott recently posted a video on Instagram about her emotional journey throughout the year. She mentioned how hate, trolls, and racism have become a constant thing that she had to deal with. However, the BBC’s commentator is still in a jolly mood despite everything as she too posted a photo from the BBC Sports Personality of the Year Award. Furthermore, she also announced that she had completed her work for 2021 and is taking a break for the Christmas period. Scott even said how she is proud of her works as she had dreamt of doing shows when she completed her media degree in 2015. Now, she is doing all that. She is also grateful for all those people with whom she has worked until now.