One of the trending topics nowadays is about Aishwarya Rai being Pregnant. The news is not yet confirmed, but there are few touches of rumors in the Industry about the same. Aishwarya Rai is not only a Bollywood celebrity but also being Miss world, she is recognized Internationally. As she is busy with the shooting of her upcoming film, few photos of her have gone viral all over the Internet. Aishwarya Rai was photographed wearing a black off-shoulder dress with black lipstick. Aish could be seen hiding her tummy with her hand in all of the images. Now, rumors are circulating that Aishwarya Rai is expecting a child.

Why did Aishwarya hold her arm in front of her tummy in all of the images? Why did she stand back in the group shots? All these questions will be covered in this article. Aishwarya Rai Bachchan is regarded as one of Bollywood’s most brilliant actresses. Every role she has played has left us speechless. However, following her marriage to Abhishek Bachchan, she began to place a greater emphasis on her personal life. The good news is that she’s working on a film called Ponniyin Selvan: Part One. But first, internet users are speculating that the actress is expecting a second kid. For the uninitiated, Aishwarya is presently filming Ponniyin in Puducherry. Her spouse Abhishek Bachchan and daughter Aardhaya accompanied her to the city. Varalaxmi, the daughter of her co-star and South celebrity R Sarathkumar, shared photos of their get-together earlier past month.

The truth behind Aishwarya’s Pregnancy Rumors

The rumors circulating are untrue, according to our sources. Every time an actor looks to be gaining weight, it’s thought that they’re expecting a child. This isn’t the first time Aishwarya Rai Bachchan’s physique has been scrutinized in this way. While the camera position, fabric fitting, or plain bloating might all be factors, we should allow the pair some breathing room. As of now, the actress is working on her next blockbuster, and we wish her the best. These Rumors will be addressed soon, and whenever it is official, we will surely update you. 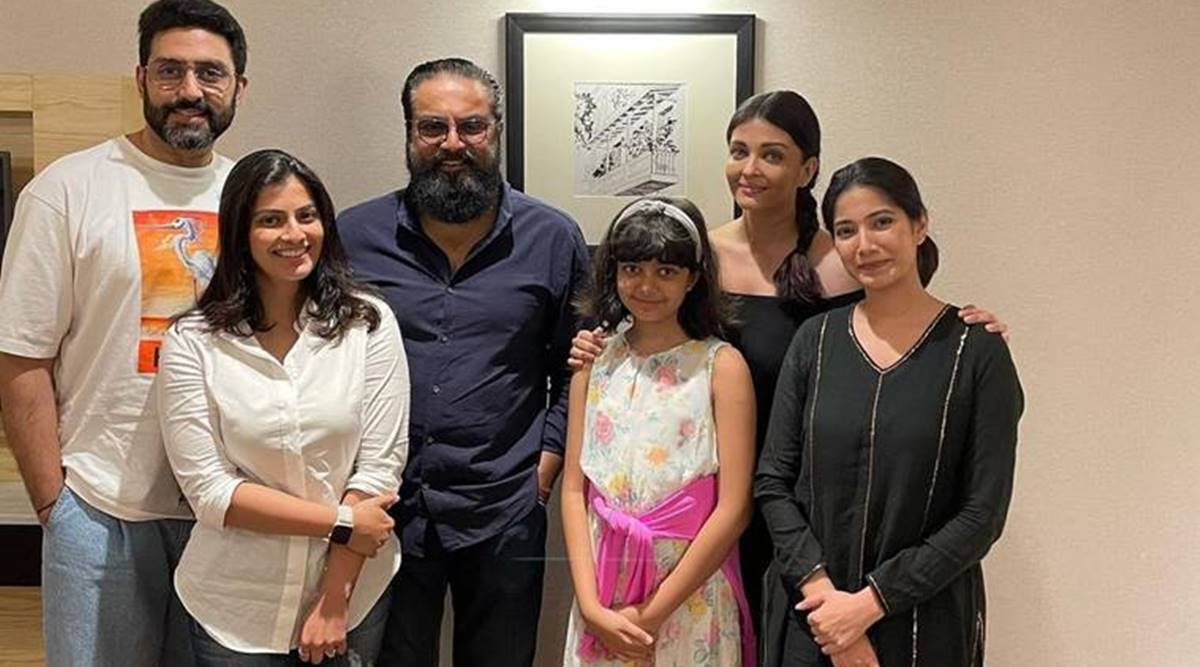 Varalaxmi spoke on Aishwarya Rai, Abhishek, and Aaradhya’s humility in her post. Sarathkumar, her father, was also honored for making this possible.” Met 3 of the nicest and most humble individuals last night, none other than the lovely Aishwarya Rai and the handsome hunk Abhishek Bachchan and their loveliest daughter Aaradhya Bachchan,” she stated of her meeting with Aishwarya and Abhishek. Regardless of their backgrounds and lineages, their modesty and kindness were so inspiring that she was overwhelmed by their love.

Ponniyin Selvan is based on the same-named literary book. The film and novel are based on significant events in the Chola dynasty. Ponniyin Selvan’s creators have unveiled a new poster and stated that the first half of the film would be released in 2022. The movie stars Aishwarya Rai Bachchan, Chiyaan Vikram, Trisha, Karthi, Jayam Ravi, Aishwarya Lekshmi, Prakash Raj, Sarathkumar, and Jayaram. The film will be split into two parts, according to Mani Ratnam. 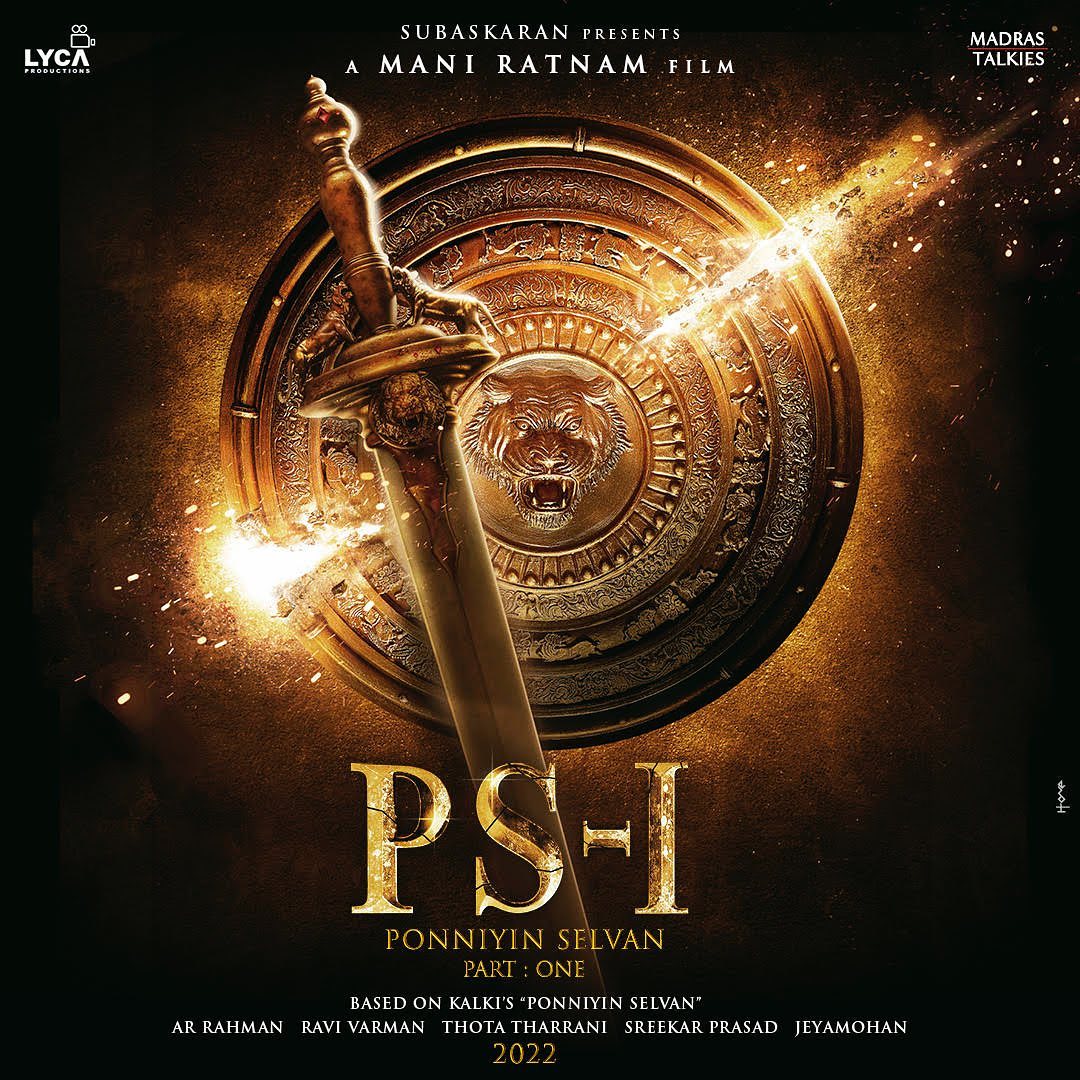 Ponniyin Selvan is a five-volume book that tells the life of Arulmozhi Varman, who later became Raja Chola I. The king constructed the magnificent Brihadisvara Temple at Thanjavur, which is one of India’s biggest temples. According to reports, a significant portion of the film’s budget would be spent recreating beautiful temples erected during the era, as filming is not permitted within historically significant temples in Tamil Nadu. Thota Tharani, an award-winning art designer, has accepted the task. The film’s soundtrack is composed by Oscar winner AR Rahman, while the camera is handled by Ravi Varman.

Aishwarya Rai Bachchan has collaborated with Mani Ratnam on films including Guru, Raavan, and Iruvar. She was questioned about needing to do a lot of study for her part in Ponniyin Selvan, as well as work on the Tamil language, in a previous interview with The Hindu. “Working with him (Mani) is like going back to school, and anything you say is par for the course,” she explained.

Also Read: Is Lizzo Pregnant, Who is the Baby’s father? 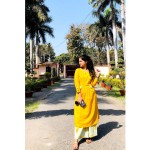