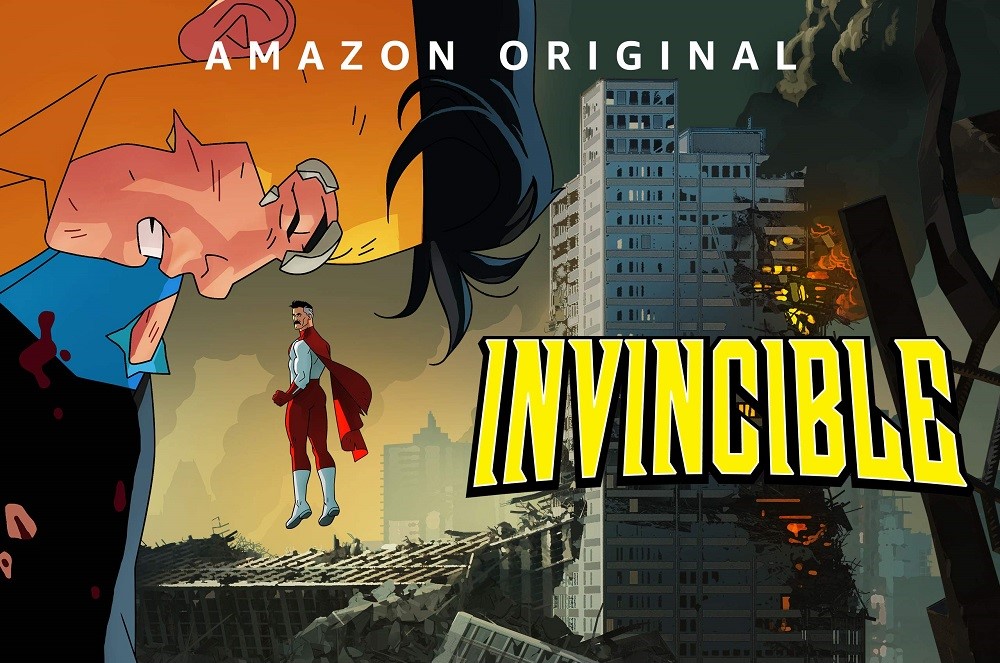 "Invincible" Season 1 Episode 4 is coming out this week and here's all you need to know about it.

“Invincible”, the American adult animated superhero TV series is out now and is soon going to release its fourth episode. Created by Robert Kirkman, the series made its debut on 26th March 2021. It received some excellent reviews on different platforms as the viewers and the critics highly praised it. The critics spoke really well about the show saying that the series smartly adapts its source material. In fact, the show has an average rating of 8.9/10 on IMDb, an average score of 96% on Rotten Tomatoes, and an average rating of 8.5/10 on Metacritic. The show has released 3 episodes to date and will soon be releasing its next one. So, let us see further in the article everything about the upcoming episode.

Everything you need to know about “Invincible”:

“Invincible” is an American adult animated superhero series created by Robert Kirkman. The show is based on an Image Comics Universe superhero namely “Invincible”. It was created by Ryan Ottley, Robert Kirkman, and Cory Walker. The series runs in the genre of superhero drama and thriller and Jeff Allen is its director. Till now, Amazon Prime Video has released 3 episodes with each episode having a runtime of approximately 42-48 minutes. Simon Racioppa, Robert Kirkman, David Alpert, Catherine Winder, Seth Rogen, and Evan Goldberg are the executive producers of the show whereas Maude Lewis is its sole producer. Skybound and Skybound North have produced the show with Prime Video acting as its original broadcasting network. Let us have a look at the basic storyline for the show. 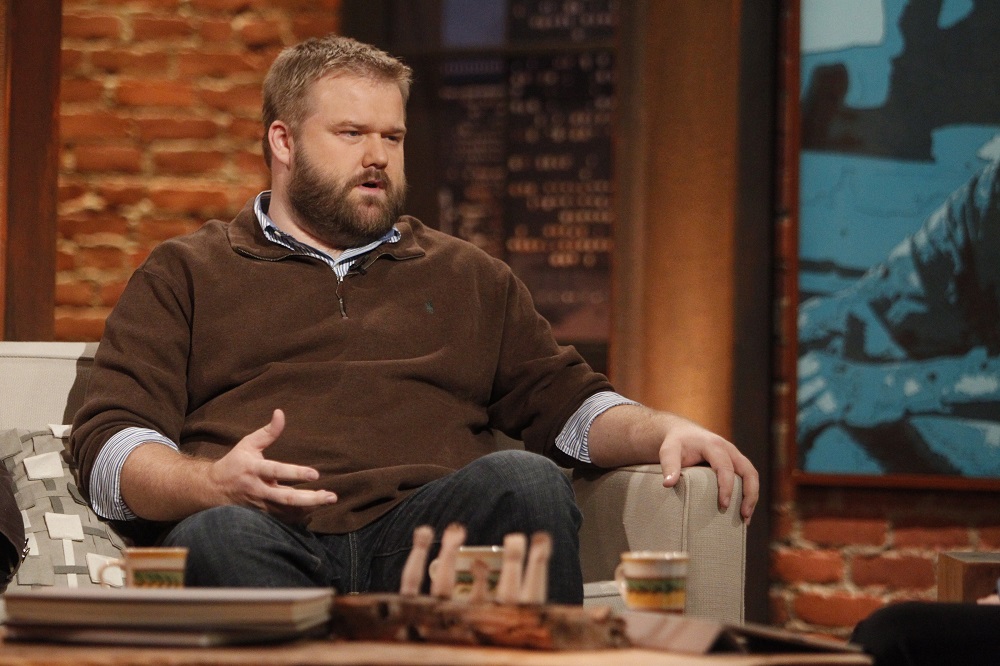 Robert Kirkman, the creator of the Image Comics Universe superhero and the TV series “Invincible”.

The show centrally revolves around Mark Grayson, who is a normal teenager. However, the twist is that his father i.e. Nolan is the most powerful superhero on the planet. Nevertheless, just a little time after his seventeenth birthday, Mark starts developing his own powers and enters into his father’s tutorship. With that, the show gradually moves on with the story. Talking about the comics, it shares a similar storyline as Mark has trouble adjusting to his newly found powers. So, it is quite possible that the show will also continue with the same plot. Anyhow, now let us have a look at the different characters and their voice cast for the series. 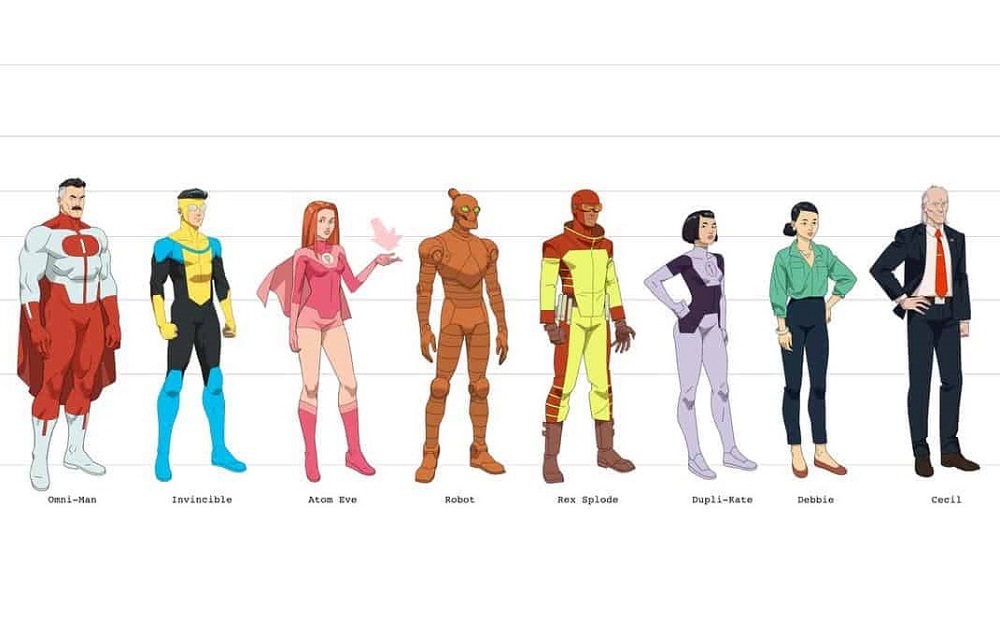 A still of all the characters from Season 1 of “Invincible”.

Which different Characters are part of the show?

Sandra Oh as Debbie Grayson: Debbie Grayson is Mark’s mother and Omni-Man’s wife. Debbie is a realtor and she has completely adjusted to being married to a superhero and now the usual adventures have stopped bothering her. Sandra Oh is a Canadian-American actress. Some of her best works include “Meditation Park”, “Arliss”, “Killing Eve”, and “Ramona and Beezus”.

J. K. Simmons as Nolan Grayson / Omni-Man: Nolan Grayson is Mark’s father and Debbie’s husband who is the strongest hero on Earth. He was born on the planet of Viltrum i.e. a race of superpowered aliens. Nolan had come to Earth over 20 years before the beginning of the storyline of the series to protect it. He is loosely based on Superman. J.K. Simmons is an American actor who has been a part of the TV and film industry for quite some time. He is popular for his work in series and films like the “Spider-Man” series, “La La Land”, “The Accountant”, and “The Closer”. 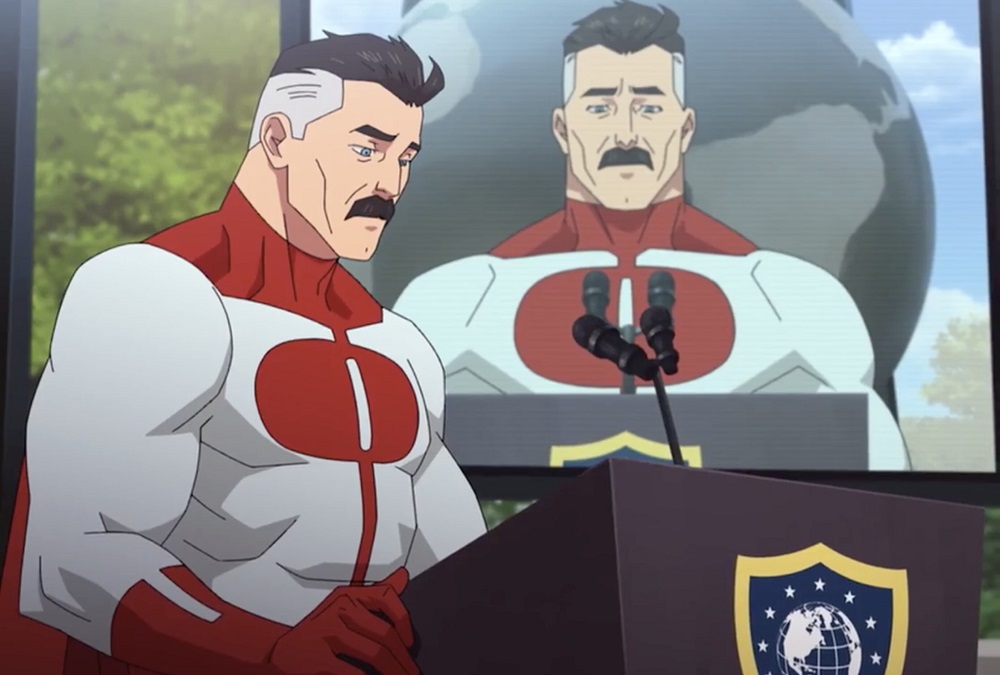 A still from the previous episode i.e. “Invincible” Season 1 Episode 3.

In the upcoming episode of “Invincible”, you will get to see who the blue-colored prisoner was and whether Robot had anything related to his escape. Moreover, we will acquire some knowledge about Damien Darkblood’s investigation. Consequently, we will find out whether he has anything significant against Nolan/Omni-Man. Apart from all this, while Mark and Amber will be together, you will see Eve heartbroken. Lastly, we will learn if things will really start to change between Eve and Mark. The official Twitter page of “Invincible” has already released a trailer for the upcoming episode this week. So, just click below to watch the trailer.

Invincible Season 1 Episode 4 is going to release on 2nd April 2021 i.e. on Friday at 12 AM ET. You can tune in to Amazon Prime Video to watch the latest episode. You can just click here to go to the official website of Prime Video to stream the show. Until the release of the next episode, you can watch the first three episodes. So, brace yourselves as the superhero thriller returns this week with yet another exciting episode. Hence, stay tuned for more updates about the series. Also, tell us in the comments section your thoughts about the episodes to date and what you expect from the upcoming episodes.