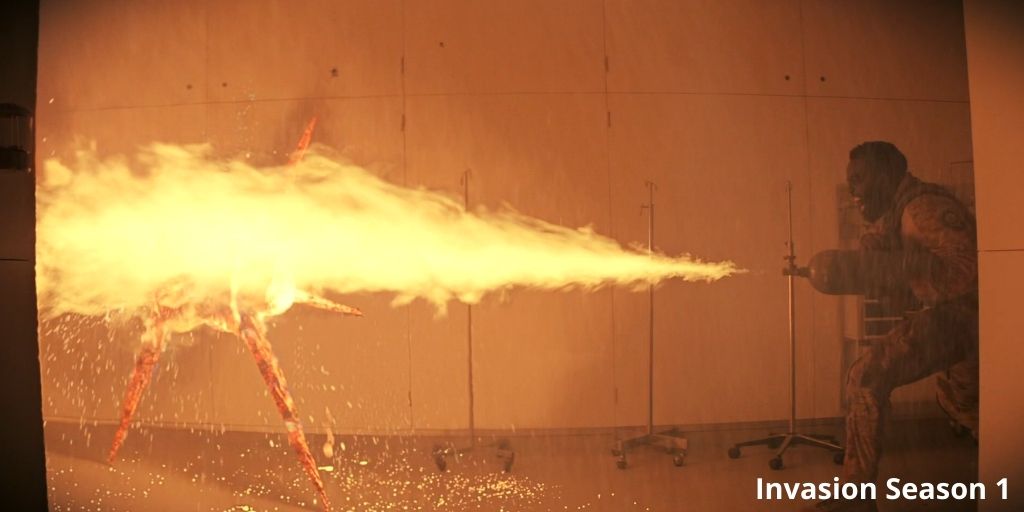 The viewers are eager to find out what happens next in Invasion Episode 10 after the alien ship was attacked in Episode 9. The previous episode got thrilling and scary. Aneesha and her family had to escape after they were attacked by other civilians. Meanwhile, Mitsuki finally made contact with Hinata in space. Whereas, Trevante and Jamila were trying to help Caspar get a seizure so he could figure out what the aliens were after.

The science fiction television series has been fairly popular since it kicked off on 22nd October 2021. Furthermore, the story of the show revolves around an alien invasion which itself is an intriguing story for viewers around the world. That is also one of the major reasons the show has gained a lot of attention. Simon Kinberg who is quite popular for his contribution to the X-Men series has created this show along with David Well.

In addition to that, both of them are the executive producers of the show as well. Whereas the other executive producers include Amy Kaufman, Andrew Baldwin, Elisa Ellis, Jakob Verbruggen, and Audrey Chon. On the other hand, the star cast of the show comprises Shioli Kutsuna, Billy Barratt, Shamier Anderson, Golshifteh Farahani, and more. The season is now coming close to its end and the viewers are waiting to watch Invasion Episode 10. However, let us first dive into the events of the previous episode andi find out what all went down. 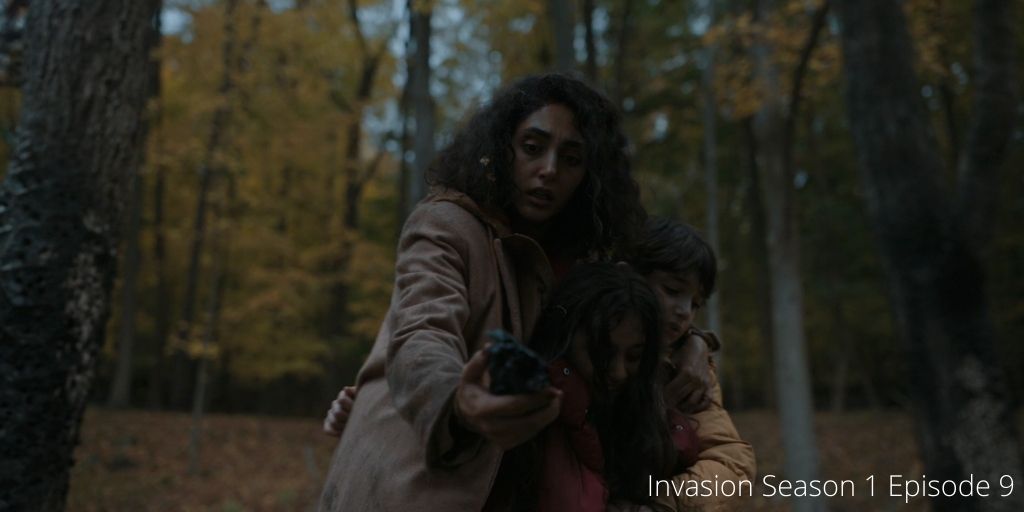 Episode 9 of Invasion Season 1 came out on 3rd December 2021. Moreover, the episode was titled “Full Of Stars”. The episode opened up with a flashback from Mitsuki’s past when Hinata came to her home for the first time. Hinata realized that Mitsuki also loved “David Bowie” just like her. Then we saw the present time where Hinata was floating in the space when she gained consciousness. She somehow managed to get inside the aircraft and Mitsuki made contact with her. Meanwhile, in London, Trevante, Jamila, and Caspar made it to a hospital and found a neurologist.

Caspar’s plan was to induce himself with a seizure so he could see the aliens and find out their motives. Whereas while Caspar went into a seizure, he saw what the aliens were seeing as he connected to them. Although, he snapped out of it soon to alert Trevante that the aliens were coming for him to the hospital. On the other hand, Aneesha and her family were being taken to the Pentagon after the scientists discovered that the object Aneesha used to kill the alien was helpful in stopping them. However, some civilian troops attacked the military truck and Aneesha and her family had to escape into the woods. Although, Manny decided to stay back and talk to the civilians.

But he realized they were not ready to talk so he told Aneesha to run with the kids whereas Manny was shot. While running, Aneesha came across an alien-infested land but she used the object to cross the land. Meanwhile, in Japan, Mitsuki proved that it was Hinata in space when Hinata played David Bowie’s song. However, the Americans had taken the decision to nuke the target that they got with the help of Mitsuki’s contact with Hinata. Whereas at the hospital, Caspar’s mind got connected with the aliens that had surrounded him, Trevante, and Jamila. He used that to stop the aliens. However, after coming out, it seemed like he died as Trevante was giving him CPR. In the end, we saw that the alien ships were nuked and the aliens started to disintegrate.

Invasion Episode 10 will release on 10th December 2021 at 12 am ET on Apple TV+ in the United States. Furthermore, the episode will be titled “First Day”. It will be quite interesting to see whether the American nukes were successful in destroying the aliens. On the other hand, the episode will confirm whether Caspar actually died. So stay tuned and don’t forget to watch the finale episode of the season.

The American science fiction television series is finally about to wrap up the first season. Therefore, the viewers are quite eager to know where to watch Invasion Season 1? The answer to that question is quite simple. “Invasion Season 1 airs every Friday at 12 am ET on Apple TV+ in the United States.” Furthermore, the show is available to stream on Apple TV+ in all the other regions as per the availability of the streaming service.