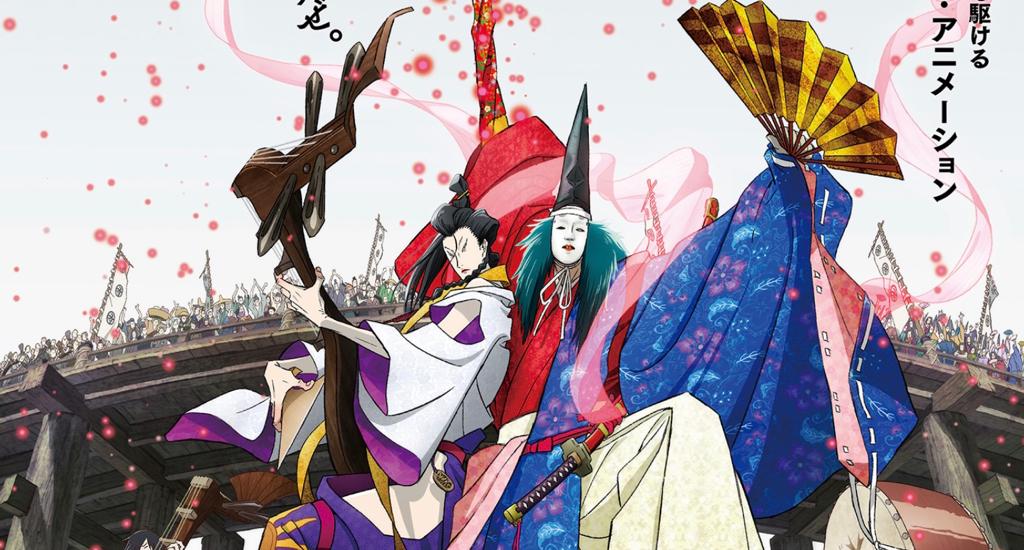 Inu – Oh anime movie is a celebration for all the music lovers out there across the world. This film is based on the original novel, The Tale Of The Heike Inu – Oh Episode, written by Hideo Furukawa. Recently Inu – Oh movie new teaser was released. The movie has already premiered at the 78th Venice International Film Festival (VIIF) held in September 2021. It also became the first-ever Japanese 2D film to enter the Horizons awards category at the Venice International Film Festival. From there, it received many positive reviews from critics all around the world. Many fans that attended the event were surprised as the movie was said to surpass their expectations mark. Let’s review all the details we know about the Inu – Oh movie.

The film after its premiere in VIIF was also screened at the Tokyo International Film Festival (TIFF). The event was held from October to November 2021. The Inu – Oh film also won a Distinction Prize in the International Feature film category. Here is the Inu – Oh (Dog King) movie new teaser details.

The Main Plot of the anime film Inu oh revolves around the lives of two boys, Inu and Tomona. Inu was born with a distinctive Physical personality, this appearance of him made people see him with frightening eyes. To avoid this he wears a mask and covers each part of his body with clothes given by the same people. One day, he meets Tomona, who is a blind Biwa (Short Instrument used in Traditional Japanese storytelling) player. And when Tomona plays an intricate song, Inu suddenly starts dancing. Only to later discover that he has a great talent to dance, on Tomona songs.

Following the events, they decide to pair up and start a business to entertain people. Slowly and slowly people start to notice their talent and they gain fame. The movie explores the truth behind Inu’s physical personality and Tomona’s blind personality. And how they are connected to each other.

The Inu oh film is directed by Masaki Yuasa. This director doesn’t need an introduction as he is one of the greatest anime directors in the industry. His best projects are Samurai Champloo and The Tatami Galaxy anime series. And The Night is a Short Walk on Girl anime Film. In a recent interview with TIFF Staff, he talked about his inspiration to make this film.

He said that, Although in today’s anime industry many filmmakers focus on making a movie about modern times issues. But for me, Inu was a character whose story needs to be told. The character is based on historical events that happened 600 years ago. And also that it was the era that was an important part of Japan’s history. He wanted to inspire modern Japanese youth, following Inu’s example. This was his inspiration to make the film.

Inu oh movie sound director is Erika Kimura. She has given her assistance to many previous projects of the director, like The Tatami galaxy anime. The original character design is done by the famous Mangaka Taiyou Matsumoto. His famous work are, Ping Pong and Sunny manga. The main voice actor of Tomona is Mai Moriyama. And the main voice for Inu is given by Avu chan, the lead singer of the popular group Queen Bee. 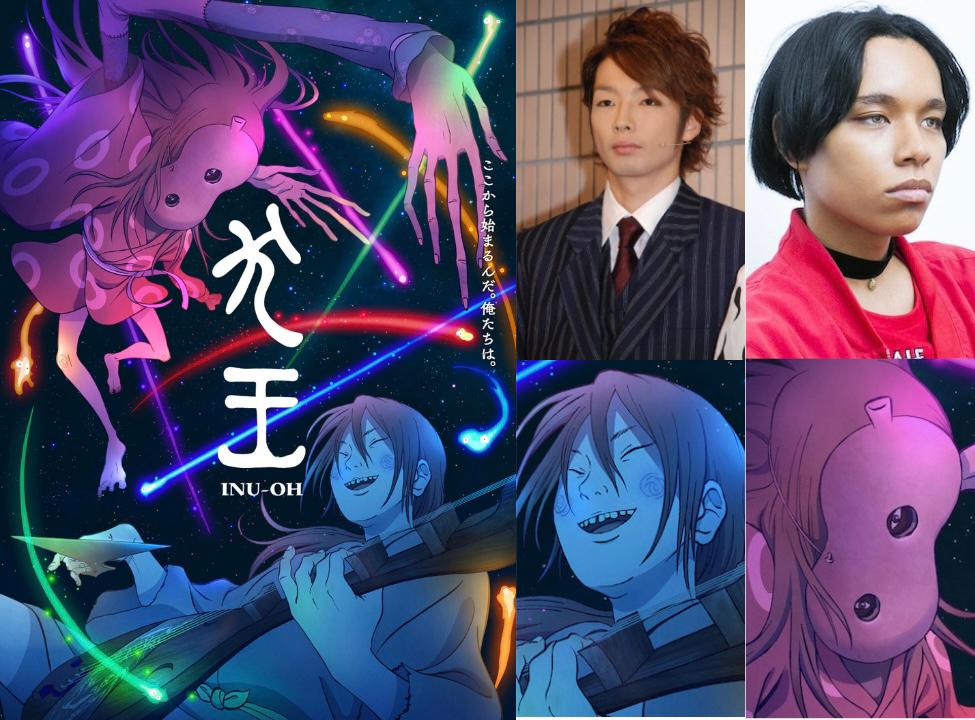 The official Twitter account of Inu – Oh movie makers, released a new 30-second teaser. It showcased the duo performing at various events. We see the Bonding between these two boys and the people cheering at their performance.

Inu oh film release updates regarding India are not good, as there is no confirmation from the makers. But you never know, when PVR updates the movie to its catalog. Whether it updates or not, the movie will eventually be available to watch on online platforms around Summer 2022.