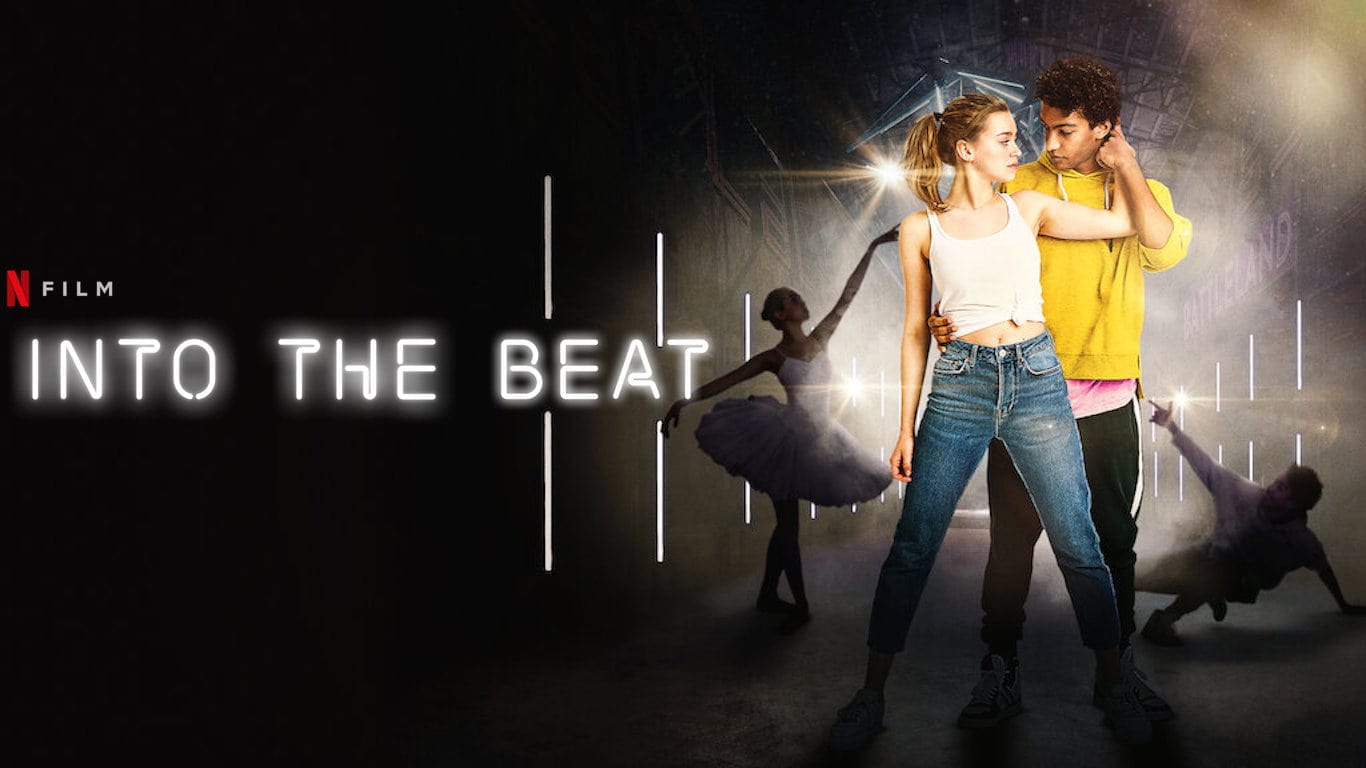 Netflix Into the Beat Review

Into the Beat is the latest dance movie to come with a heartwarming premise, currently streaming on Netflix. Dance movies are known for following the same template over and over. They all go through similar beats, and the narrative is all too familiar every time. Some dance movies like Step Up and Save the Last Dance have managed to gain popularity before. However, there has been a draught of dance movies, especially “good” dance movies for a long time. And while dance movies haven’t done anything differently, they make for an enjoyable watch, provide they’re executed well. The latest entry into the sub-genre is the German film Into the Beat, currently streaming on Netflix. Like the previous formulaic dance movies, this one also follows a similar premise. It follows a ballerina that falls in love with a hip-hop dancer and faces a quandary about her future. Does she follow her parents’ footsteps with ballet or her newfound passion for hip hop?

The film dropped on the streaming platform on April 16, 2021. It follows a trodden path of previous dance films and hits many of the familiar beats. But it’s still an enjoyable and feel-good watch. The German film is akin to Step Up and Centre Stage. It goes the same predictable route as previous films in the subgenre. It’s a recycled storyline we’ve all come to expect from the dance movies. There’s going to be a girl who meets a boy and then joins a street dance troupe. From thereon, the film will have similar conflicts and similar plot points. The characters are also the same in every dance movie. Into the Beat works with the same tropes as well — a ballerina meets a hip hop dancer and falls in love. She then meets a dance group and now has to decide if she wants to follow hip hop or ballet. 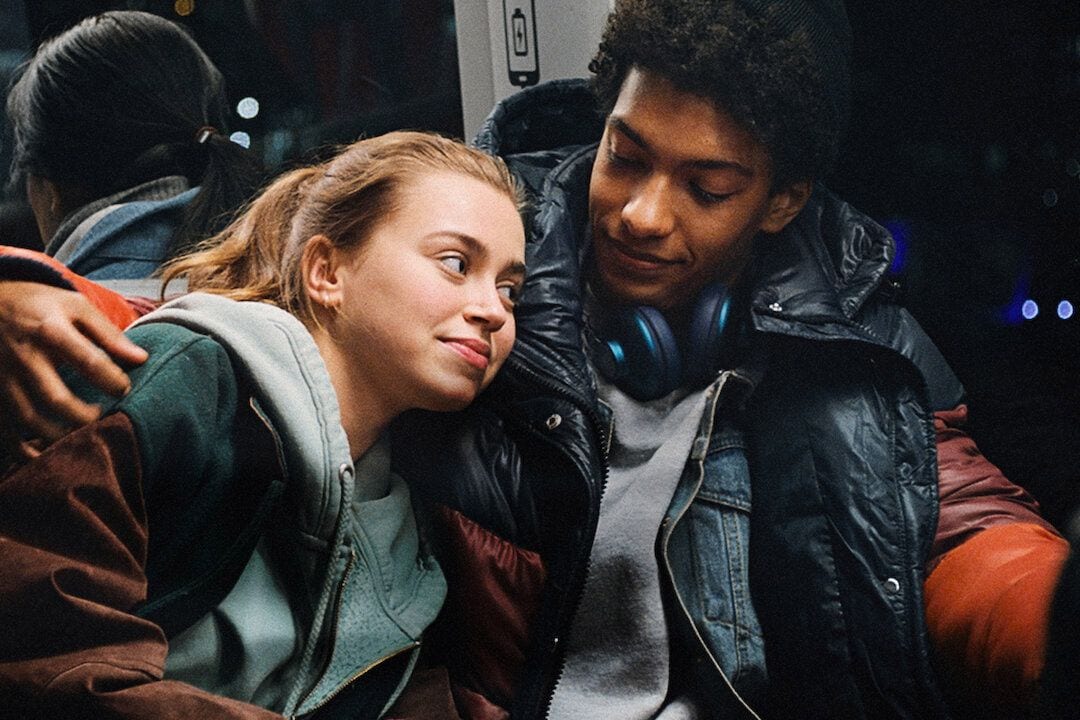 Alexandra Pfeifer plays the lead Katya. She’s a ballerina who has been trained in traditional dance for her entire life. But when she finds a whole new world of hip hop, she falls in love with it. Her perspective changes, and now she questions her future. Alexandra Pfeifer is a German actress and dancer, and Into the Beat is her debut feature film. She won a nomination for the German Jupiter Award for her role in this film. Yalany Marschner plays another lead, Marlon. He is a 17-year-old hip-hop dancer. He is the love interest of Katya and also introduces her to the world of hip hop. This film is also his first feature. Ina Geraldine Guy plays Feli. The guy is an accomplished German actress. She has appeared in many films and series in her career. She has starred in Percy Jackson & The Olympians: The Lightning Thief and Spotlight.

Julius Nitschkoff stars in the film as the character of Jo. Julius has previously starred in the 2015 film Als wir träumten, and the TV series, Der Lehrer. Katrin Politt plays the character of Frau Nemec. The German actress is best known for her role in the TV series Der Dicke. She went to continue the role in the follow-up series Die Kanzlei. She gets to flex her real-life martial arts skill in the film. Trystan Pütter plays a role in the film as Victor. He’s acted in films like Anonymous, War Horse, and Toni Erdmann. The cast also includes Helen Schneider as Frau Rosebloom and Anton Witchers as Paul Orlow. Nadja Stübiger plays Romy, Julia Strowski plays Janine, and Dennis Kyere plays Pepper. There’s also Yehudi Baptiste as DJ Karim and Vartan Bassil as Ali Frazer. 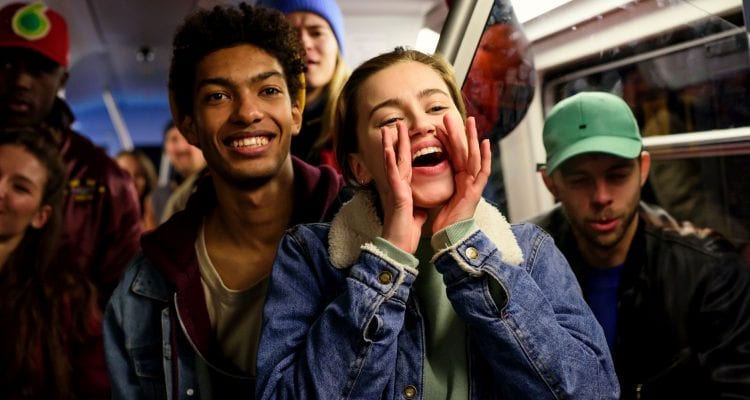 Into the Beat — Premise and Plot Details

Into the Beat revolves around an inspiring ballet dancer named Katya (played by Alexandra Pfeifer). She is a traditionally trained ballet dancer. She dreams of being selected for the New York Ballet Academy. Her father is a famous ballet dancer. When he gets injured one day, the pressure on Katya to pursue her dreams increases even more. This is because his father has always wanted this for her too. One day, her bike breaks down on her way home. That’s when she finds herself in the world of hip hop. She’d introduced to a community of hip-hop dancers and discovers a whole new world of hip hop. There’s this whole familiar yet cute sequence of the girl finding herself in a world she didn’t know existed. She looks on in awe and joy as she falls in love with the hip hop world and the dance.

As she falls in love with hip hop and the community, she also falls for one of the boys — Marlon. He shows her the ropes and soon becomes her dance partner. Katya gradually becomes a part of hip hop and engrosses herself in the world. However, while she becomes more and more involved with hip hop, her ballet skills start dulling. Katya tries hard to juggle between hip hop and ballet. Consequently, She increasingly reaches her dance practice very late and tired. With her audition approaching, her instructor starts worrying about her. Despite her difficult attempts at trying to keep up with two lives, she realizes she’d have to choose one. And no matter what she chooses, she’d lose someone or something in the process.

Into the Beat is a Trope-y Yet Heartwarming Dance Film

There’s a lot of elements that are very familiar and recognizable right off the bat. There have been so many dance movies that play on the same beats and formulas. This one’s no different. There are similar characters the film’s story builds upon. The new world of dance that Katya discovers is a very used trope in movies like this. The whole ‘traditional dancer breaking out of the mold expected from them and discovering a new life is also cliché. But despite the predictable story and formulaic, cliché, and trope-y elements, it’s a cute and heartwarming film. The film doesn’t do anything new or different. It builds on the same tropes and similar premises, but it does it with a cute flair. The two leads of the film are very cute together, and so is the film’s tone throughout. 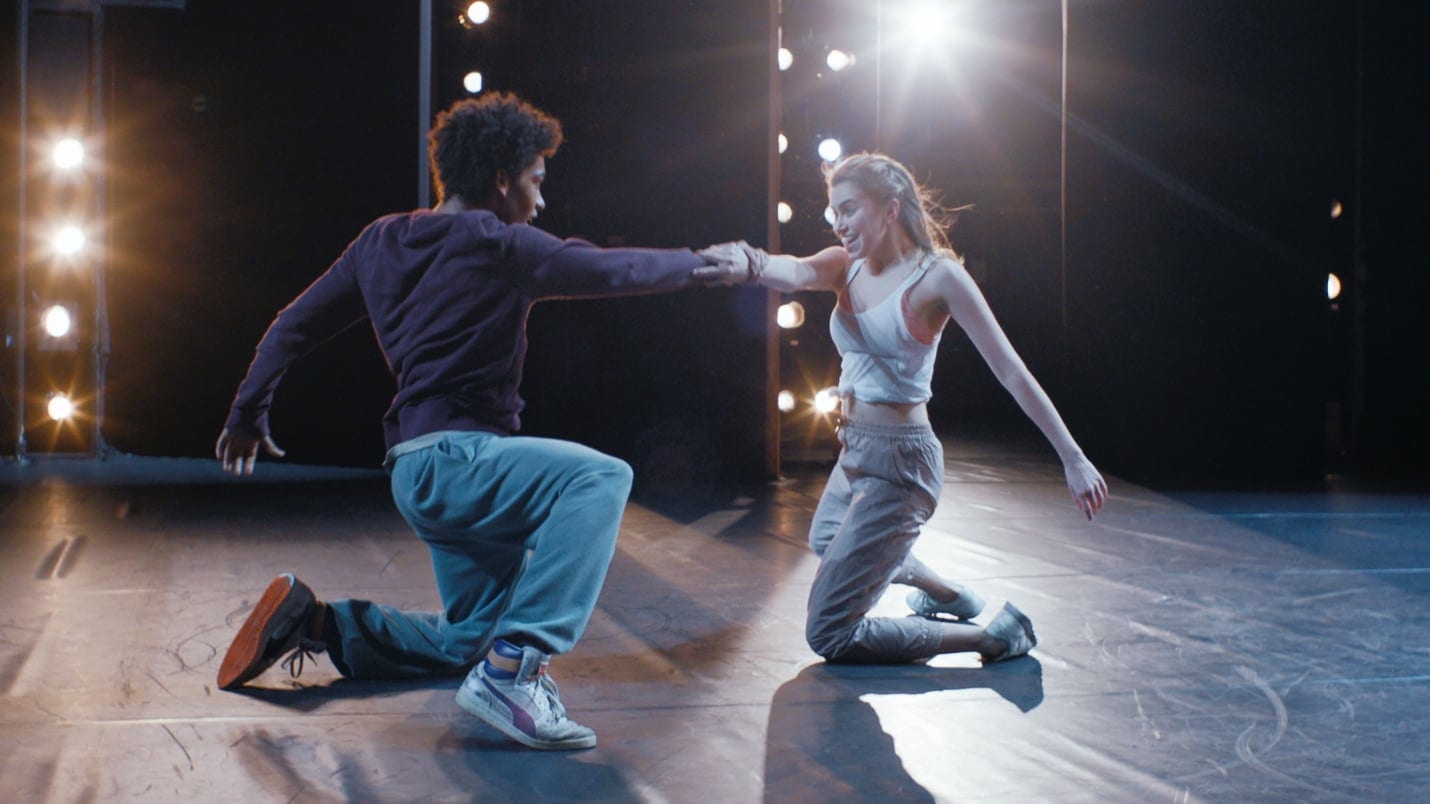 It is Katya and Marlon’s performance as the two lovers that contributes the most to the film’s cuteness. They’re arguably the best part of the film. There’s great chemistry between the two characters. Whether they’re shaking a leg together or sharing a moment off-stage, they’re cute throughout. They’re also electrifying and the heart of the film. The film is both of their debuts on the big screen. And for their first time on a feature film, they’ve done a good enough job. Being a dance film, most of the emotions are conveyed through physical performances. Both Alexandra Pfeifer and Marschner bring a spark and a spunk in their dance routines. Others in the cast have done an alright job as well. In a film riddled with tropes and clichés, their performances bring a bit of charm and heartwarming quality.

Going into the film, you’d expect your run-of-the-mill, familiar story about dancers and the whole spiel. And this film does have all of that. It is not breaking new ground or trying to do things differently. Right off the bat, you know what you’re getting into. You’ve seen it in the Step Up movies and Save the Last Dance. A ballerina discovers hip hop and falls in love with it. The story of a boy and a girl coming together from two separate worlds and falling in love is common. And it doesn’t reinvent the genre either. But the film doesn’t have to. It can cater to the expectations of the viewers without doing that. If you know the premise and the story is going to be similar, more or less, all you need is good execution.

Although the film Into the Beat doesn’t break any risks creatively or visually, it carries enough charm to make it worth a watch. It’s a feel-good story that’s made good by the cute performances and characters. That’s where its greatest strength lies, and it does a good enough job at it. Our rating for Into the Beat is 2.5 out of 5.