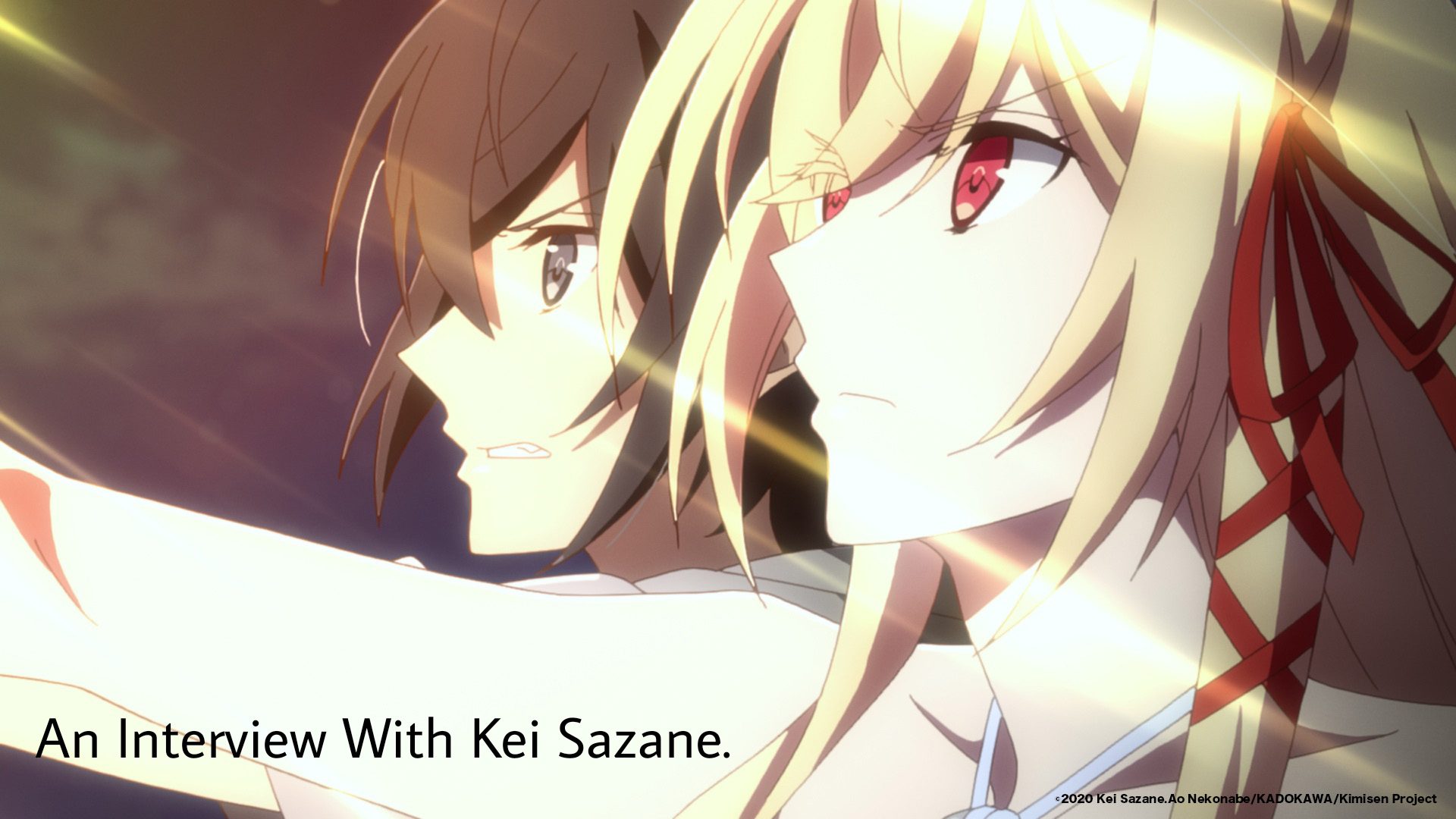 Fantasy stories are always intriguing. A good fantasy story is always overflowing with an indulging plot leading its character towards development. Our Last Crusade or the Rise of a New World, popularly also known as KimiSen, is a Japanese light novel series written by Kei Sazane and illustrated by Ao Nekonabe. In 2020, the novel inspired an anime adaptation that was appreciated by several fans all over the world. People who have watched the anime adaptation took a huge liking to the source novel too. This month, Mipon did an interview with the author of KimiSen, Kei Sazane, who talked about the anime adaptation behind the scenes and his opinions about the novel. Interestingly he also talks about the involvement of ecchi elements in an anime for fan service, which is quite a popular concept in anime.

The KimiSen novel was published in 2017 by Fujimi Shobo in Japanese and later translated to English and published by Yen Press. Later, the manga was adapted into a manga (in 2018) which was serialized in Hakusensha’s Young Animals magazine. The light novel has been compiled into 11 volumes, out of which six volumes have been translated to English. Volume 7 of KimiSen will be available for sale on Amazon from October 12, 2021.

KimiSen is an entertaining novel with several fans overseas as well as in Japan. In the interview with the author of KimiSen, Kei Sazane gives us a glimpse of what an author in Japan aspires and looks for in an anime adaptation of their work.

“When I started writing KimiSen, I really wanted to put more emphasis on interpersonal and romance story elements, not to the extent of a conventional love story, but so that there was equal focus on action and romance” – Kei Sazane, 2021 (source: Mipon).

Mipon interviewed Kei Sazane, a renowned author of Japan. Kei Sazane is a patient man who answers all questions with the utmost professionalism and calmness. He reveals that KimiSen is his first work to be adapted into an anime, and he was thus fairly new with the experience as well. In the interview, he shares his thoughts about the behind-the-scenes of an anime adaptation. Kei Sazane was satisfied with the way that the anime was developed and also praised the animation. He talks about how the anime’s flow in different emotional transitions impressed him as well. 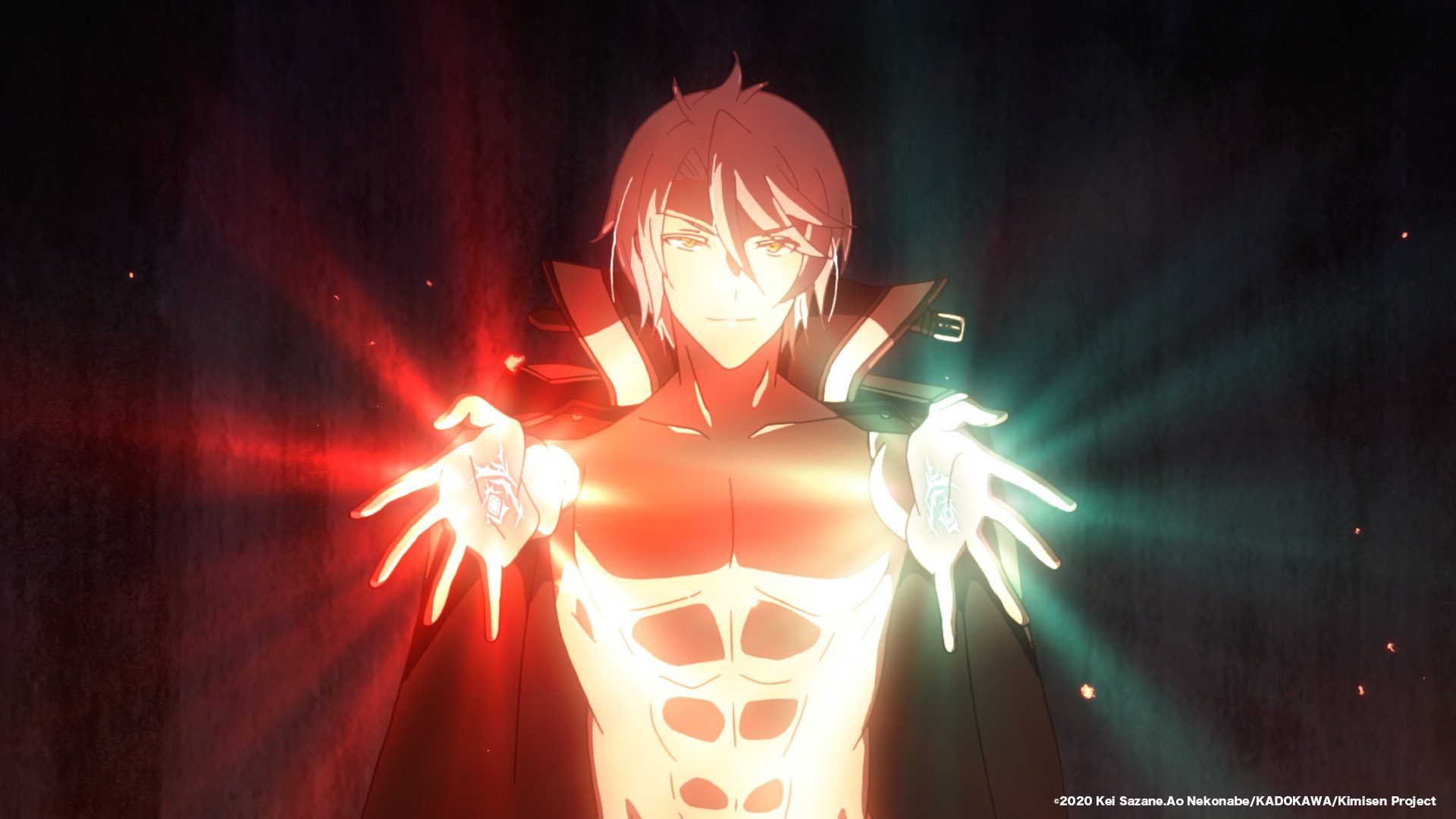 KimiSen was not created overnight. Although the novel was published in 2017, the idea had already been in Kei Sazane’s mind since 2014. This depicts the author’s dedication and determination towards his work, which resulted in the creation of KimiSen as we know it.

Kei Sazane also presents his opinions on different characters and makes comments about ecchi fan service in the anime. Towards the end of the interview, he leaves a short piece of advice for all the budding illustrators and authors. He advises all inspiring youngsters to gain experience by going through works that inspire them.

You can read the full interview on Mipon’s official website. This is only the first part of the interview but the second part will be updated soon so stay updated with Mipon’s newsletter to be the first to read about it!

Kei Sazane is an author from Japan who has written several impressive manga and light novels. Most of his notable works are of the fantasy genre with an intriguing plot. His earliest published works trace back to 2012. Other than KimiSen, he also wrote the stories of Hyouketsu Kyoukai no Eden, Fukanzen Shinsei Kikan Ilis, and Homa-kou Tozan-bu Diary. His works are widely appreciated in Japan. KimiSen was his first work that was adapted into an animation.

KimiSen is a fantasy and romance genre light novel series that took over fans’ hearts with its melting warmth between the two main characters. Out of all, character development has been crafted with utmost care. KimiSen’s story begins with a fateful meeting and their common desire of wanting to end the war. Set amidst the war of two nations, one that masters technology and another that masters magic, this is a story about Alice and Iska who want to see the two nations become one. The story forges some serious thought into its readers as it progresses to explain and depict the loss and regrets that come with war and destruction. 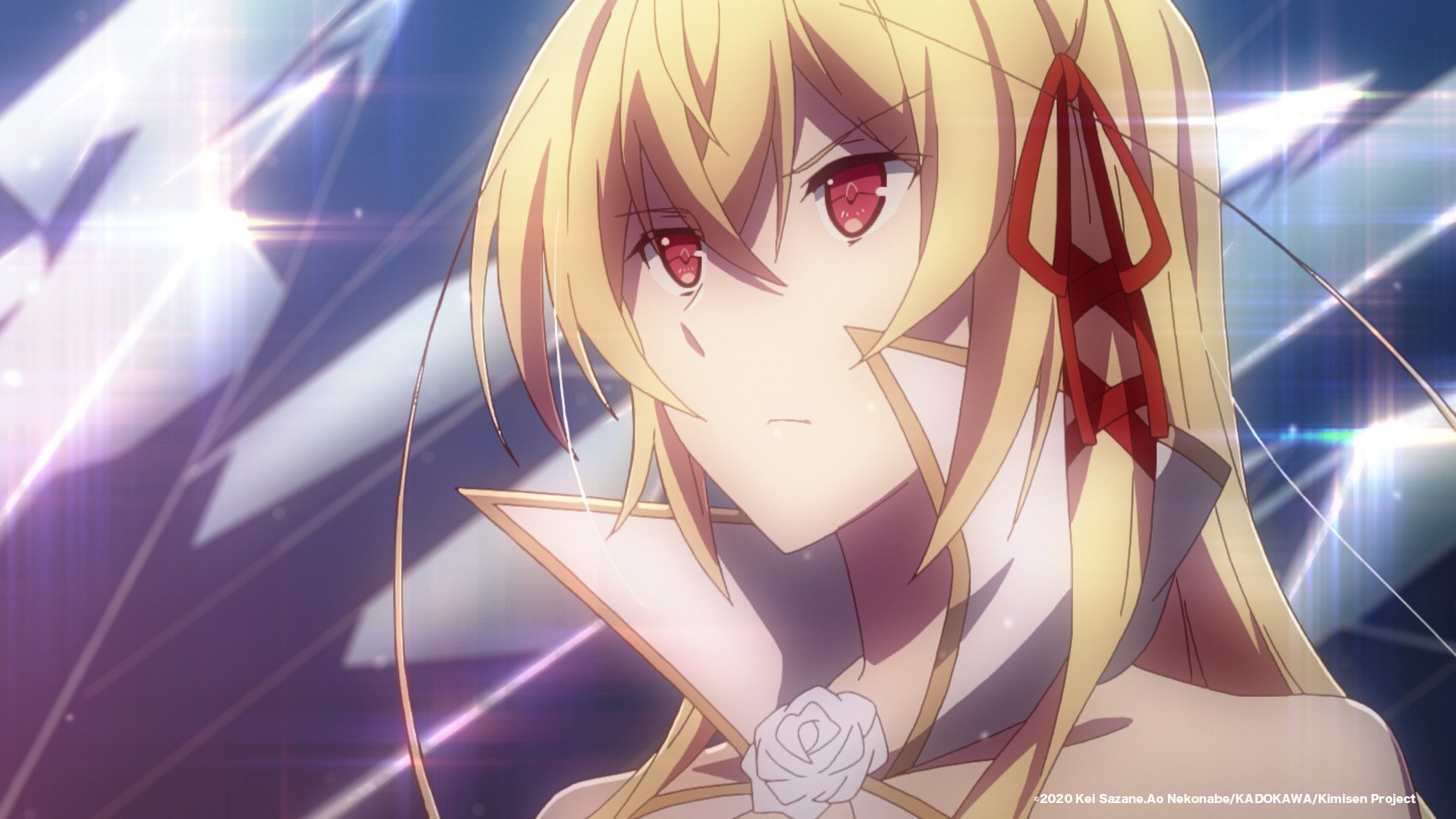 Iska and Alice begin as enemies but eventually begin warming up to each other and grow a deep bond. Leading to magical and mecha fights, KimiSen is a novel and anime that I would highly recommend to people. The story is enjoyable with some very amazing art and animation from Silver LINK. 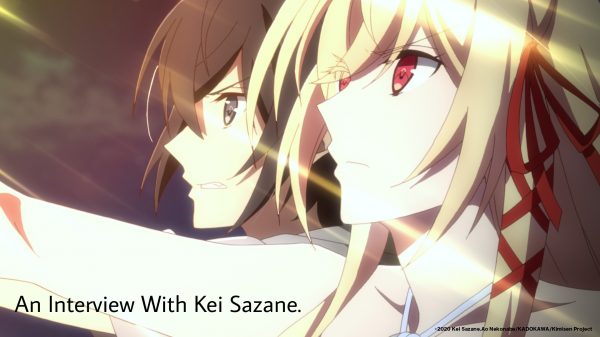 Fantasy stories are always intriguing. A good fantasy story is always overflowing with an indulging plot leading its character towards development. Our Last Crusade... 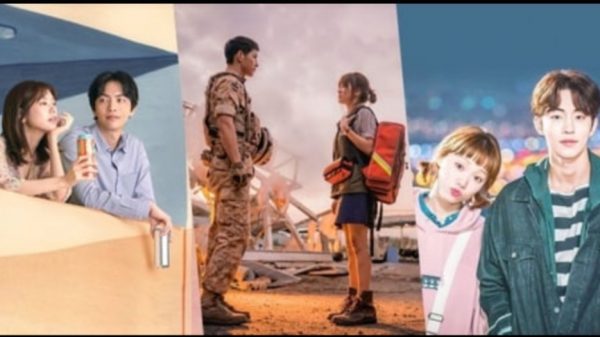 31 Best Romantic Korean Dramas of all the time

What are the best romantic Korean dramas? Nowadays, people are very much inclined to Asian entertainment. Also, not to forget, especially the Korean dramas... 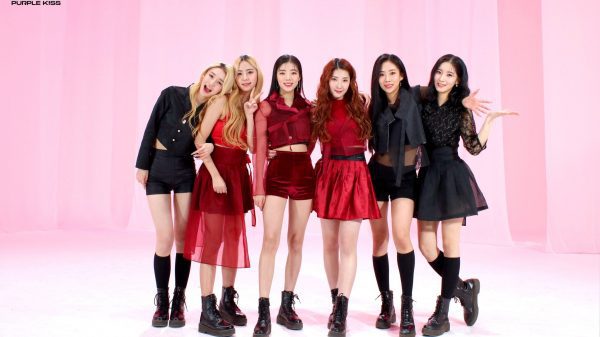 Songwriting is definitely not an easy task. And when it is the song for an artist making their debut, there are no chances for... 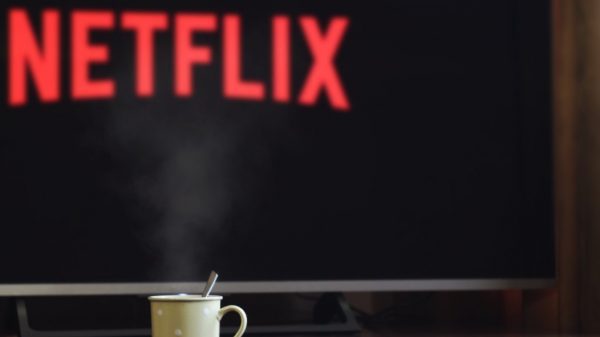 Why does My Screen go Black on Netflix?

Does your screen turn black when you’re streaming on Netflix? Why does my screen go black on Netflix? So frustrated you can’t Netflix and... 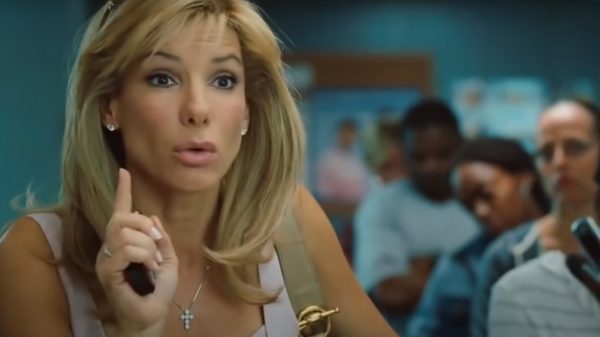 Is The Blind Side on Netflix? Plot & Ending Explained

The Sandra Bullock sports drama movie you look for streaming. Is the Blind Side on Netflix? We plan to answer that question on Otakukart.... 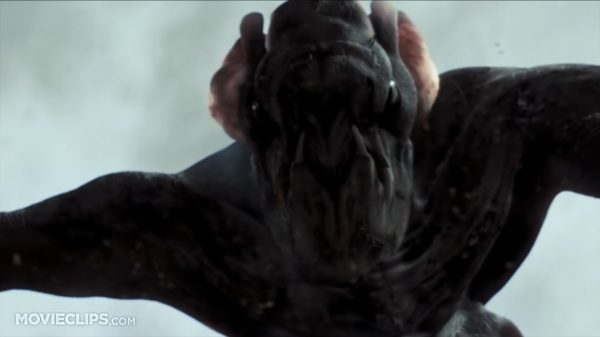 Cloverfield Ending Explained: What Happens To Rob & Beth In The End?

Today, we will get the Cloverfield Ending Explained! If you are curious to know what happened at the ending of the 2008 Monster film,...