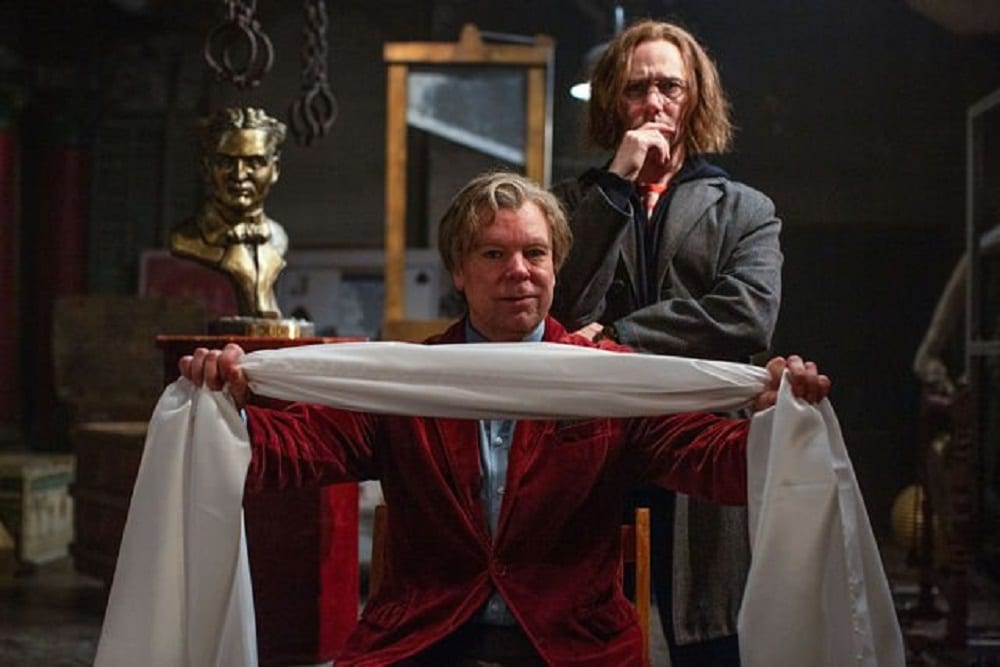 Inside No. 9 Season 6 Episode 1 is going to release soon and here's all you need to know about it.

‘Inside No 9’, the British black comedy anthology TV series, is returning with its sixth season and will soon be airing its first episode. Created by Steve Pemberton and Reece Shearsmith, the show made its debut on 5th February 2014. It recorded a huge viewership of 1.06 million users from the UK on its premiere itself. Moreover, the audience fell in love with the show instantly due to its great comic timing and its take on various topics.

The critics also deemed the show as one of the best comedy series ever because of its versatile actors and its writers. In fact, the show currently has an average rating of 8.5/10 on IMDb and an average score of 100% on Rotten Tomatoes. Consequently, BBC has renewed it time and again for a new season owing to its grand success. As a result, the show is now returning with its sixth season. So, let us find out everything about the show and its upcoming sixth season further in the article.

Everything you need to know about ‘Inside No 9’:

‘Inside No 9’ is a British TV series created by Steve Pemberton and Reece Shearsmith. They are also its writers, and the show runs in the genre of black comedy, horror, and anthology drama. The show is an anthology series, and hence, each episode follows a new story featuring new characters and a new scene. It has aired a total of 31 episodes to date over the course of 5 seasons. It used to air an episode on BBC every week with each episode having an approximate runtime of 28-30 minutes. Adam Tandy is its producer, while Jon Plowman is its executive producer. BBC Comedy is the production company that has funded the project, while BBC Two HD and BBC Two were its original broadcasting network. Now, let us have a look at the cast for the soon-to-be-released sixth season of Inside No. 9. 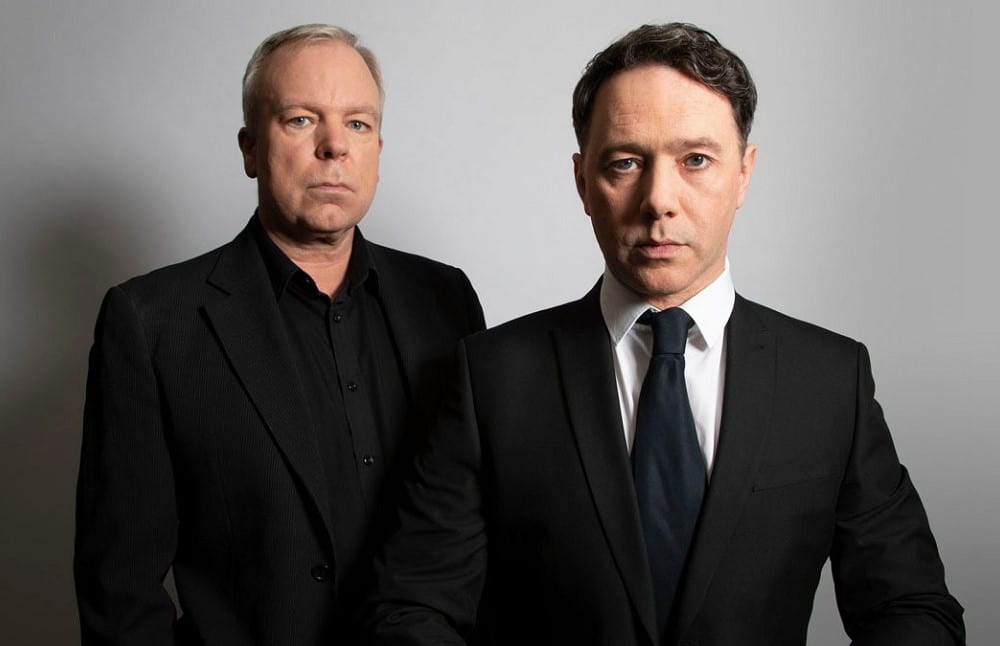 A still of Reece Shearsmith and Steve Pemberton, the creator of the series ‘Inside No. 9’.

Paterson Joseph as Pantalone (Episode 1): Paterson Joseph is a British actor who has appeared in the Royal Shakespeare Company productions such as “King Lear” and “Love’s Labour’s Lost”. Some of his other popular works include “Law & Order: UK”, “You, Me and the Apocalypse”, “In the Name of the Father”, and “Æon Flux”.

Reece Shearsmith: Reece Shearsmith is an English comedian, actor, and writer who is quite popular for his works from “The League of Gentlemen”. Some of his other famous movies and shows include the “P.R.O.B.E.” film series, “Shaun of the Dead”, “An Adventure in Space and Time”, and the “Auton” movie franchise.

Steve Pemberton: Steve Pemberton is an English comedian, actor, and writer who is popular for being a part of the surreal British sitcom “The League of Gentlemen”. He has been a part of several other brilliant films and series. Some of them are “The Old Curiosity Shop”, “Agatha Christie’s Poirot: Death on the Nile”, “Killing Eve”, and “The Hitchhiker’s Guide to the Galaxy”.

Sian Clifford: Sian Clifford is an English actress. Some of her best works include “Fleabag”, “Vanity Fair”, and “Two Weeks to Live”.

Adrian Dunbar: Adrian Dunbar is a Northern Irish director and actor who is popular for his works from theatre and TV. Some of his best movies and shows are “Hear My Song”, “Eye of the Dolphin”, and “Ashes to Ashes”. 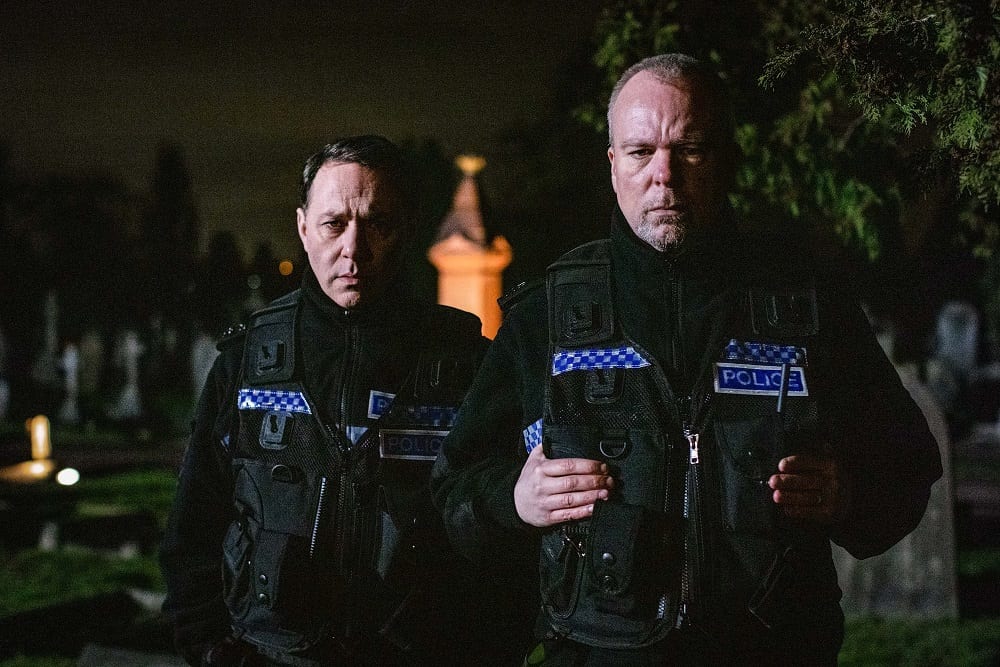 A still from Inside No. 9 Season 5 Episode 6 i.e. the finale for the previous season.

Inside No 9 Season 6 Episode 1 Spoilers:

Inside No 9 Season 6 Episode 1 is titled “Wuthering Heist”. Guillem Morales has directed the first episode. In this upcoming episode, we will get to see a new character named Pantalone (played by Paterson Joseph). He will be hiring a gang to execute a diamond robbery. However, he is unknown to the fact that half of his gang has planned to double-cross the others. So, you can definitely say that the premiere episode of the sixth season is going to be thrilling and gripping. The production has even released a trailer for Inside No 9 Season 6 on BBC Trailer’s YouTube channel. It has already crossed 61k views and you can click to watch it below.

Inside No 9 Season 6 Episode 1 Release Date:

Inside No 9 Season 6, Episode 1 is going to release on 10th May 2021 i.e., on Monday at 9:30 PM BST. You can tune in to BBC Two HD or BBC Two to watch the episode at the above-mentioned timeslot of broadcasting. However, you can even stream it on the official website of BBC just a day after its official broadcast. Apart from all this, the series will be available on iTunes, Amazon Prime Video, Apple TV, and Vudu. So, brace yourselves as the British black comedy anthology returns this week with yet another humorous and quick-witted season to entertain all of you.