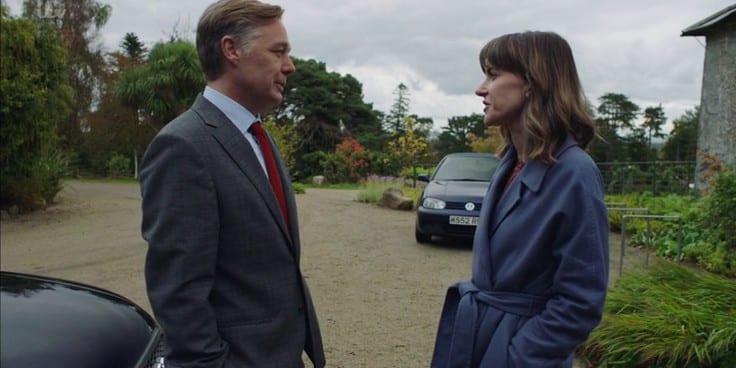 Another ITV crime drama comes to a season end. Innocent recently aired its fourth and final episode of the second season to compensate for the story. Another thrilling ride joining the ranks of the other ITV crime dramas that stand up for the network. The British anthology series originally debuted in May of 2018. Matthew Arlidge and Chris Lang created the show telling a crime tale compensating inside the four-episode structure.  The positive thumbs received for the show allowed ITV to it another run in turn that told a new story altogether.

The second season of ITV’s Innocent told the story of Matthew Taylor. A 16-year-old kid was murdered in the Lake District. The case took five years to find out that the accused Sally is not guilty, which led the case to continue and Sally being released. The finale of the episode came closing in with Sally hoping to move away with Sam as soon as Matthew Taylor’s case is solved. Plus, Karen and Bethany were brought into the case, with Bethany confessing a story that didn’t sum up. So what went down? Is Bethany the killer or someone else? Here we are taking a look at the end of Innocent Season 2 Episode 4.

What Went Down In Innocent Season 2 Episode 4?

The finale of Innocent Season 2 opened up to Bethany looking for a missing Sam who is spending time with Sally. They still believe to go on after their tragic loss of a baby. After leaving Sally’s home, Sam came across a voicemail from Aaron whereas Mike got the news about Karen’s DNA match. After constantly denying her connection with Matthew, Karen finally confessed to throwing him out. On the other side, Sam and Aaron went through a confrontation when Aaron asked for money to keep Sam’s secret. 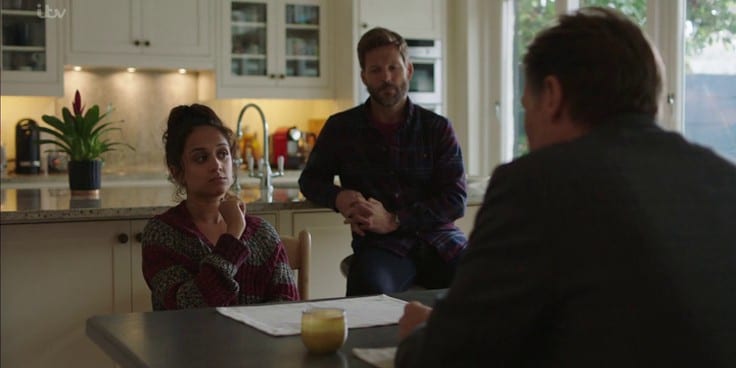 At the school. Bethany confronted Sally accusing her of setting her mother up. Furthermore, she went on to confront Sam for having an affair with Sally when he picked her up. Mike came following to question Bethany, only for her to get angrier. As Mike briefed at the station on everything went down, he and his team began to look for the bottleneck around Karen’s house which could be hard evidence. Furthermore, Sally asked for resignation from the school and planned to move away with Sam.

Suzy gave a cue of a neighbor to Mike while they took Bethany in for breaking into the school. Bethany confessed to killing Matthew by hitting the bottle on his neck once, but Mike and Suzy didn’t buy the story. Upon digging more into her story, Bethany stated she doesn’t want her mother to take the fall for the murder and soon told Sally to spend the night with Sam the same night. 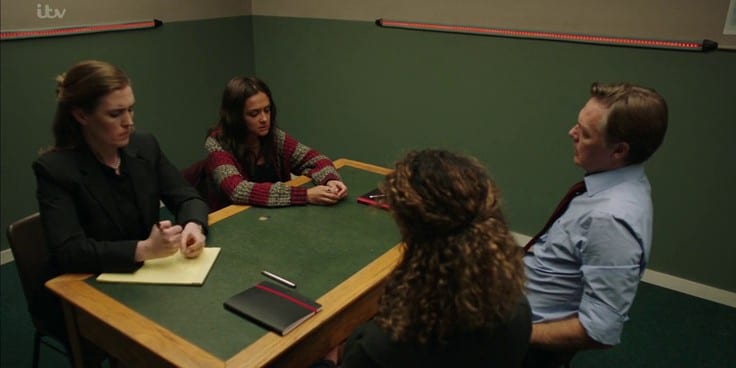 Bethany’s story still didn’t sum up. Mia came in tracing the Amazon gift card of Matthew. The imprints revealed Sam’s name behind it. Also Sam’s alibi Aaron confessed to lying to Sam to Mike as well. Sam was the target who was planning to move away with Sally now. On the other side, Sally figures out about Sam’s affair with Matthew as well. They fought over it to Sam ultimately confessing and getting arrested by Mike and Suzy who soon arrived at the scene.

So, neither Bethany nor Karen were behind the murder of Matthew. Even though Bethany confessed a cooked-up story for saving her mother. The story doesn’t come slightly close to the evidence found. It was a completely different story after all. Why? Because Sam was the one having an affair with Matthew and also the one who killed him. Sally didn’t know Sam was gay when she married her. Upon confronting the imprint, Sam decided to confess he knew about it a long time and found a way after marrying her as well as sleeping with men secretly. 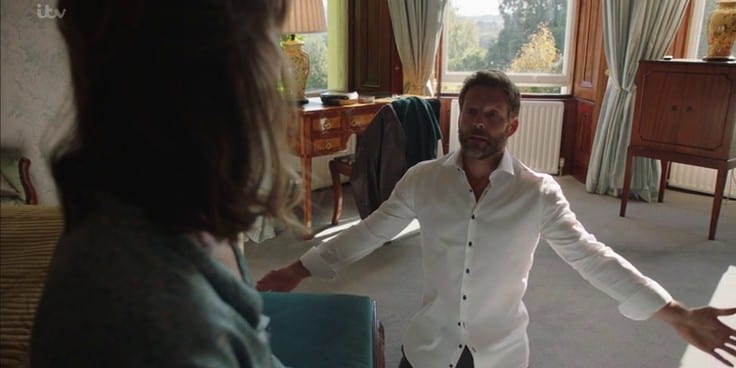 Furthermore, Sam planned to come clean to her but when he saw Matthew with her, it changed it all for him. Sam confessed to being in love with Matthew, but they broke things off. Matthew went on to accuse Sam of abusing him and threatened he will open up the affair to everyone by throwing a bottle at him. This led Sam to pick it up and murder him. The ending moments of Innocent Season 2, as mentioned above, saw Mike and Suzy arresting Sam as Sally broke down. Later Mike comforted Sally before Sally left to aid her mother while Karen and Bethany came close together at home.