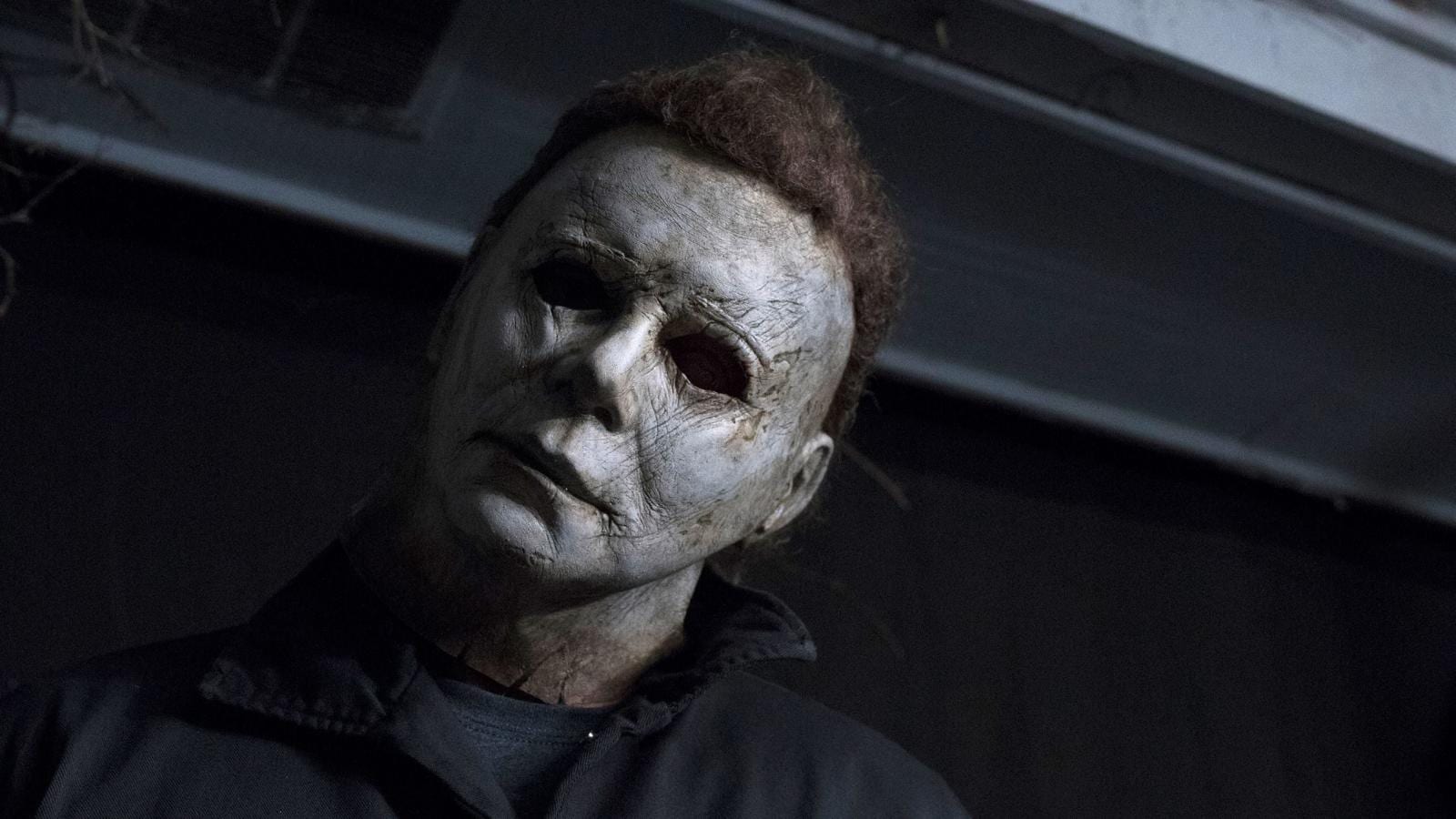 Be it the classic American horror movies, dangerous psychological thrillers, or straight-up adventurous superhero fantasies, somehow, we always chance upon a character who was extremely sweet and fragile in the beginning but turns out to be an evil monster by the end of the movie! The character of Loki from ‘Thor’, Jason Lee from ‘The Incredibles’ or Harvey Dent from ‘Batman’, to name a few. What intrigues the audience the most is that the ones we never doubt to be evil turn out to be the supervillains of the movie.

This definitely serves as a nice plot twist in the movie and leaves the audience and the viewers in shock. We have assembled a bunch of movies for you that highlight the existence of such characters who gave into their deepest and darkest desires and became wicked, sinful, and even ungodly! Feel free to browse through this awesome, jaw-dropping collection of movie characters that became corrupt and evil in the very last moment.

Michael Corleone From ‘The Godfather’ 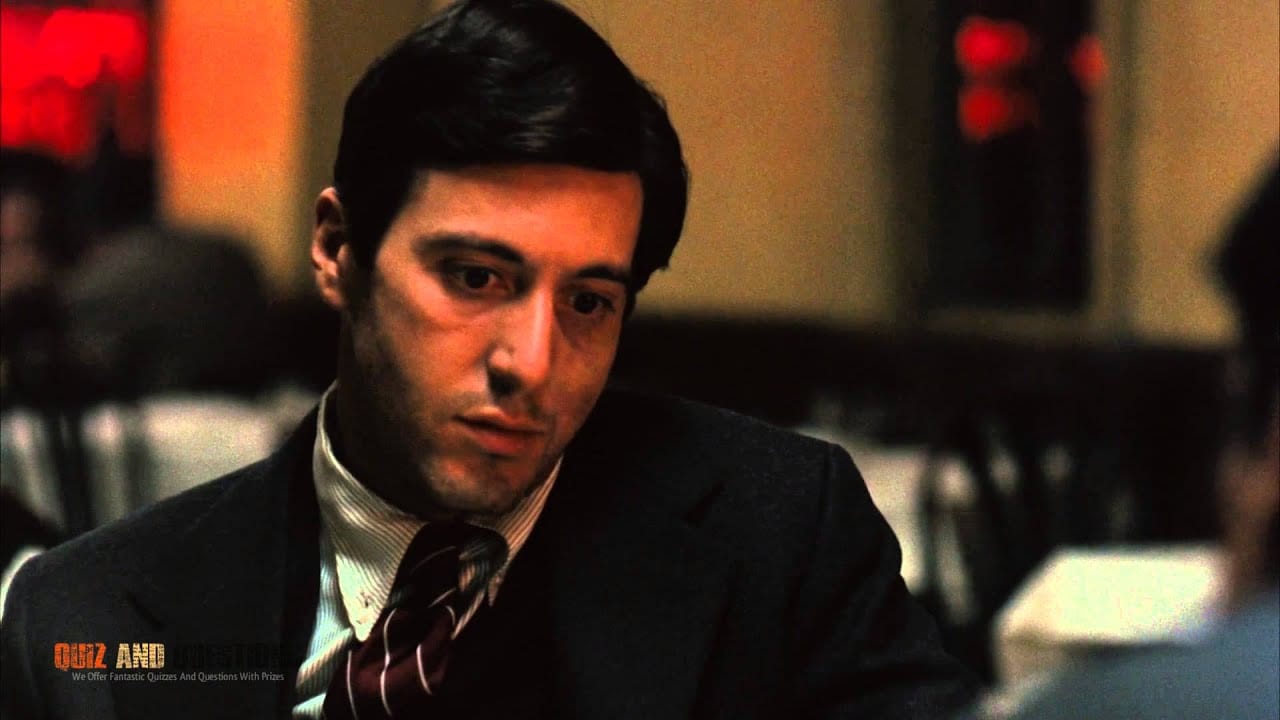 Even though Michael was the most powerful member of the Corleone family, he did not want to indulge himself in the family business. Nonetheless, he decides to get involved when an assassin tries to murder his father. He was a good man who was extremely reliable. But, he became extremely ruthless once he became a part of the family business. He was quite mean, surprisingly, more than his own father. This behavior of his was triggered when he had to witness his wife getting murdered, in which he was supposed to be the target. He gradually turned into a murderer who started killing anybody who would get in the way of reaching his goal. He slaughtered a bunch of mafia leaders and dons, along with brutally killing Hyman Roth and his subordinates. In ‘The Godfather’, the audience can see how the character of Michael Corleone has changed in the sphere of personality and behavior. From a kind, quiet man, Michael became a deadly assassin who was completely unstoppable. 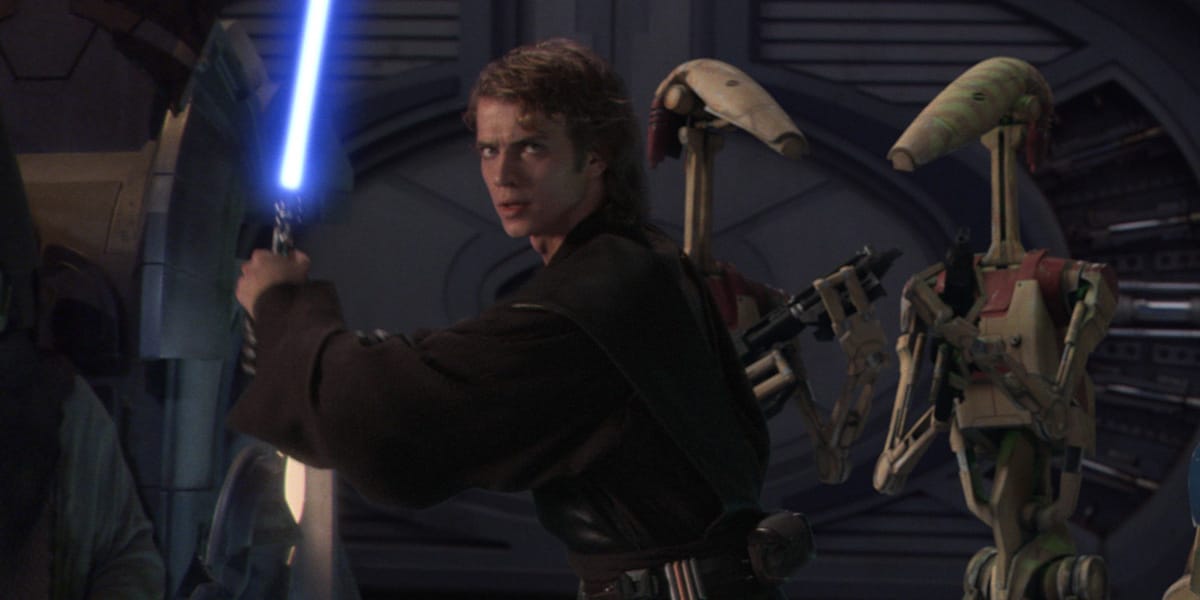 In the early ages, Anakin Skywalker was known to be a kind and generous man. He was extremely humble and loved helping people in need. He was a brave boy who was not ashamed of expressing how he truly feels. Everything about him was sweet and comfortable apart from the fact that he was extremely scared of losing people. This fear got triggered after Skywalker lost his mother. This fear, unfortunately, led him to a dark side of his mind. It birthed an evil alter-ego called the Darth Vader. When he fully converted to being Darth Vader, he became mean, arrogant, selfish, and evil. He would not trust anybody apart from himself. He became impulsive and started executing violent things without analyzing the situation or giving it a second thought.

Saruman From ‘The Lord of the Rings’ 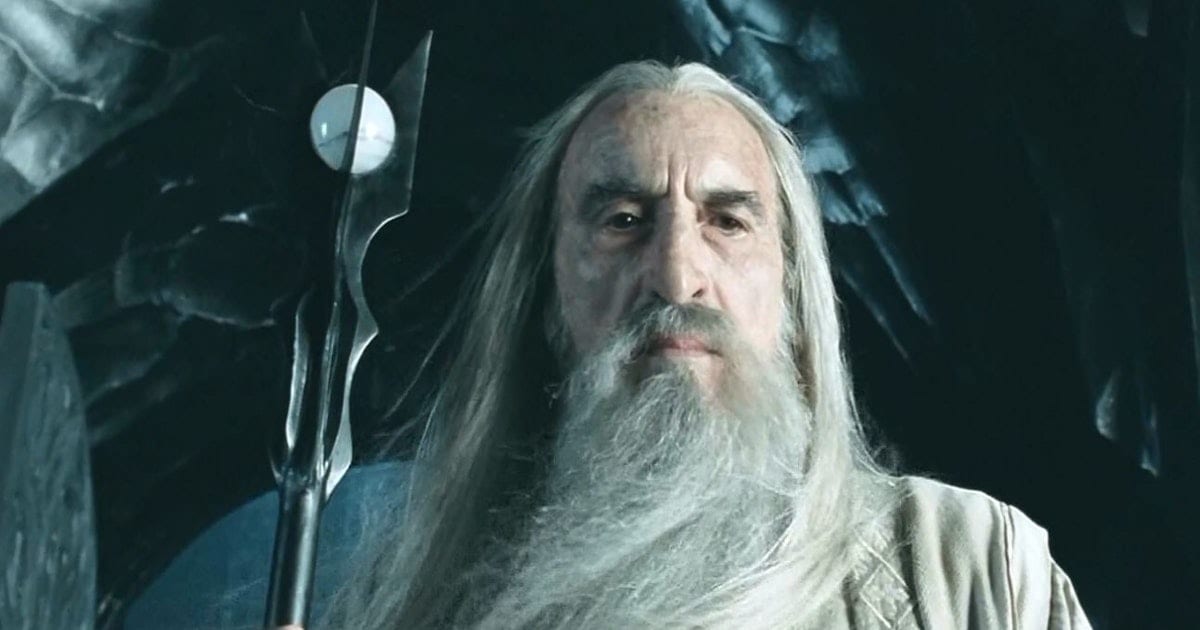 Saruman From ‘The Lord of the Rings’, C(New Cinema Lines Wing Nut Films)

Saruman was a man who liked to be on his own. He was a wizard who had a thirst for more knowledge. Gradually, he even became the leader of a number of wizards. He started studying the arts of Sauron, which was actually the study of dark magic. This eventually led him to desire the One Ring. This knowledge of dark knowledge turned Saruman into a greedy wizard who would do anything to have the One Ring in his possession. He decided to go meet Sauron and pretend to be his humble servant. His main motive was to somehow manage to steal the One Ring from Sauron and then take off. In order to own the ring, a war was held – War of the Ring. Saruman was defeated in the war, and the hunger of his greed was never fed. 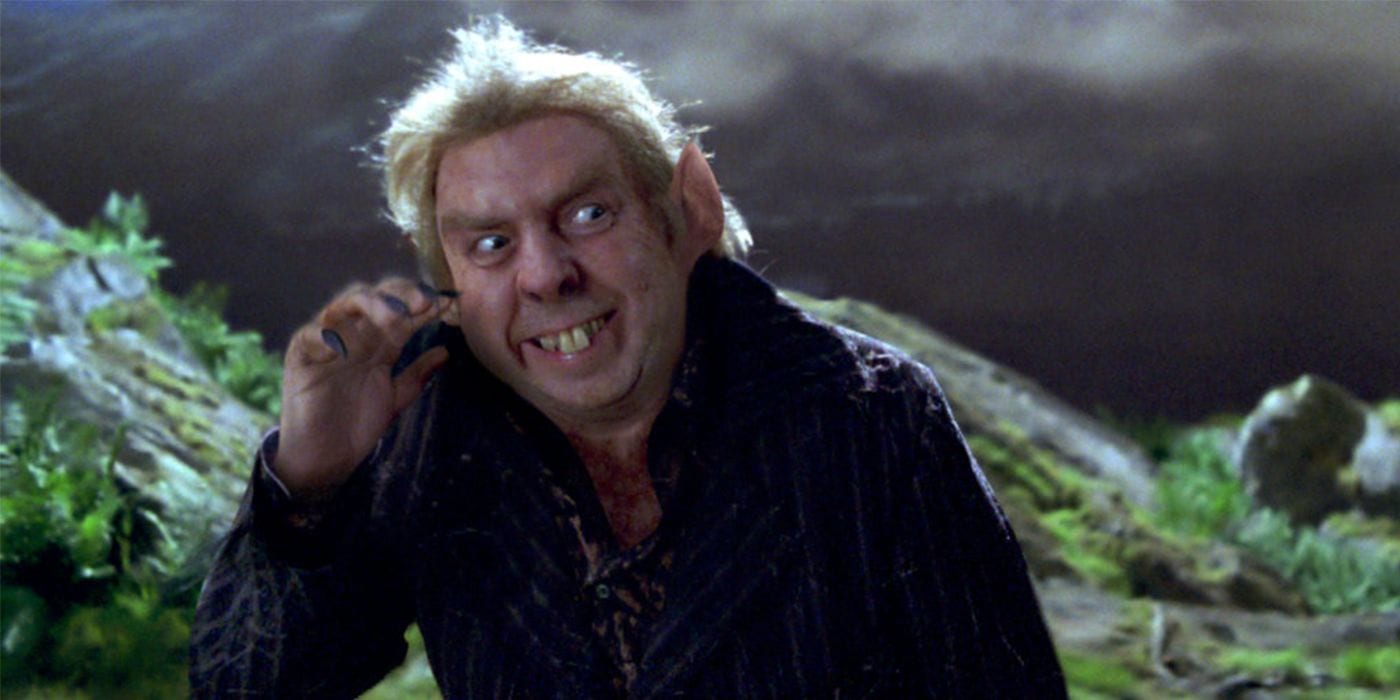 Also known as Wormtail or Scabbers, Peter Pettigrew was a wizard enrolled at the Hogwarts School of Witchcraft and Wizardry. He was a great student who became a part of the Marauders. Over the course of many years, he took the wrong path and started serving the evil Lord Voldemort. The fact that he was a member of the Order of the Phoenix did not mean anything to him anymore. He even betrayed his closest friends just for the sake of pleasing Lord Voldemort. After Lord Voldemort was defeated for the first time, Peter pretended to have died and made sure everyone thought that Sirius was the one who had betrayed Peter’s friends, murdered Peter and twelve other Muggles. Lord Voldemort was able to come alive due to Peter and hence, he continued to serve him by carrying out evil tasks. 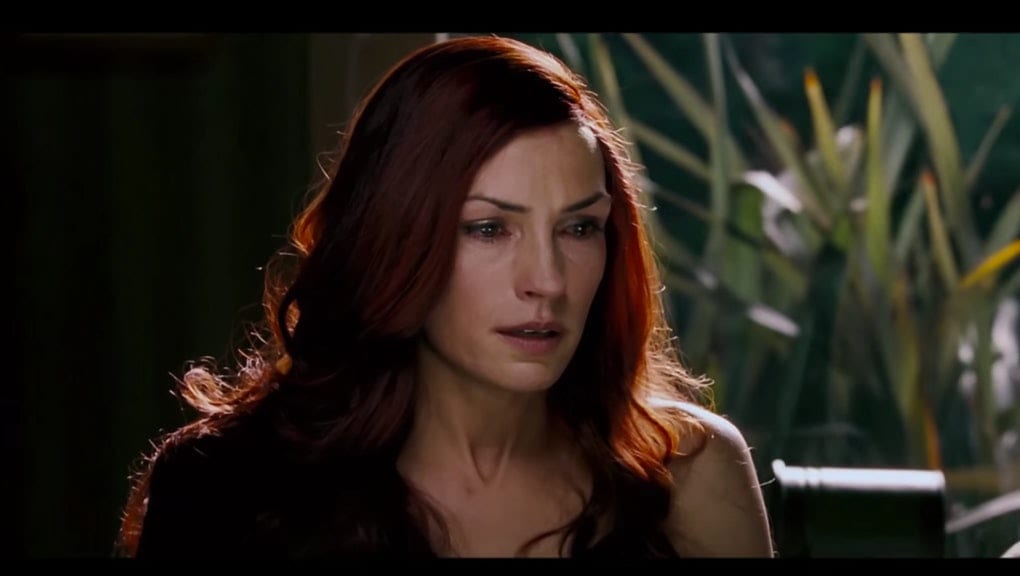 Jean used to be a humble, polite, and soft-spoken member of the X-Men. She was an intelligent woman who shared strong bonds with her loved ones, especially her lover – Cyclops. Jean was an extremely strong and brave woman who was willing to sacrifice herself for her team members or her close ones. Nevertheless, this perfect woman had an evil alter-ego named ‘Phoenix’. The Phoenix acts as the manifestation of her actual, deep, and dark emotions like rage, anger, and selfish needs. Nobody knows how much power the Phoenix holds over Jean’s mind. The Phoenix only seems to appear when Jean is going through a lot of emotional distress and is just not being able to cope up with anything. She, without any hesitation, murdered her lover, Cyclops, and her mentor, Professor X, and seemed to have shown no guilt after doing so.

Regan MacNeil From ‘The Exorcist’ 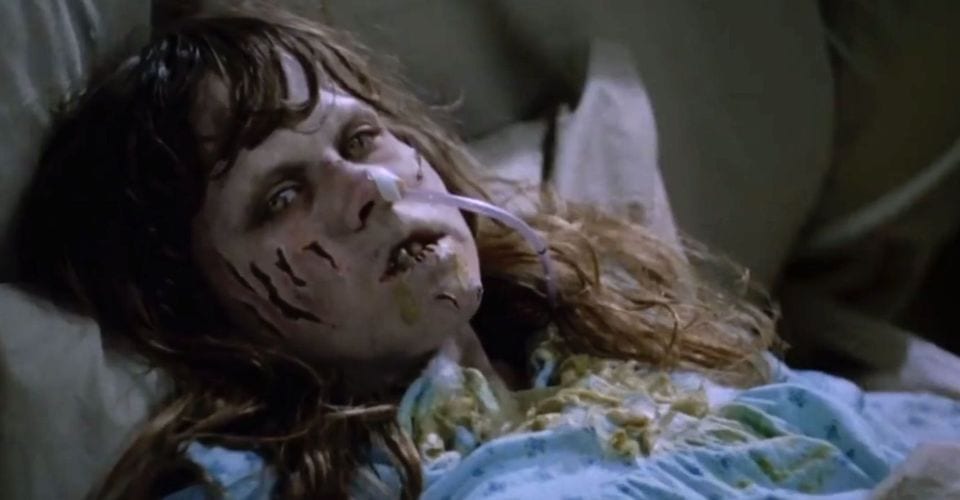 Regan MacNeil was a sweet little twelve-year-old girl who was extremely polite and caring. Her mother was an actress, and her father was not a part of her life anymore. Regan would do anything that she could to help her mother and take care of her. Her mother would, very frequently, receive animals made of clay from Regan as a gift. She would even bring her mother flowers everyday. She was shy and would never behave aggressively. Gradually, her mother started to see some strange changes in Regan’s behavior. After getting checked by the best doctors, it was declared that these changes were not neurological. Regan started getting an incredible amount of mood swings -n especially anger and despair. It was declared that nothing was wrong with her, medically. After showing her to a psychiatrist once her behavior became extremely violent, disturbing, and unnatural, he suggested that Regan should be shown to the priest since she might have been possessed. It was later declared that Regan was, in fact, possessed by a blood-thirsty demon. The priest was even killed because he was too determined on saving Regan.

Jack Torrance From ‘The Shining’ 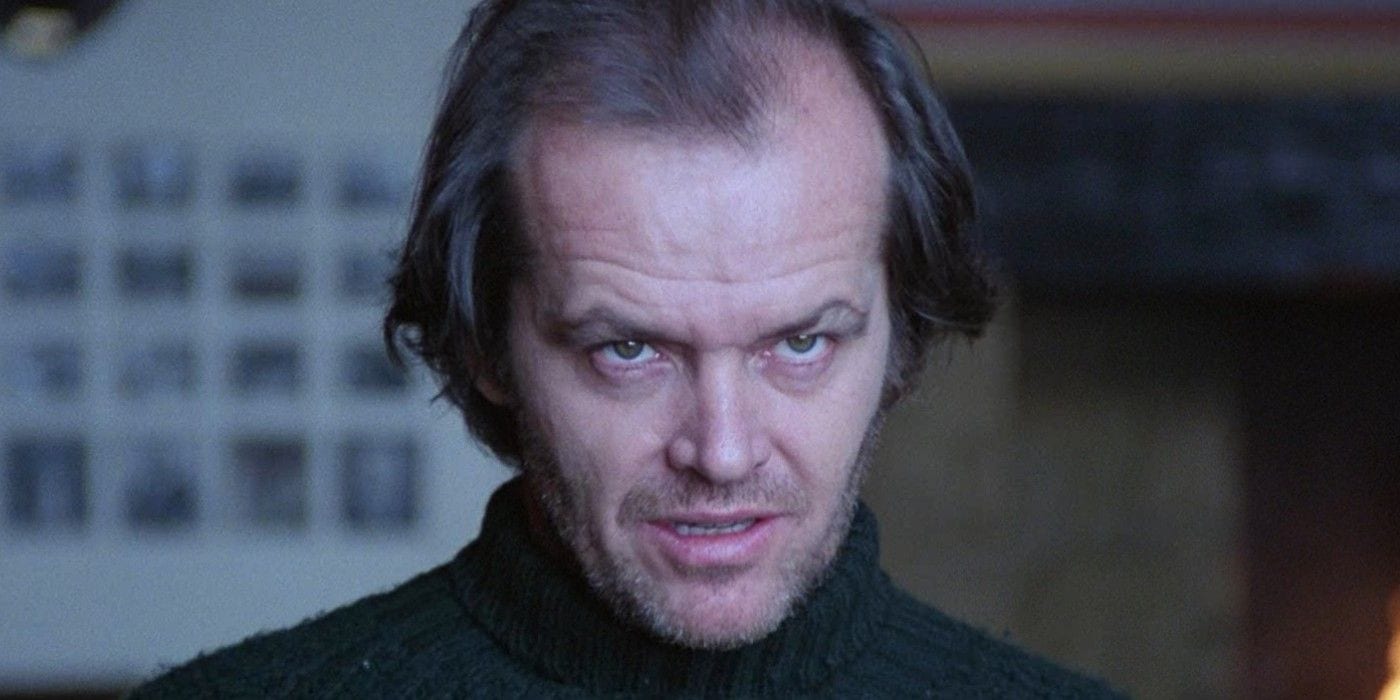 Jack had a small, lovely family of his wife, Wendy, his little son, Danny , and himself. Jack did not have a great childhood as he used to be verbally and physically abused by his father. Even then, Jack loved him and tried to care for him. Once Jack grew older, he became an author and was a former teacher. Later, he accepted a position as the caretaker of the ‘Overlook Hotel in Colorado’ for the winter, and he started living there with his family for a few months. He was happy that he finally got time to relax and work on the play that he wanted to write. In all actuality, the ‘Overlook Hotel in Colorado’ was home to a large number of evil spirits of the people who had died there. These spirits make Jack go crazy as they start drowning him in his alcoholism which, consequently, led to him to start thinking about his traumatic childhood. The evil spirits of the hotel end up possessing him, moreover driving him into wanting to murder his family. Thankfully, Wendy and Danny were able to escape the hotel and seek help, leaving Jack to freeze to death. 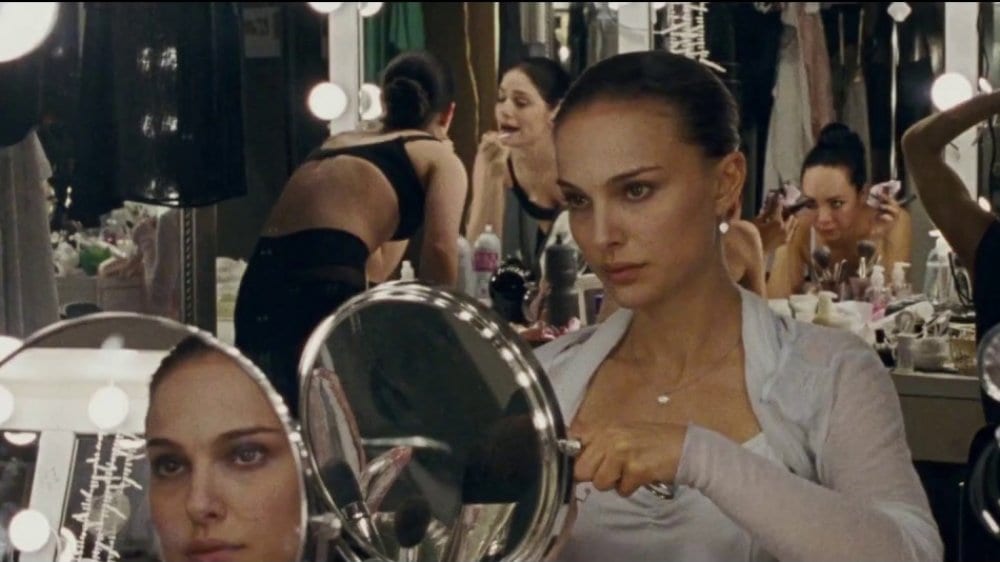 Nina Sayers was a beautiful and young ballet dancer at the New York City ballet company. They were about to perform the ‘Swan Lake’. The director of the program was not a very kind or gentle person and was named Thomas Leroy. Thomas wanted the same ballet dancer to portray the sweet, innocent, and virtuous White Swan as well as her dark, evil and sensual twin Black Swan. Nina was able to do extremely well for the part of the White Swan but was not being able to portray herself as the Black Swan. She was not able to do great in her audition, yet she approaches the director, and he says that she needs to become the Black Swan and emulate her characters to be able to dance well for the role. She lacked passion, and hence to “show her what passion is”, he forcefully kisses her.

From that day, Nina’s mental disorder, called Alter-Ego, got triggered. Her other personality was cruel, dark, and uncomfortably bold – just like the Black Swan. Nina starts indulging herself in bad choices and starts hallucinating things very often causing her to get violent at times. She even went ahead and kissed the director, which took him by surprise. After performing the ‘Swan Lake’, she had taken the personality of the Black Swan who stabbed the White Swan (which was herself) and hence, died.

Harry Osborn was a really nice man. He was well-off, never knew who his mother was, and was very attached to his father. As a child, he was a bit rebellious but would do anything and everything to impress his father, Norman. Norman was an industrialist who was extremely busy and never got time to bond with his son. Norman seemed to like Peter, Harry’s friend, which really annoyed Harry.

Norman was charmed by Peter’s behavior, worth ethics, and kindness. It was almost as if he wanted Peter to be his son. Harry’s annoyance was soon switched to anger and jealousy, which led him into indulging in various evil activities to hurt Peter. For instance, he built a romantic relationship with the girl Peter was madly in love with. After Norman was killed as the Green Goblin, Harry starts to believe that Spider-Man (who was actually Peter) was the culprit. He then tries to kill Peter to avenge his dead father.