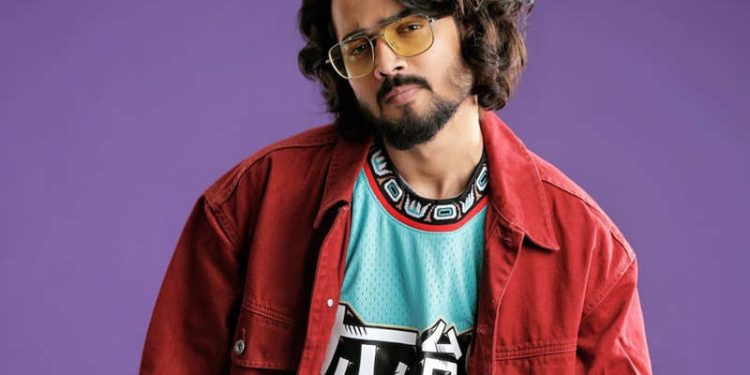 “I do not want to ignore this, this desire that I feel alive because I’ve never had so much”- Money Heist fans can’t hide their excitement. Well, why not, as the 2nd volume of Money Heist Part 5 will have its grand release on 3rd December 2021. However, this is not the only good news on the plate. Along with Bella Ciao, fans are cheering for another reason as well.

On 1st December 2021, a post on Instagram got viral in no time for all the right reasons. It was made by none other than one of the most famous Indian Youtubers, now an actor as well Bhuvan Bam. He is currently already on the trending list for his film Dhindora, which is gaining high praises from the audience. Now, he adds another feather in his cap through his Instagram post. Money Heist gained a tremendous fan following in India right from its Season 1. Even the cast from the series acknowledged this fact.

Also Read:  Money Heist Spin-Off: Berlin To Have His Own Series On Netflix

It seems that dreams do come true. Well, it did for Bhuvam Bam. The talented personality met the cast of Money Heist at the show’s pre-release event. The event was held in Madrid, where Bhuvan was seen sharing laughter along with none other than the Professor, Tokyo, Raquel, and Berlin. Surely, a moment to reckon with. Just after the pictures were posted, Bhuvan got showered with praises and congratulatory comments.

Furthermore, it’s was not only about the happy moments. Bhuvan had the answer for one of the most important questions that the entire Money Heist fandom wants to know. It’s about Arturo. The man we all want is dead at least in the second volume of the 5th season. It seems that Bhuvan gave the cast ideas regarding how to kill Arturo. Well, that’s what his Instagram caption says. Bhuvan shared the red carpet with the star cast, at the event which was held on Tuesday.

It is no secret that India has a huge fanbase of Money Heist and Bollywood is also not exclusive of this fact. Time and again several artists have pointed out their favorite characters from the series, or speculations have been made as to which role will suit the artists if the series ever gets its Indian version. The Money Heist Fan Anthem also featured several prominent personalities from across the country. Starting from Anil Kapoor, Radhika Apte, Rana Daggubati to Vikrant Massey, Shruti Hassan just to name a few.

However, for now, it is Bhuvan Bam who is sharing the frame with the cast of the series. It was such a heartfelt moment for all the fans, and we can never stop gushing about it. Even the cast from Money Heist has expressed their love for the people of India and how they are so elated to know that their series enjoys such love from the people here. Úrsula Corberó Delgado who essayed the role of Tokyo even praised an Indian fan’s artwork. A very proud moment for all of us.

The talented songwriter, Youtuber, actor-singer is still riding high from the success of his web series Dhindora. Only one month after its release, the film has a whopping viewership of 52 million. That’s Huge. The series is available on his YouTube Channel, BB Ki Vines. Not only this, Bhuvan is known for his character portrayal, where he plays several roles all by himself and that too with finesse.

He started his career by making videos of small duration, where he portrayed the role of a teenager and his everyday life with friends and family. This made Bhuvan so famous that he became the first Indian Youtuber to gain 10 million subscribers. From there, several awards and accolades have come in Bhuvan’s cap, and meeting the star-studded cast of Money Heist is surely another one to be proud about.