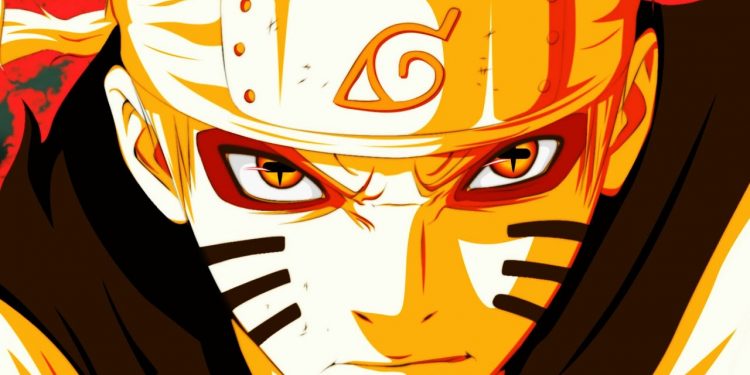 Naruto and Naruto Shippuden are two of the most popular anime on the planet. The anime is itself a masterpiece, and the storyline is further beyond anyone’s thinking. This anime is the perfect example of how anyone can become a Zero to Hero if he dedicates his everything toward his goal and walks on the path of hustle. After a certain point, Naruto Shippuden became more than the regular shinobi anime and introduced the concept of God. The story is directed towards the origin and the power level gone berserk. In this article, we will discuss in which episode Naruto gains his Six Paths Sage Mode? And everything about this form. So make sure to read this article till the end.

Naruto or Naruto Shippuden is a Japanese manga-based anime written and illustrated by Masashi Kishimoto. The plot revolves around a young boy Naruto who got alienated by the whole village because of the Nine-tailed fox that sealed inside him. That fox caused too much destruction years ago and took many innocent lives. Fourth Hokage defeated that Tailed Beast and sealed it inside himself and a toddler Naruto Uzumaki. Even after getting too much hate and ignorance, he always walked on his Ninja way and ultimately achieved the biggest title in the Shinobi world. This was the brief synopsis of the series. Now let’s come to our main topic.

What Is Six Path Sage Mode?

Six Path Sage Mode is the divine and ultimate form that is given by individuals who have the iron will and motive to live. This mode is extremely powerful and enhances the power level of any individual to a greater extent. Sage of the Six Paths power can be classified into the form of YinYang. He distributed his powers in two parts and gave them to Naruto and Sasuke to fight and seal Kaguya. Sasuke developed Rinnegan, and Naruto developed the six-path sage mode. He got two chakra rods and truth-seeking orbs around him, just like Sage of the Six Paths Hogoromo.

The chakra of Naruto becomes much warmer, and his natural energy got immensely increased. After getting the Six Path Sage Mode, his sensing ability became much more powerful than before. He could easily sense even the Shadow of Limbo.

After getting beaten down by Madara, Sasuke and Naruto were in no position to defeat Madara. Madara terribly beat Naruto and Sasuke, and they were almost on the verge of dying. That’s when suddenly, Hogoromo appeared in their consciousness and gave half of his powers to both of them. These all incidents happened in Episode 421 of Naruto Shippuden.

By getting this power, they gave a tough challenge to Madara Uchiha and even cornered him to a great extent. Later, Madara was deceived by Black Zetsu, and Kaguya was born. This cost the life of Madara. Later, Team 7, along with Obito, fought Kaguya in different dimensions and finally sealed her with the power of Six Paths. Kaguya got defeated, but this fierce showdown costs the life of Obito Uchiha. Even Kakashi went beyond his limits and formed the Susanoo with his temporary Sharingan.

This is how the great ninja war came to an end. Lastly, Naruto and Sasuke fought for their future, which resulted in a tie, but Sasuke finally acknowledged Naruto. Naruto’s Six Paths Powers were lost on the battlefield, and he can’t have those truth seeker orbs and powers in the present state, but Sasuke’s Rinnegan remained intact and helped Konoha to investigate further about Otsusuki.

Where To Watch Naruto Shippuden?

There are many platforms that allow us to watch Naruto Shippuden legally, but the most famous and recommended platform is Crunchyroll. Crunchyroll is a home for thousands of top-class anime that allows you to enjoy tons of anime anytime, anywhere on your single subscription in the highest quality possible.

If you are following any presently ongoing title, then Crunchyroll is definitely a must-have app as it allows you to watch the fresh episode just after it gets premiered in Japan. The best thing about Crunchyroll is, if you don’t want to pay for the subscription, you can still enjoy watching your favorite anime with ads in Standard quality as it supports ad-supported content. It’s a win-win subscription. Other popular streaming websites include Netflix and Funimation.