All the fierce encounters between Levi and Zeke discussed.. 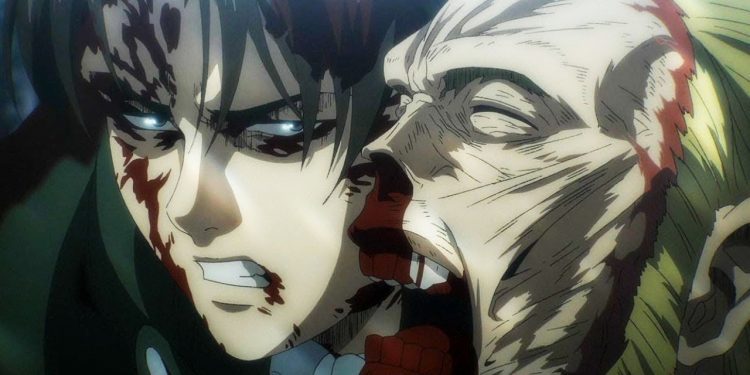 Levi Ackerman and Zeke Yaeger both are very important characters in Attack On Titan series and have their own motives and goals. Both are extremely smart and powerful. Levi Ackerman is the captain of the scout regiment, and Zeke is the son of Gririsha Yaeger and Dina Fritz. He is royal blooded and hence an important person for the initialization of Rumbling. On the other hand, Zeke is the major antagonist of the Attack on Titan Series, and Levi is the most powerful soldier of Humanity. They have encountered many times in the series, and in this article, we will talk about the conclusion of their fight, and in which episode, We can see them in action. So make sure to read this article till the end.

Attack on Titan is a Japanese manga-based series written and illustrated by Hajime Isayama. The story revolves around the war between Humans and giant man-eaters called Titans. Initially, the story was so linear, but after the first season, The story becomes highly complex and starts revolving around history and origin. This was the brief synopsis of the series. Now let’s come to our main topic.

Zeke And Levi Round 1:

The first encounter happened between Levi and Zeke is in Season 3. Zeke was in his Beast Titan mode and caused so much chaos. He even killed many soldiers in Paradis Island and wipe out the entire crew of Erwin. He was the main reason behind the death of Erwin. Levi took the pledge to avenge Erwin and rushed towards Zeke. He literally ended the battle in 10 seconds and defeated Beast Titan terribly. Thanks to carting Titan, Zeke could escape from the battle, but he realized that Levi is no joke and he is indeed the most skilled soldier of Humanity. You can catch up the action in Episode 56 of Attack On Titan.

Zeke And Levi Round 2:

The second encounter between Zeke and Levi happened in Season 4 of the series Attack on Titan. The Zeke was kept far off from Eren in a lone place under the surveillance of Levi. Zeke played his move and mic his blood in the wine, and literally, out there were enjoying the same wine with Zeke’s blood in it. Zeke shouted out loud, and every soldier turned into Titan. Levi got totally shocked. He had to kill his friends eventually, and when the Zeke was escaping from there, Levi caught him and cut him to pieces. He cut down half of his body. This action happened in Episode 14 of Season 4.

But in Season 4 Part 2 Episode 1, We saw Zeke is alive, and some unknown thing called Path saved him from dying and repaired his whole body. On the other hand, Levi was severely injured, but Hanji saved him in the end.

Why Zeke Is Kept Afar From Eren?

Zeke wants to save the world in his own way. He wants to sterilize all the Eldians so they can’t become parents and eventually get extinct in 100 years. He shared all of his aims with Eren Yaeger, and both agreed on the ultimate aim. Eren is all set to form the rumbling, and he has Founding Titan as well as War-Hammer Titan. All he needs is the royal blooded titan, which is a must for performing Rumbling. It is very important to stop Zeke and Eren come in contact. Even Eren wants to meet up with Zeke, but Marleyans will try their best to stop him, and Reiner is giving his all-out to defeat Eren.

Where To Watch Attack On Titan?

There are various platforms that allow us to watch Attack on Titan legally, but the most recommended platform is Crunchyroll. Crunchyroll is also known as a warehouse of anime that allows you to enjoy tons of anime anytime, anywhere on your single subscription in high-definition.

If you are following any latest ongoing title, then Crunchyroll is definitely a must-have app as it allows you to watch the latest episode just after it gets released in Japan. The best thing about Crunchyroll is, if you don’t want to pay for the subscription price, you can still enjoy your favorite anime with advertisements in normal quality as it supports ad-supported content. It’s a win-win subscription. Other popular streaming websites include Netflix and Funimation, and Hulu.