Here's everything you need to know about the battle between Itachi Uchiha and Sasuke Uchiha in detail. 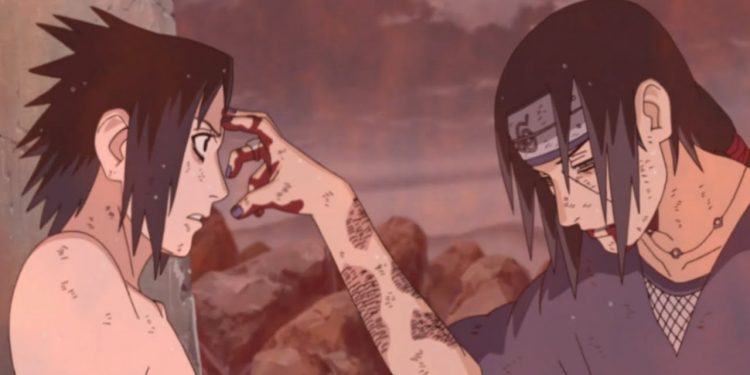 Naruto is not just an anime, It is a roller coaster of emotions and an epic storyline. Each and every character in anime played a major role and leave a long-lasting impact on the story. Two major characters of the show, Sasuke and Itachi Uchiha are the backbones of the anime. Itachi Uchiha is one of the best-written characters in all of the anime genres. This character even deserves to get his own anime and various novels just based on his life were also published. Sasuke Uchiha and Itachi’s rivalry is one of the epic rivalries ever and in this article, we will discuss everything related to their rivalry and what leads to the battle of death between two brothers.

Naruto is a Japanese manga-based anime written and illustrated by Masashi Kishimoto. The story revolves around the lives of shinobis of different nations and the concept of chakra. The chakra is the root of different ninja techniques. The main protagonist of the show, Naruto Uzumaki, used to get alienated by the Konohagakure because of the demon Nine-Tailed fox that was sealed inside him. Even after getting so much hate and ignorance, he decided to become the leader called Hokage of the village. Will he accomplish his dream? You need to watch the show to know everything about him.

Sasuke & Itachi: The Root Of Rivalry

Itachi Uchiha, the son of Fugaku Uchiha, was an exceptional shinobi and people say that he used to think like a Hokage at a very young age. He loved his family and his brother very much. One day, Lord Third and Danzo called Itachi and inform the Coup d’etat that the Uchiha clan is planning under the shadows. Itachi loved his brother Sasuke so much, and he knew that if he didn’t kill his entire clan, another war will break out and could cost the life of Sasuke and other Konoha citizens. He agreed on the deal with Danzo but asked him to take care of Sasuke forever. In addition to this, Third Hokage advises Itachi to join the criminal organization called Akatsuki and become a spy for Konoha.

Finally, Itachi killed the entire Uchiha clan along with his mother and father. Sasuke saw this all, and knowing no truth, he decided to avenge his clan from his brother Itachi. From that day, he lived in despair, and every day, his flame of revenge was increasing rapidly.

When Did Itachi & Sasuke Finally Fight?

The first time, When Itachi and Sasuke encounter was when Itachi comes to Konoha in search of Naruto. Sasuke was not that strong at that time to counter Itachi’s attack, and he miserably failed to kill Itachi. After that, He trained hard under Orochimaru and became much stronger. He leave Team 7, so he could become dependent and stronger. Finally, in Episode 134 of Naruto Shippuden, Sasuke gave a challenge to Itachi. This battle was the battle of life and death, and both the brothers used their ultimate techniques to counter each other. Itachi finally acknowledged that his brother got much stronger than before and taught him about various techniques of Sharingan. He showed him Susanoo so he could use it ahead in the future. Finally, Itachi gets killed by his brother and dies in Sasuke’s arms with the last forehead tap.

This is how the battle between the two brothers came to an end. Later, Sasuke came to know the truth of Itachi and decided to destroy Konoha for taking Itachi’s loyalty for granted.

Where To Watch Naruto Anime?

There are various platforms that allow us to watch Naruto Shippuden officially, but the most famous platform is Crunchyroll. Crunchyroll is a home for thousands of top-tier anime that allows you to enjoy tons of anime anytime, anywhere on your single subscription in the highest quality possible.

If you are following any latest ongoing title, then Crunchyroll is definitely a must-have app as it allows you to watch the fresh episode just after it gets premiered in Japan. The best thing about Crunchyroll is, if you don’t want to pay for the subscription, you can still enjoy your favorite anime with ads in normal quality as it supports ad-supported content. It’s a win-win subscription. Other popular streaming websites include Netflix and Funimation, and Hulu.