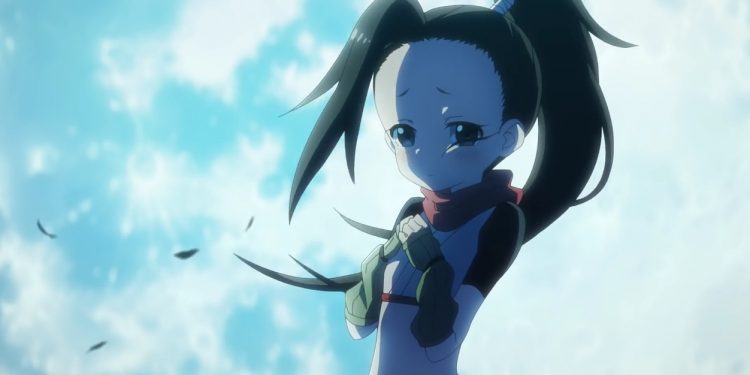 In The Heart of Kunoichi Tsubaki anime

Winter of 2022 is a complete banger with the release of anime like My Dress-Up Darling, Attack on Titan Finale Season, Tokyo 24th Ward, and many more. As we cherish the series from winter, we must also be ready for the release of more anime in the spring of 2022. If you thought Winter anime is all 2022 had to offer, you are hugely mistaken because 2022 has a lot more in store than you can imagine. If you enjoy comedy, you need to be super excited for In The Heart of Kunoichi Tsubaki, a comedy anime coming up in the spring of 2022. There are multiple hilarious moments to look forward to, in addition to some of the cutest anime characters ever. If you are not hyped up enough already, then make sure to watch the new PV of In The Heart of Kunoichi Tsubaki that also reveals more details about the anime’s premiere.

In The Heart of Kunoichi Tsubaki is based on the manga written and illustrated by Sōichirō Yamamoto, the creator of Teasing Master Takagi-san. It has been serialized in the Monthly Shōnen Sunday since January 2018 and is currently ongoing. The manga was published by Shogakukan and has launched six volumes at the time of writing. An anime adaptation was announced in 2021, and we are more than glad to announce that the same will be released soon in 2022. The animation production of the anime will be done by CloverWorks.

In The Heart of Kunoichi Tsubaki new PV was dropped earlier, and there’s more than just the excitement of watching the first promotional video of the anime. Here is everything we know about the anime so far, including its release date, cast, and staff.

The Akane Clan is an all-girls clan of ninjas. They live in isolation and train with determination. The girls in the clan are forbidden from interacting with men at all costs claiming that they are dangerous beings. In The Heart of Kunoichi Tsubaki revolves majorly around the titular protagonist, Kunoichi Tsubaki. She is the leader of the Dog Squad within the Akane Clan. She has proven to be an elite ninja but has trouble holding on to the code of the clan when her heart starts fluttering at the mention of boys.

Catch up with the adorable and wholesome daily life events of the Akane Clan in this anime. In The Heart of Kunoichi Tsubaki is sure to bring in the most absurd situations to have you rolling on the floor laughing.

In The Heart of Kunoichi Tsubaki New PV

In addition to the first PV, it has also been announced that the anime will be released in April 2022. While previously, the anime had only announced a spring release, the anime has been confirmed for this April.

Along with the release date confirmation and release of the PV, the creators of the anime also updated the anticipating fans with a new visual teaser to keep the hype going.

The Japanese voice cast of the three main characters has been announced. Tsubaki will be voiced by Yuki Natsuyoshi (Sasha Necron: The Misfit of Demon King Academy); Sazanka will be voiced by Miyari Nemoto (Pikachu: Pokemon: Twilight Wings); and Asagao will be voiced by Sayumi Suzushiro (Akira Ono: Hi Score Girl). Comments from the three voice actresses are now also available on the official website of the anime.

A specific release date is yet to be announced for the anime. For future updates, you can check out the official website of the anime or check into our websites.

Tags: In The Heart of Kunoichi Tsubaki
ShareTweetShareSharePinSend
Previous Post