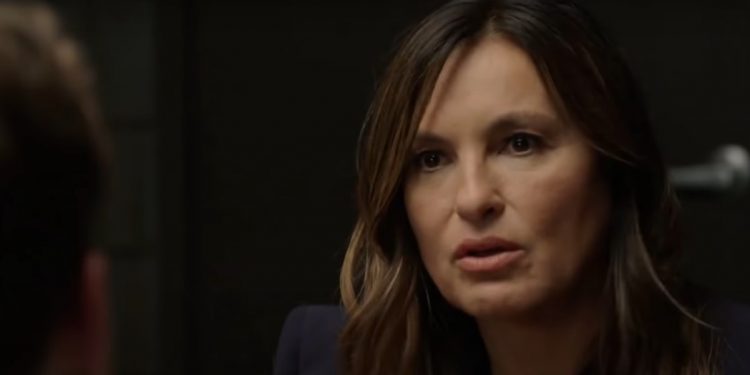 What’s going to happen to the bad guys in Law & Order: SVU Season 23 Episode 11? If you’re not familiar with this show, it is the second series of Dick Wolf’s ‘Law & Order franchise is ‘Law & Order: Special Victims Unit’ or ‘SVU.’ The show premiered on September 20, 1999, and was created by Wolf. It currently holds the record for the longest-running live-action primetime series in television history. The fictional version of the Special Victims Unit of the NYPD’s 16th precinct is the focus of the police procedural drama. The team looks into sexual crimes as well as any other sensitive cases that require special attention.

The show’s solid cast and writing are praised by the majority of viewers. The way it highlights the detectives’ personal lives without jeopardizing the drama’s police procedural aspect has been praised by critics. However, some of the show’s gory crimes are not to everyone’s taste. Some viewers have recently expressed concern that the show’s politically charged storyline is losing its allure.

The episode begins with us seeing a man, he is speaking in some sort of podcast, around the room, we see an American flag, machine gun, explosives, he says people are in a war for their very own survival. Then we see several rocks being thrown into a synagogue. A Sikh man leaves a restaurant and goes to get into his car when a man on a motorcycle stabs him multiple times and rips off his turban as the man hits the ground.

The destruction continues with Molotov cocktails thrown into a halal restaurant window. A Hasidic man walking with his family is thrown into the street in front of traffic while they kick his wife. We then see Benson leaving the church with Noah, and she sees all the police cars. The chief calls her, she heard nothing because she was in service, he tells her about the multiple hate crimes that just happened in NYC. Rollins is in the station looking at the coverage on television and says, what the hell is wrong with people to Fin who says don’t get him started.

FBI tells Benson that there are no credible threats in the area this weekend. McGrath sends the team back out to question everyone they can. Rollins and Murphy bump into the man with the dog Danica, again, he says his name is Don Johnson, asks if they found the person yet, and Rollins says no. After the guy leaves, Murphy says anyone that comes up to a cop on the street is either crazy, lonely, or guilty. Rollins says she thinks he is all three. Mcgrath leaked the video of the kids, Fin and Benson are not happy about it.

They got some information, on a hunch, they look into Don Johnson, and that is not his name. His name is Darko Pavik, no priors, no license. His father died in a building fire when Darko was 19. He has ties to Christian nationalists, his mother and father divorced, and his mother married a Jewish man. Murphy gets a call, Darko has been shot and is being taken to the hospital, the perp was on a motorcycle. Rollins goes to see Darko in the hospital, Rollins convinces him to give her his keys for his apartment so she can go check on Danica. She goes there with Fin, and inside they pretend to be looking for the dog’s leash when they find a lot of homemade bombs behind a curtain. Fin says they have to evacuate the building and call the bomb squad.

Murphy and Benson On The Loop

Aside from the bombs in Darko’s apartment, there are four bombs missing with timers, and Darko is not speaking. Murphy and Benson go in to speak to Darko and use Danica to get some information from him. Darko gives them some names, AJ and North Star. He said that the bombs belong to them, they made him turn off his phone before all the attacks and gave him a burner phone from Excelsis Wireless. Finn heads there to find information, a man walked into the store and paid cash he was wearing a motorcycle and bought five phones.

With the burner phones, they are able to track when they were turned on and just before two phones in the area were turned off, Darko’s phone and another from Antonio Juarez from Ohio. They track him down, and he gives the location of one bomb, but he doesn’t know the others. Antonio gives up Tom Nolan, they bring him into the station. He won’t say much, but he does give up his wife just in time. They find Susan and the North Star, who threatens to detonate a bomb he has in his backpack. Benson shoots him in the head, he is dead. Susan thanks Benson for giving the movement the martyr they needed.

Where to Watch Law & Order: SVU?

If you tune in to NBC, you can catch season 23 episode 11 of ‘Law and Order: SVU.’ To begin, the show will be available on the official NBC website and app. You can also watch the action unfold on Hulu, a subscription-based service. The program is also available on Peacock TV, Fubo TV, DirecTV, City TV, and YouTube TV if you want to watch it live. You can watch the episode on Video-On-Demand platforms like Spectrum TV, Amazon Prime Video. iTunes, and Vudu if you don’t want to pay for any of these services.

Law & Order: SVU Season 23 Episode 11 will release on January 13, 2022, at 20:00 hrs, Eastern Time, United States on NBC. Firstly, this episode’s title is “Burning with Rage Forever”. Secondly, every episode lasts 45 minutes run time. Thirdly, every new episode drops regularly on Thursdays. With this, we conclude our coverage of Law & Order: SVU here at Otakukart. Thanks for reading our scoop on this topic. And please keep coming back for more daily updates on all your favorite series, movies, and shows.