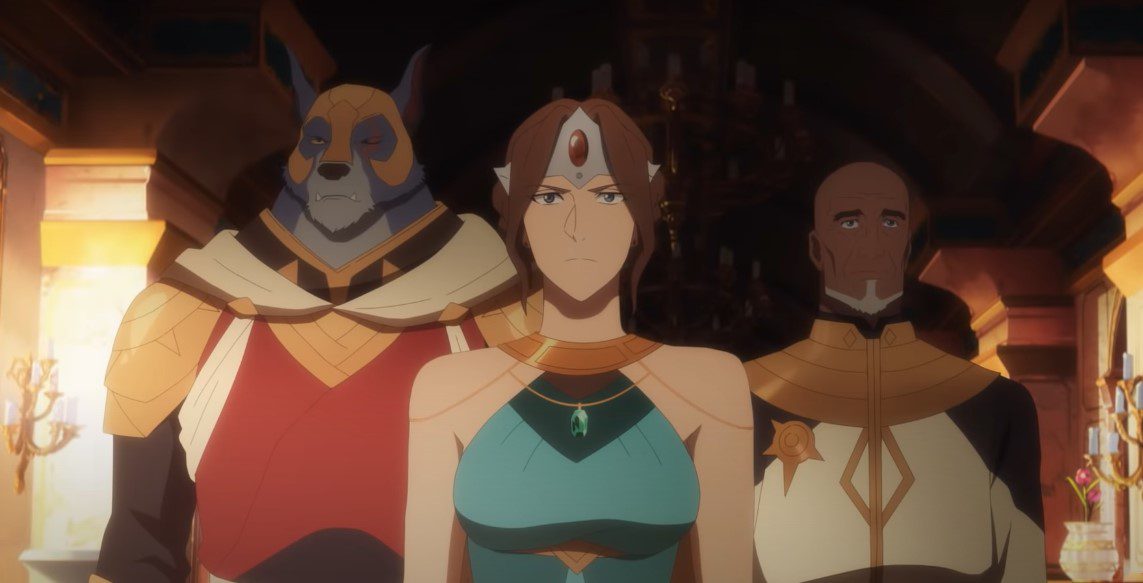 DOTA: Dragon’s Blood Season 2 Episode 2 will explain what happens to Mirana after she sets out after dawn and breaks out from the group and what happens to Father after he ambushes Fymrym and Davion. If you’re not familiar with DOTA: Dragon’s Blood, it is a Netflix Original fantasy anime based on the DOTA 2 video game that Valve published a while ago. It’s an anime produced by Studio Mir that originally dropped on Netflix in March 2021.

Now on its second season, recently released, this anime has eight chapters with stunning visuals, a great story to tell in a fantasy magic world where mystic abilities, mysteries, and dragons collide. In it, Davion, a dragon slayer, tries to find his place in an unruly world. Now, without any further ado, let’s begin covering this topic here at Otakukart.

The Invoker in DOTA: Dragon’s Blood

DOTA: Dragon’s Blood Season 2 debut episode is titled “Nothing with Nothing”. Things kick off with Davion tied up in a cage pulled by horses in a trial by the life. After that, we’re on to the tower, Selemene shrieks and breaks a mirror, then breaks things in a room as she walks down a corridor gasping. Later, the Invoker tells her that everything that sustains her is a spark of futility. Selemene tells the Invoker that he must bargain because one simply doesn’t bargain with a  demon. She wants to deal with Terrorblade at the height of her powers.

We move on to the battlefield, Luna counts the wounded and encourages the soldiers to move on. She’s wounded, but she doesn’t care. Later, Davion is tied up in a dungeon and meets Father, he tells him about Terrorblade, but he won’t hear any of it. The scene smash cuts to Ritterfau, as he’s in a dining hall having his boots polished, he meets Kaden and taunts him.

Father performs an excruciatingly painful surgical procedure on Davion while he’s tied up, extracting a piece and putting it into a vial with a liquid. Kaden enters the dungeon, and he’s aghast at this and frees Davion. Later on, we’re back to the troops, Mirana, Marci, and Luna keep marching and camp in some ruins. And they talk over a fire about Selemene, and Luna claims she lost faith.

Back in the castle, Davion is aching, he’s tied up with some weird tentacles, and Fymrym tries to cut his bindings, but she can’t. They have a revealing exchange, and Davion asks her to leave. The next morning, Father removes leeches from Davion’s wounds, and Father explains to Davion his problem. Back in the camp, Marci, Luna, and Mirana set out to march at dawn, and Mirana wants to seek shelter for the next day as she knows that the group has a lot in store. Later, Father takes the vial with the liquid he took from Davion and shrieks, when Fymrym and Davion set out to leave, a possessed Father ambushes them leaving everything set up with a cliffhanger for the next episode.

Where to Watch DOTA: Dragon’s Blood?

If you wish to stream DOTA: Dragon’s Blood, then Netflix is your only alternative. Why? Because DOTA: Dragon’s Blood is a Netflix Original Anime exclusive. Consequently, this anime won’t be available in Crunchyroll, Funimation, Hulu, Disney+, or Amazon Prime Video. Moreover, Netflix is a very accessible platform and starting from US$ 9,99, you get unlimited access to all the contents in its catalog from virtually any device. 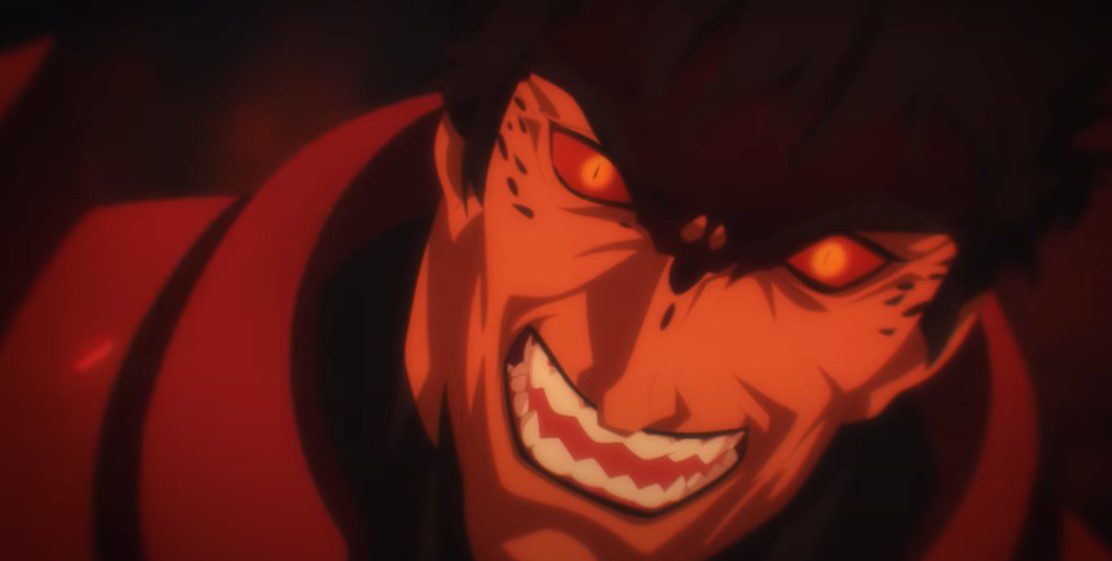 This is a Netflix Anime Exclusive

DOTA: Dragon’s Blood Season 2 Episode 2 was released on January 18, 2022, on Netflix worldwide. Firstly, the second season comprises eight episodes, and all of them were released at the same time. Secondly, every episode lasts around 25 minutes run time. Thirdly, this episode’s title is “My Sword, My Life”. With this, we conclude our coverage of DOTA: Dragon’s Blood here at Otakukart. Thank you for reading our article. And please keep coming back to our website for more daily updates on all your favorite series, movies, and shows.

Read Also: Anime like Dota: Dragon’s Blood That Are A Must-Watch