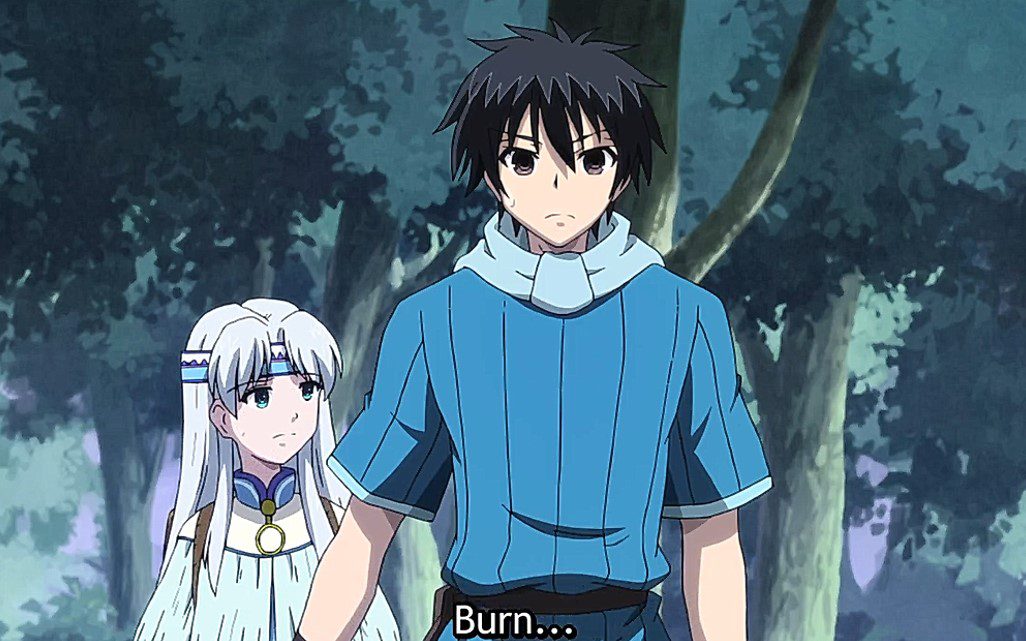 The Game Master sends the Hero Party party to complete another task. They confront a villager with wireworm. The villager wanted to devour everyone, and a little girl calls that guy her father. She tried to save him, but Yostuya stopped and told her that once a wireworm enters a person’s body, the person is already dead. Glen fight with the guy and Hokozaki got killed for sixty seconds. But she revives, and Yotsuya cuts the head of that guy since he has become a monster. Tokitate, Torri, and Shdnou arrive, asking Yotsuya what has happened.

The trio saw a monster guy’s head rolling them the ground and realizes that Yotsuya uses the kitchen knife to cut that guy’s head. Yotsuya asks the girl to perform the last right, and the girl burns the monster body of her father. Tokitate wonders why they have to do this. Yotsuya replies that they are stopping the spread of pandemics. The girl morn for her father. Glen realizes that she once stayed with a drunkard father and learns that father is important no matter what. Jezby feints, and the crew decided to help her.

The crew treats Jezby and Shindou comments that she lost consciousness, but she will wake up. Yotsuya asks Hokozaki why she hesitates to kill using her sword. Hokozaki replies that she was trying to calm down. Yotsuya reminds her that the monsters have gotten stronger and must get used to it since they almost lose Glen. Glen told Yotsuya that Hokozaki was correct since it is hard to kill a father even though he is a monster. Yotsuya wonders if it has become abnormal for him to get used to this. He told Hokozaki to say next time if she is not sure that she can do something. 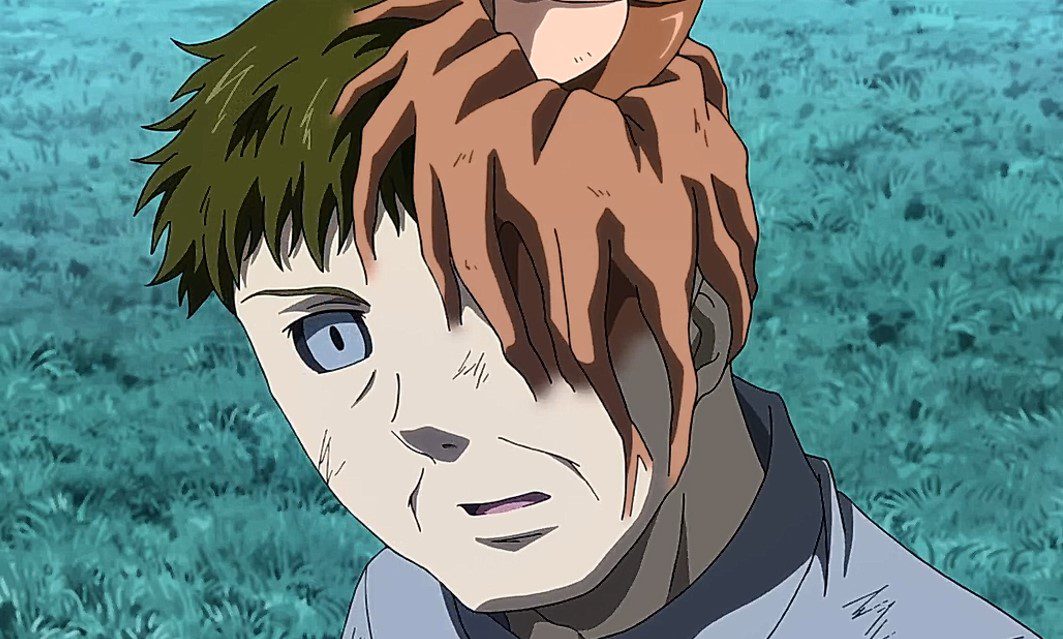 Yotsuya realizes that he has already killed a man even though he didn’t know the real world. He thinks he has blood in his hands and is a sinner, but Hokozaki doesn’t want that. Hokozaki replies that she doesn’t like to see corpses, but she can’t see her friends killed. Glen consoles Hokozaki, and Jezby wake up. Jezby leads the Hero Party to the hidden passage. Torri wonders what made Jezby take them there since they don’t know all the details. They both enter the dungeon, and Glen notices that it is a limestone cave.

They realize that if the strong monster appears, they are dead. Yotsuya lights his touche and notices the vampire bats. Torri comments that they are weaker than Goblins and drew his blade out. The girls left and told Torri that he could assassinate all of them since they are weaklings. Torri changes his statement and comments that these guys might be more muscular now; the vampire bat tears his clothes and chases him. Jezby explains the importance of the cave and the chosen ones. Later the geezer of the village welcomes them and treats them to a meal.