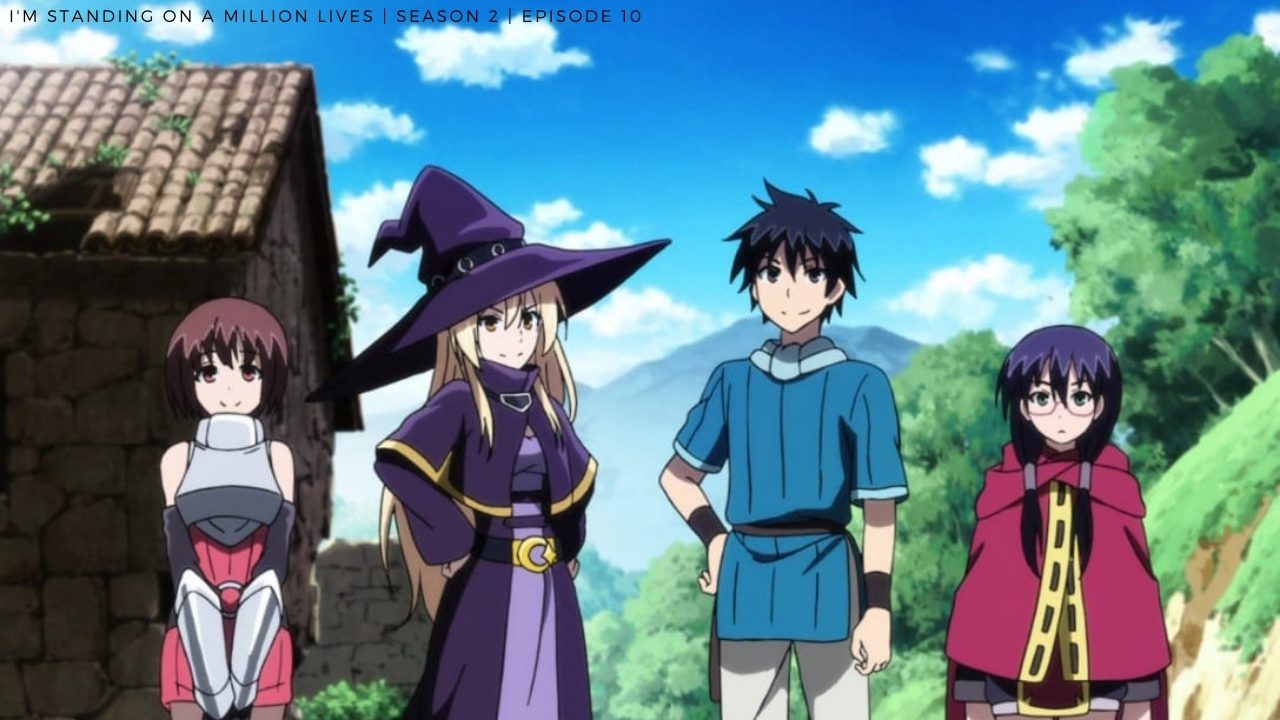 The geezers in the village welcomed them and threw a banquet. In the evening, the crew tries to pass the rope bridge, but one of the guys who despise them tries to make them fall. The guy cuts the roads, and the bridge begins to collapse. Shindou used an attack called Wind and punched that guy while sending him flying. The crew manages to get back to the ground. Torri told the guy never to underestimate Heroes. Tokittate realizes that Torri is taking all the shine like he is the one who saved them.

Shindou thanks the crew for praising her since she has improved her combat skills. Shindou wonders what that mysterious voice was. The Hero Party realizes that they have to save Glen and Yotsuya, who got abducted. Inside the prison, Yotsuya tried to examine the building to find a way to escape. Glen heard a monster screening and wonders what kind of monster she heard. Yotsuya comments that it might be a gigantic monster and continues to check the cell. On the other side, the guard has Jezby and told her not to try to run away.

The guards also heard a beast roaring, but they are confident that their weapons can protect them. They decided to send report the matter to the village chief. Jezby wonders what is happening in this country since they had a banquet and now they are arrested. Froc is furious about messing up the building, and one of the ladies tried to calm him down. The blond guy comments that he has to save Jezby, and Froc is worried that the girl he admires got taken away since people were careless.

The lady wonders how the blonde boy will save Jezby since Dan almost gets killed and chased by those bandits. He replies that he would leave the village if that happened, and he remembers what Jezby told him. Jezby told the blonde boy that his brother went looking for a place called New Eden. Froc adds that when they leave, he will take the lady, Lalana, and with him. The like of Shindou traveled with that bandit that wanted to see them over the valley of death. The bandit leads the way.

The villagers head to the high-ups and complain about the beast that they heard roaring. They realize that the beast can appear and devour them while they are sleeping. The demands for Chief Cox to come out by the guard lady told them that Chief Cox is away from home at this moment. When they look back, they are surprised that the Hero Party considers Chief Cox the bandits. They trick the guards and rescues Yotsuya, Torri, and Jezby, and the village got destroyed. The green goblins are ready to devour humans.