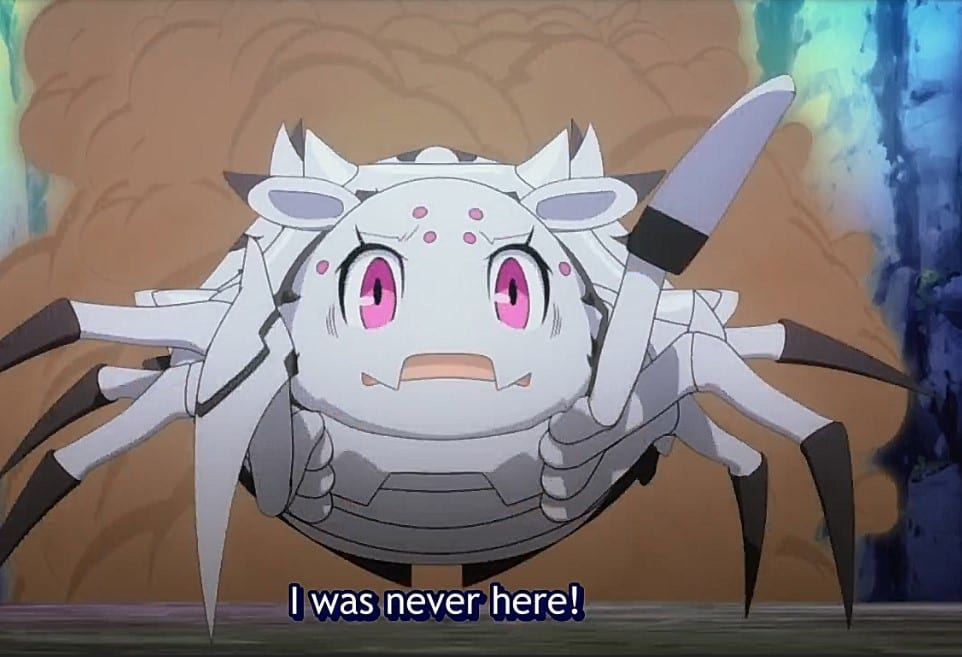 I'm a Spider So What?

Ever since Wakaba earned the title Divine Beast, she enjoyed her life daily. Humans worship and take good care of her. Wakaba has teleport back to another world after realizing that the Demon Lord is after her. She has managed to retrieve Brain 1 and Brain 2, but she has lost Brain 3. In the morning, humans gathered around Wakaba, offering her different food. Note that I’m a Spider, So What? has three episodes left to conclude the episode finale. Let’s find out more about Spider girl below.

The guards arrive and interrupt Wakaba from enjoying her food. Wakaba asks the guards who they are. The guards ask Wakaba if she is the Nightmare of the Labyrinth. Wakaba wonders what this guy is talking about, and she continues to enjoy eating her food. The guards’ leader comments that he can’t believe that a tinny insect-like Wakaba destroyed one of their fortresses. Wakaba wonders who this guy is calling insect. She realizes that it is challenging to speak human language, but she understands few words.

Previously on, I’m a Spider, So What? Episode 20

Wakaba realizes that ever since she has arrived in this world, she has never destroyed anything. She wonders who destroyed the fortress and recalls the first time she escaped from the Labyrinth. That day Wakaba decided not to kill humans, by they keep on attacking her. Wakaba realizes that she got forced to destroy the wall to escape since she can’t kill humans. The guards blame her for ruining the wall, thinking that she wanted to kill them. Wakaba wonders if these guards were there when she tried to escape.

One of the cocky guards wields his blade and aims to kill everyone in a single blow. The guards’ leader told the guy to take his sword back, and he can handle this. He reminds the citizens what it means to point a weapon to the royal guards of the Kingdom of Ohts. The citizens get scared and realize that those guards are not the ones to be messed up. 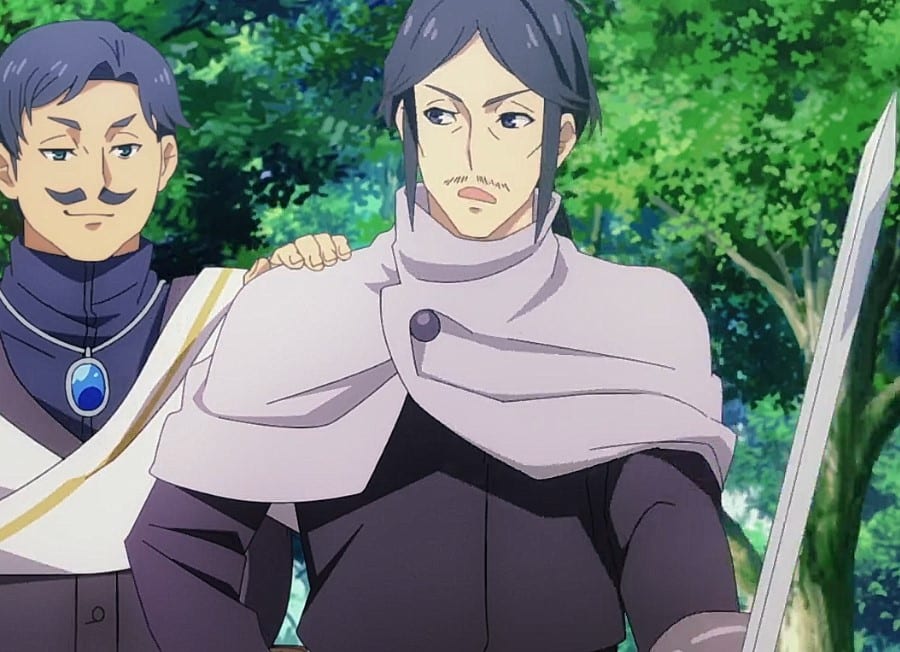 The leader of the guards notices that and wonders why they allow her to escape. He shouts at Wakaba that he can’t be insulted by insect-like Wakaba. Wakaba continues to dash at full speed. Meanwhile, the King has received a few letters of threats. He thanks the Divine Beast since his Kingdom is protected. The guards pass near the King and realize that those are the bad guys. The King knows that those Ohts guards are here to take the Divine Beast, and the Ohts Kingdom is not safe from the enemies.

In the afternoon, Wakaba relaxes and continues to enjoy human food. She is worried if Lil Drac is fine. Wakaba realizes that humans are after the Human-Vampire girl. But the girl is not aware of her incredible powers. She realizes that she has to run if the Demon Lord shows up. Meanwhile, at the Elf Village, Filmos decided to protect humans that Patmos has kidnaped. She realizes that Pitmos kidnap young kids for money, and Filmos chose to stick with the hero party and take down Patmos.

I’m a Spider, So What? Episode 21 Release Date

Also, read I’m A Spider, So What? Episode 20: Release Date, Preview, And Recap.