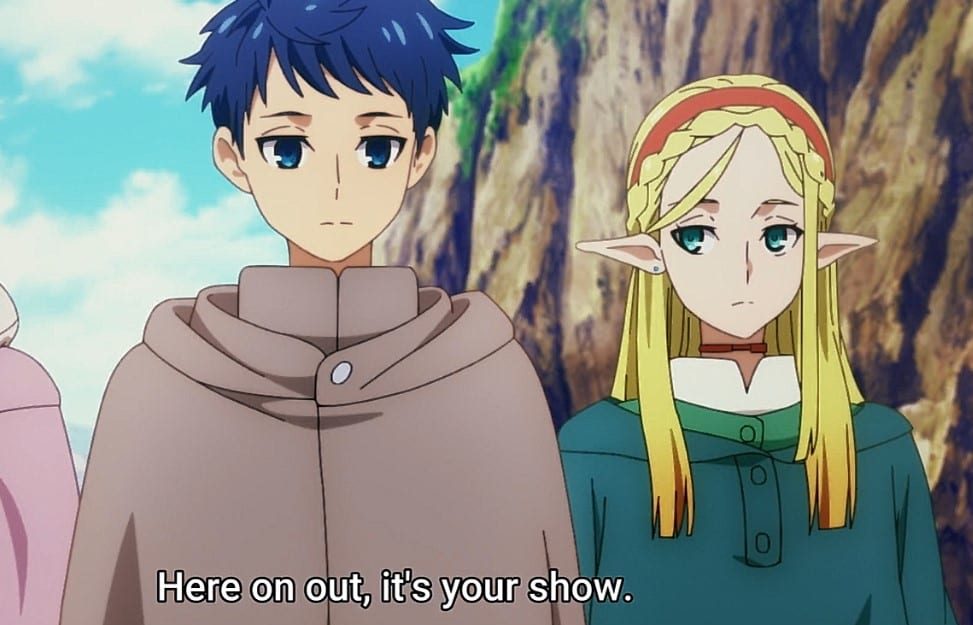 I'm a Spider, So What

After clashing with the Demon Lord, Wakaba got her head cut off, but she is still alive. The river washes her away, and she regenerates in the evening. When the regenerating process finished, she killed a sea monster and swallowed the monster since she lost a lot of energy from restoring. She jumps up and shouts that she is back and thanks to her healing powers. Wakaba realizes that she has become immortal, and it doesn’t matter how many times she will get killed.

Meanwhile, Shun and the rest of the hero party had recently traveled through the Labyrinth and encountered a few monsters.
Shun had a nightmare that the teacher told him that the nightmare in the Labyrint changes to reality. They battle with dragons that got slash by the elf Anna. Wakaba climbs the tree, checking where she is and finds that she is out of Lybrinth, and finds that she is near a town. She uses her screaming eyes and saw a human vampire carriage.

Previously on I’m a Spider, So What? Episode 18

Wakaba realizes that she had seen this carriage before ”Mother”chased her to the Labyrinth. She tries to recall and find that the carriage belongs to the bloodsucker girl she saved from the mountain bandits. Wakaba notices the hooded men hiding nearby and realizes that those men are still after the bloodsucker girl. She thinks that the girl needs to be protected, but she wonders why can’t a human-vampier fight with a human. She had seen the power level and the strength of bloodsucker girl when she was saving her earlier.

But the girl did nothing during the battle, and she is stronger than Wakaba. Earlier during the battle, Wakaba got disappointed during the war, realizing that the vamp girl can single-handedly take down those bandits. But she is letting her do the hero part alone. After saving the girl and her family, Wakaba brags that she just happened to pass by and she is a spider, so what. She thought that humans would compliment her, but the knights consider her to be a monster.

They told the prince and the queen, along with the vamp girl, to stay away from the monster. But they realize that Wakaba saved them and healed them, and she is not a threat to them. That day Wakaba left them and headed somewhere to continue with the journey. In the present day, Wakaba wonders if the carriage will reach their town with those goons eyeing on it. She decided to wait and see what the goons are about to do. Wakaba is relieved that the girl is not alone inside the carriage. 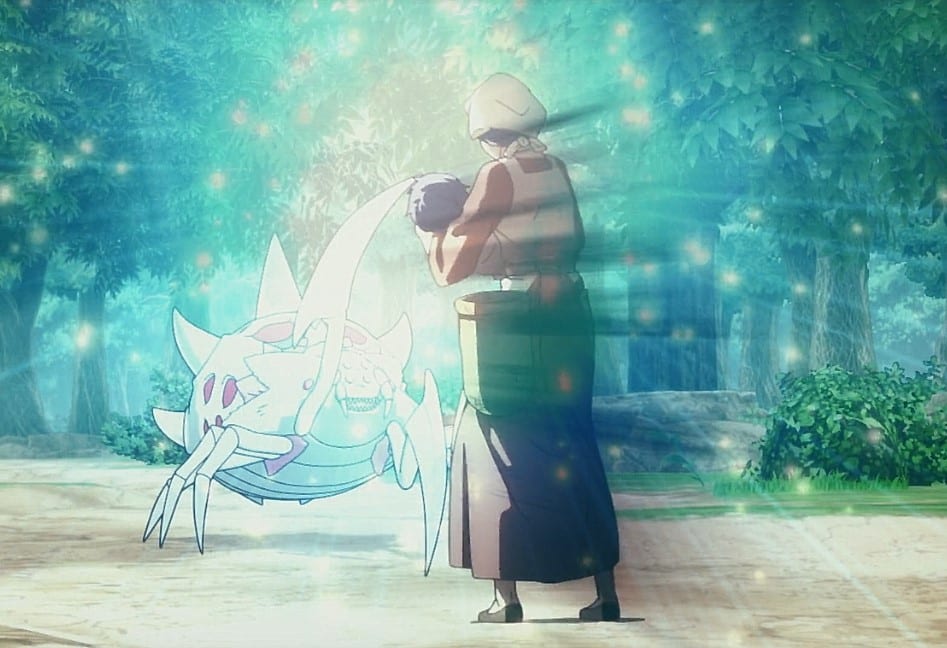 Two knights and the bloodsucker’s parents are inside the carriage with her. Wakaba is waiting for the signal in case something happens. The family has managed to arrive at their home. The knights are glad that they have survived for another day. They are thankful that a monster saved them. The mother comments that God must have sent the monster to save them. One of the knights told the master that they must look for that spider monster. The prince said to them that they are tired they can do that tomorrow.

The queen and the prince head to the bed and put the little vamp girl in her casket bet. The vamp girl recalls the day she was born and commented that she is Shouko Negishi, born and raised in Japan. The vampire within the little girl’s body realizes that it got reincarnated inside the little’s girl’s body. The girls learn that when she arrives in this world, they named Sophia for some reason. All she remembers is when she was inside the classroom, and the mysterious incident happened, and she got reincarnated in this world.

Sophia is not aware that she possesses the power of a human-vampire. She is afraid that bandits and gons are after her life for some reasons that she is not aware of. Later Wakaba got mistaken for Divine Beast, and one of the villagers confronts her asking her to use her healing to heal the boy with liver cancer. After healing them, they give Wakaba food and thanks to her. Meanwhile, Shun and the hero party have conquered the Labyrinth and heads to the elf’s village.

I’m a Spider, So What? Episode 19 Release Date

Also, read I’m A Spider, So What? Episode 18: Release Date, Preview, And Recap.