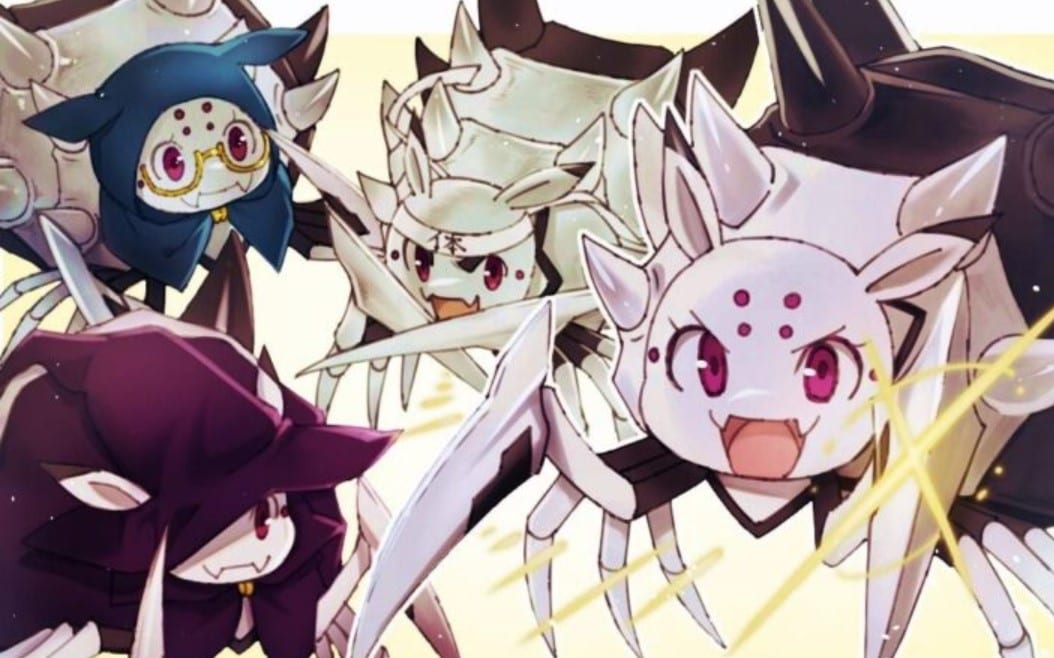 The Demon Lord receives messages from her allies that the fourth, eighth, and tenth corp is ready for deployment. They also told her that the combat forces are all set to go. Balto reveals that their forces will be passing through Queen Taretect territory during the march. He asks if it will be safe to pass through, and the Demon Lord comments the spiders are her offspring; they will do anything she says. She summons an army of brown evil spiders.

She orders the army that they are taking the elf village down next. Meanwhile, Wakaba is swimming, and she realizes that it is good to be alive. Shun and the rest of the crew have visited the labyrinth. Before the battle with a sea dragon that swept them away and they got washed away inside the labyrinth. Wakaba clashed with that dragon and defeated it with a single blow. She points at the dragon, saying, that I told you that I would beat you. Shun and the crew advanced through the labyrinth.

Previously on I’m a Spider, So What? Episode 17

Shun, Katie, Hyrince, Filmos, and the male teacher encounter the monsters inside the labyrinth. Filmos comments that the monsters are not that dangerous compared to their powers. Katie said the labyrinth is filled with darkness that makes it feel claustrophobic. They are worried that the monsters are just popping out of nowhere. The male teacher told them that they are resting for a while and then move on later. Katie is worried that they have just arrived and they are talking about resting.

He also said he had seen plenty of adventures through the labyrinth, but Shun and his group are the first groups to make it so far, so fast. He is impressed that they are working together without rushing things. The teacher also reveals that the monsters are not the only thing to worry about down here. He also reveals that no light or wind reaches down in the labyrinth. Shun and the crew decided to rest for the night and plan to continue moving forward tomorrow. They put on a fire and went to sleep. 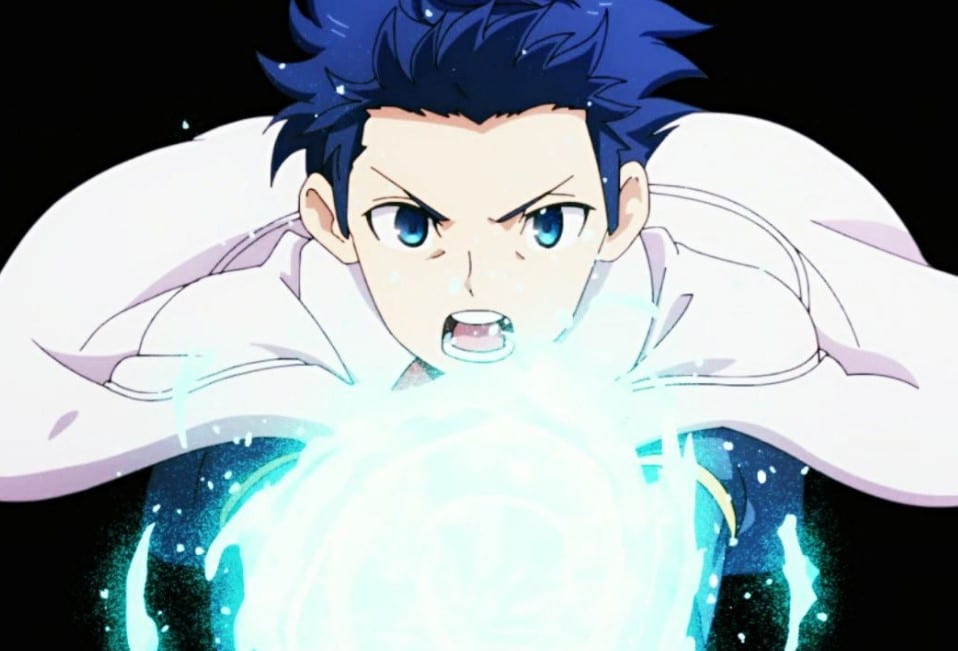 In the middle of the night, Shun had a nightmare where he saw a mysterious girl warning him about something. Shun wakes up and finds that everyone is still alive and sleeping near the fire. They wake up after hearing Shun screaming. Shun reveals that he had a bad nightmare. The teacher comment that it is a bad omen. He told them about the Nightmare of the Labyrinth. Katia wonders if that is the name of the Legendary-Class Monster that suddenly appeared in the Labyrinth over ten years ago.

The teacher agrees with what Katia said and reveals that the Legendary-Class Monster is a living calamity as dangerous as the most powerful, the Queen Taratects. He also reveals that bad dreams are a sign that the Nightmare might happen. Katie comments that she thought the Legendary -Class Monster was supposed to have died. The teacher replies that what folks belives, but the monster might still be alive. The next day they continue with their journey and encounter an earth dragon.

The teacher reveals that the dragon has just evolved. Anna punches the monster and sends it flying, and she unleashes a body steel skill to block the claws of the dragon. They both defeated the monster, and Katia comments that they are dragon slayers. Meanwhile, Wakaba challenges the Demon King, and she got cut in half, but she is still alive. She realizes that if she rechallenged the Demon Lord, she would get killed.

I’m a Spider, So What? Episode 18 Release Date