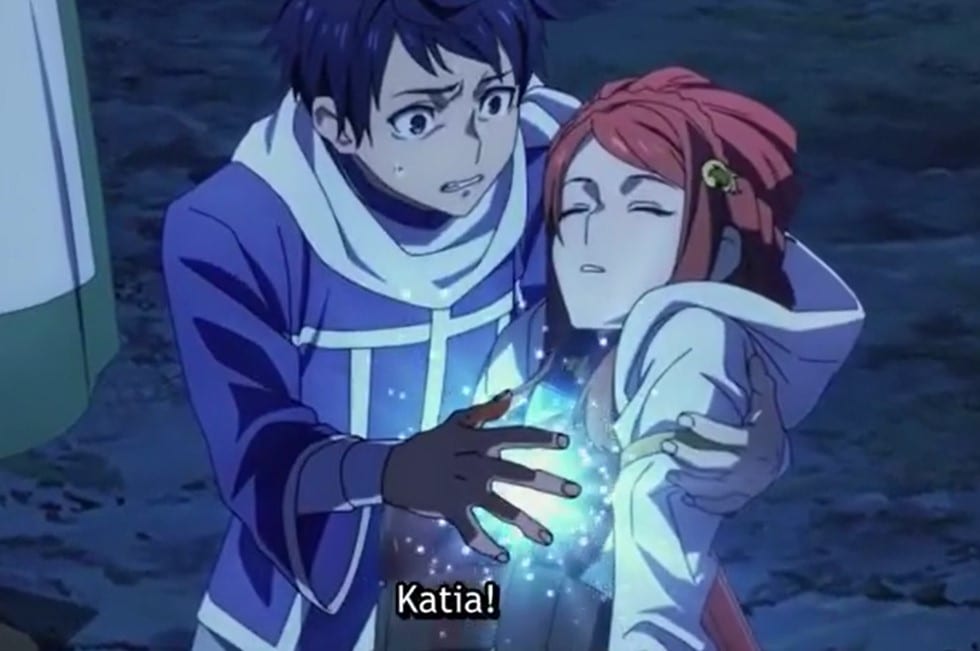 Wakaba has just arrived in the world where human lives with the monsters. But she is not aware of that, and she thinks that humans would chase her. Merazophis is traveling with the prince and the princess. The prince wonders what the Ohts Kingdom thinks. He comments that these trade restrictions will be worse for the Ohts Kingdom than for them in Keren Country. The princess asks if he was not able to meet with the King.

The prince reveals that he was told that the King was busy every time he tried to bring it up. The princess wonders if they are going to restrict merchants traveling into and out of Ohts. The prince has no clues about that and wonders what caused it. Meanwhile, Wakaba is in the forest looking for something to et. But Mother keeps on disturbing her calling her to return to the labyrinth. Wakaba comments that Mother is not a lonely homemaker nagging her adult kids to come to visit.

Previously on I’m a Spider, So What? Episode 14

Wakaba realizes that she is missing the labyrinth and her other spider friends. She comments that people can be selfish. But she is not a human anymore, and she has decided to continue with her solo journey. Suddenly she heard a noise and found that the carriage is being attacked. Humans are trying to protect the prince and the princess. There is also a small baby under the carriage. Wakaba panics that she has run to humans. The knights are fighting with goons who want to kill the trio inside the carriage.

Wakaba realizes that this is banditry, but she is afraid that she will be in trouble if she gets involved. She started thinking about how she can help the trio inside the carriage. If she doesn’t do anything, she will feel that she is guilty. She wonders if she helps them, and they turn against her since she is a mosnter. Wakaba comments that she is not about to slight normal people, but bandits are fair game. She realizes that if she defeats them, she will earn more points.

She started wondering how it tastes like to eat bandits. Suddenly she heard a baby crying and realizes that the baby is in danger. Merazophis tried to protect the carriage and told the prince and princess to flee. But he also got stabbed and falls unconscious. Only the trio is left inside the carriage. The bandits kill everyone. The bald guy who has a scar on his eyes opens the carriage and laughs at the trio. When he is about to slice them, he got choked by spider webs. 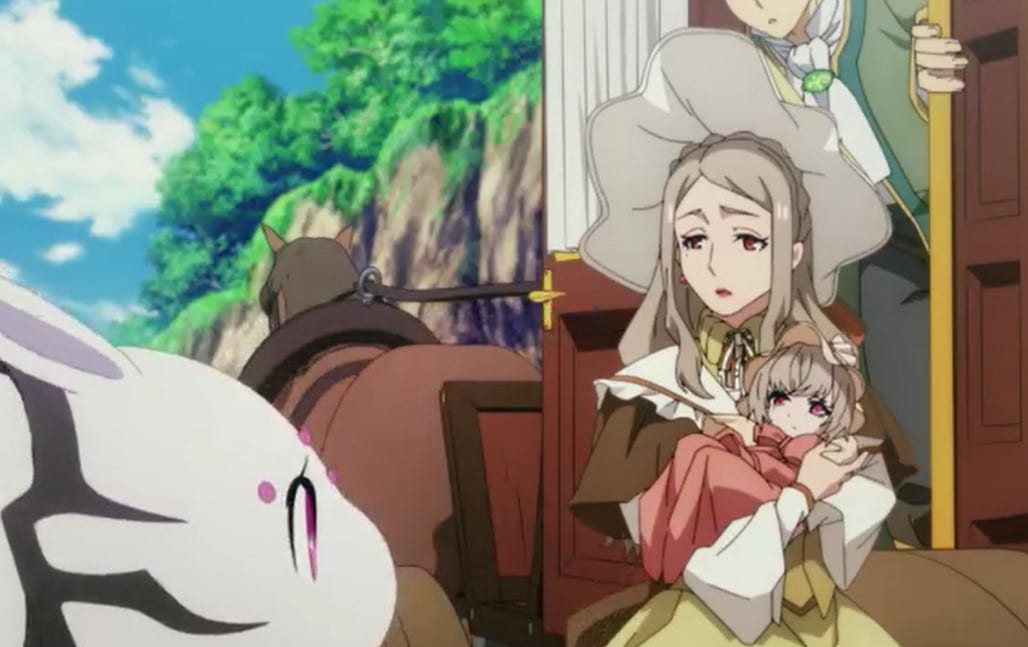 The bandit’s comment that it is a monster they have never seen before. Wakaba realizes that she has to fight with them. She thought that by taking down one of they would get scared and run away. She comments that she has to save the day, and it is the clash between a spider and the bandits. The bandits want to make Wakaba pay since she has taken down their boss. Wakaba swings and poisons half of the bandits. The weaker ones started to flee, but she pulls them back with her spider web.

Wakaba started to smash tha bandits and kill all of them. She notices that Merazophis is still alive and uses her healing powers to heal him. She also healed other knights who are killed and revive them. Merazophis saw her and wonders why a mosnter spider is helping them. When she is leaving, she imitates the voice of the princess asking her name. Wakaba replies that she is just a spider who was passing through, ma’am, So What. No one heard her since she was whispering to herself.

Wakaba looks back at the princess and finds that the baby is a human vampire named Sophia Keren. The parents are not aware that they have given birth to a human-vampire. She is disappointed that she wastes her energy saving them since Sophia would have to get rid of the problem by herself. Wakaba wonders if Sophia has reincarnated a vampire and why she has to reincarnate as a spider. Later, Shun battles with the demon army and uses his power to resurrect Katia, who died during that battle.

I’m a Spider, So What? Episode 15 Release Date and Preview

Find how Wakaba escapes the labyrinth on Spoilers & Preview: I’m A Spider, So What? Episode 14.