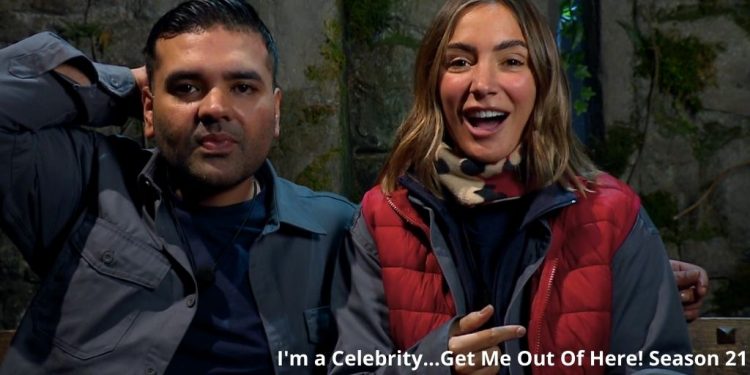 Another dangerous and frightening trial awaits on I’m a Celebrity…Get Me Out Of Here! Season 21 Episode 10. Meanwhile, the previous episode gave us a look at how the new leaders David and Danny allotted the chores to the campers. Meanwhile, the campers were trying to have fun through the chores. On the other hand, we also saw the campmates talk to each other about their idols from childhood.

Whereas, Danny was a lot happy to be sharing the bed with his childhood idol David Ginola. Then, later on, we got to see how Naughty Boy and Frankie went on with the trial of the night. It was a lot to take in for Frankie and she broke down after coming back from the trial. But the main question was, how many stars did they manage to win in the trial? In addition to that, who was voted by the audience to go up in the trial on the next episode of I’m a Celebrity…Get Me Out Of Here! Season 21.

The show has been one of the most popular reality television shows out there. Moreover, the number of seasons in the series seems to speak up for the show’s success as well. Furthermore, the show is responsible for kick-starting the “I’m a Celebrity…” franchise that is licensed in several countries. As of now, the show is in the twenty-first season that premiered on 21st November 2021 and is going strong till now. So let us go ahead and take a look at what happened in the recent episode of the season. 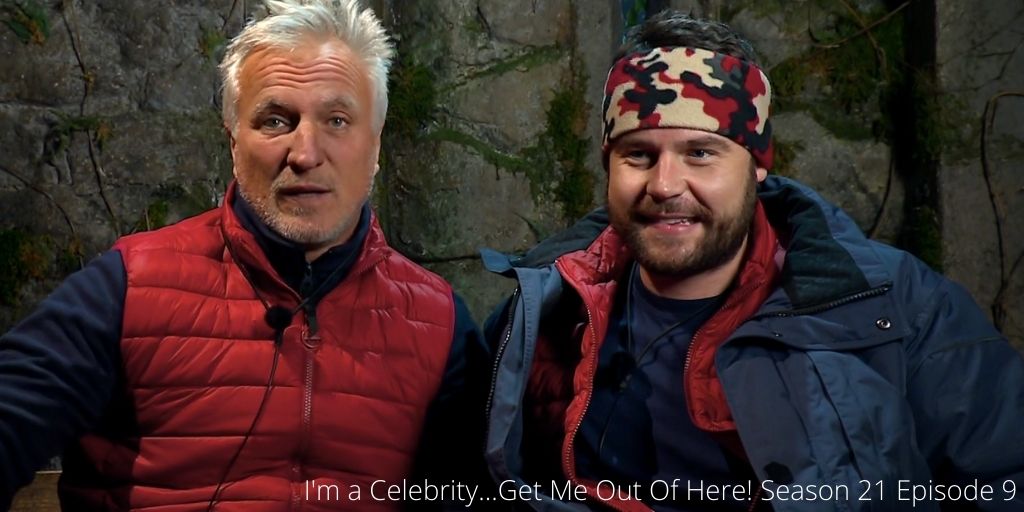 I’m a Celebrity…Get Me Out Of Here! Season 21 Episode 9 Recap

Episode 9 of I’m a Celebrity…Get Me Out Of Here! Season 21 came out on 2nd December 2021. The episode began with the new leader and deputy leader David Ginola and Danny Miller deciding the daily chores for everyone. Then they finally joined everyone to allot the responsibilities to the members. Kadeena and Naughty Boy were given the responsibility of camp chefs. Whereas, the camp maintenance was allotted to Matty, Simon, and Adam. Snoochie and Arlene received the responsibility of camp cleaners.

Meanwhile, Frankie and Louise were allotted the washing work so they could keep on chatting there. However, David and Danny pulled up a joke when they announced a new task. According to it, the trials of every night were given to Naughty Boy. Everyone understood the joke but David had to literally tell him that he was kidding as the disbelief was all over Naughty Boy’s face. Later on, Ant & Dec announced that the votings had opened for the audience to choose their member of choice to go for the next trial.

Whereas, Naughty Boy and Frankie participated in the current trial. The trial was named ‘Castle Scary-Oke’ and each one of them had to have a nasty drink after the other one performed a given song on the karaoke. Eventually, both of them managed to dominate the trial and won 10 stars for the camp. However, it was not over for Naughty Boy as he was once again selected for the next trial along with Matty from the audience’s votes. Although, the trial will take place in the next episode.

I’m a Celebrity…Get Me Out Of Here! Season 21 Episode 10: Release Date & Air Time

The fans managed to survive another gruesome episode while watching the celebrities go through the tough trials and are waiting for the next one. “I’m a Celebrity…Get Me Out Of Here! Season 21 Episode 10 will release on 3rd December 2021 at 9 pm on ITV in the U.K.” Furthermore, the next trial on the episode will be titled “The Gruesome Gargoyles”. So stay tuned to find out what goes down in the trial.

How To Watch I’m a Celebrity…Get Me Out Of Here! Season 21? Streaming Details

The popular British reality television show has once again garnered the attention of the viewers with the ongoing season. That is why the viewers are wondering about where to watch I’m a Celebrity…Get Me Out Of Here! Season 21? Well, the answer to that is quite simple. “I’m a Celebrity…Get Me Out Of Here! Season 21 airs daily at 9 pm on the ITV channel in the United Kingdom.” Moreover, the show is available to stream on Amazon Prime Video in the U.K. through ITV Hub+. Whereas, the viewers can catch the trial and other clips from the episodes on the show’s official Youtube channel.