Ian Poulter is a British Professional Golfer who has earned a whopping amount of money because of his outstanding golf playing skills. 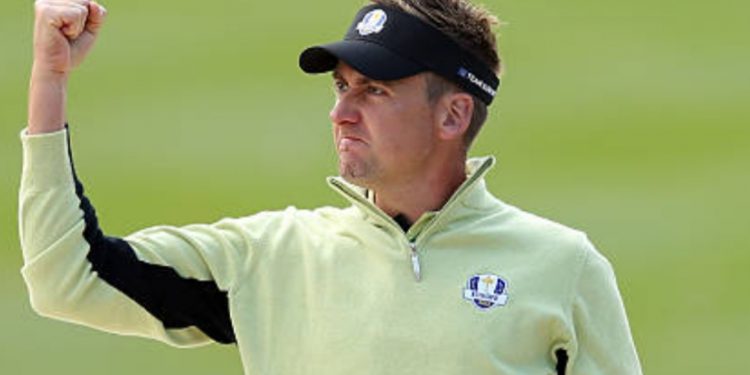 How much does Ian Poulter make out of his profession? What is he famous for? The same happened in the case of Ian Poulter. Starting from the basics, Ian James Poulter is a British professional golfer from Hitchin. He joined the European Tour in 2000. Following that, he again joined the PGA Tour in 2005. On 21 February 2010, he earned the fifth rank in the world golf ranking. Besides being a versatile golfer, Ian Poulter also earns a lump sum whopping amount from different brand endorsements like Marquis Jet, EA Sports, Audemars Piguet. Not to forget to mention one of his greatest achievements, that is the Sir Henry Cotton Rookie Of the Year. There are several other accolades he has won in his career till now.

Besides his outstanding sports career, he also gained prominence because of his eccentric fashion sense. In this article, we shall not only discuss his career, which led him a whopping amount of earnings and a good car collection, but also a bit of his personal life. For more details about him, get into this article and stay with us till the end.

Also read: Al Sharpton Net Worth: How Much The American Politician Earns?

We, especially the sports enthusiasts, know who Ian Poulter is. Ian James Poulter is a British professional golfer, born on 10 January 1976. As of now, he is 45 years old. Born in Hitchin, Hertfordshire, United Kingdom. He was born to Terry Poulter (father) and Theresa Poulter (mother), who has raised him in Stevenage. Ian also has a sibling Danny Poulter, who is also a professional golfer. Both the brothers are in the same field.

Ian Poulter started to play golf when his four years of age. Initially, he served as the golf manager at Chesfield Downs Golf Club. He turned professional later in 1996. The golfer gained massive popularity in the sports field after joining European Tour and PGA Tour in 2000 and 2005, respectively. Also, he ranked fifth in the world ranking in golf in 2010. He is often called The Postman. Apart from his sports career, he also endorses several brands like Nikon, Marquis Jet, EA Sports, Coolsculpting, and so on. Also, in 2008, he made it to the second position at The Open Championship. At present, he plays in the Ryder Cup. He has received several accolades because of his stunning playing skills in the world of golf. Wishing him good luck for his upcoming golf tournaments in the near future. Because of his notable career, we believe he to achieve more prestigious titles and accolades soon and make us all proud of him.

The professional golfer Ian Poulter’s estimated net worth in 2021 is $60 million. Talking about his career winnings in the tournaments, he has made up to $40 million. He is considered as one of the 25 richest golfers in the world, as per the records of their earnings in 2021.

Discussing things about the car collection, we all know that most of the sportsperson are very much passionate about luxurious cars. Ian Poulter isn’t any exception. He owns a wide range of branded cars, especially Ferraris. If we talk about that in number, he owns 14 different models of Ferrari. Some of them are – 288 GTO,  F40, F50, Enzo, LaFerrari and a 1962 California Spider. The last one is worth $11 million. In total, the worth of his car collection is $25 million. Last but not least, Ian Poulter also owns a house in Milton Keynes, Buckinghamshire.

Talking about the love life of Ian Poulter, it’s quite decent. He tied the knot with Katie Poulter. The couple shares four children- Luke Poulter, Aimee-Leigh Poulter, Lilly-Mai Grace Poulter, and Joshua Poulter. It’s a happy family of six people who live all together in Lake Nona Golf & Country Club in Orlando, Florida. It seems like his personal life is doing as good as his professional career. We wish him good luck for the rest of the days of his life.

Also read: Emma Selling Net Worth: The Celebrity From The Show’ Selling Sunset’