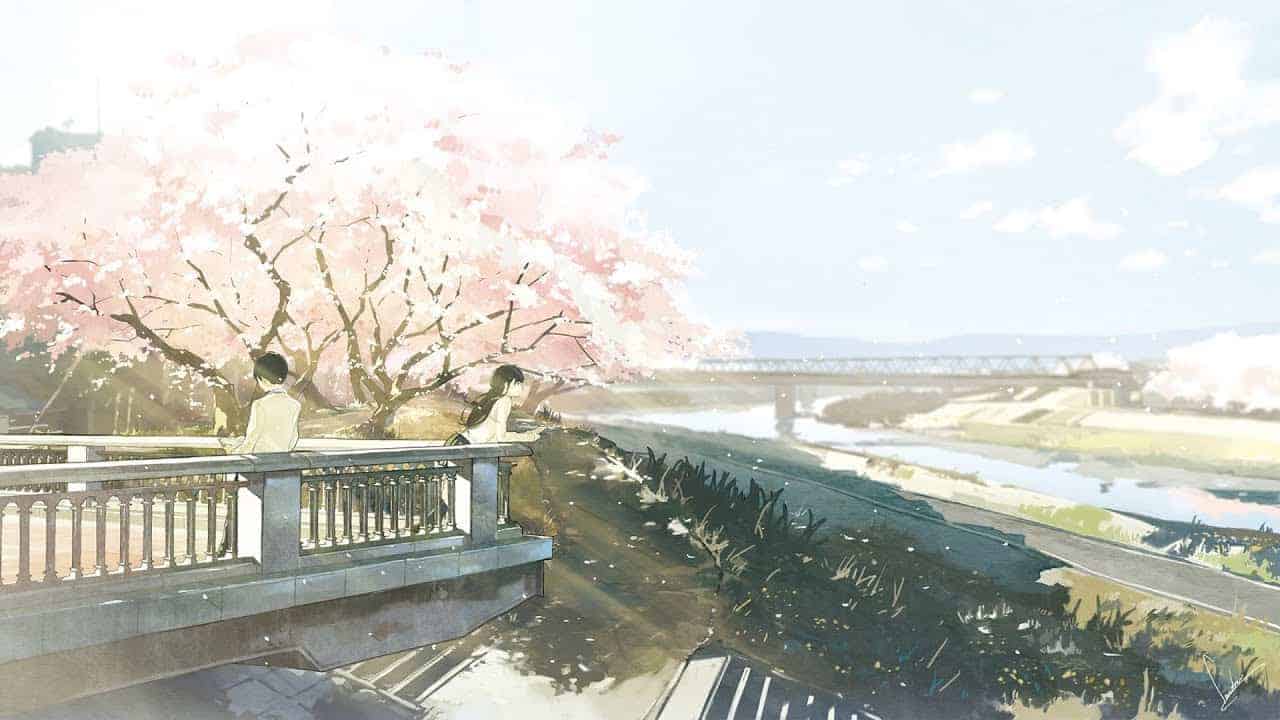 I Want To Eat Your Pancreas, a realistic movie about Living with Dying. The anime film is directed and written by Shin’ichirō Ushijima and distributed by Aniplex. Based on the novel by Yoru Sumino, the story revolves around two high school students Sakura, and her new friend, whose name only gets revealed towards the end of the story. This is an important layer in the story, as his name only strengthens the idea of fate. The fate that brought them together. Overall the movie toys quite a bit around with foreshadowing certain circumstances in very subtle ways. It’s rated 7.9 on IMDb and 8.6 on My Anime List.

Here is our review of I Want To Eat Your Pancreas: 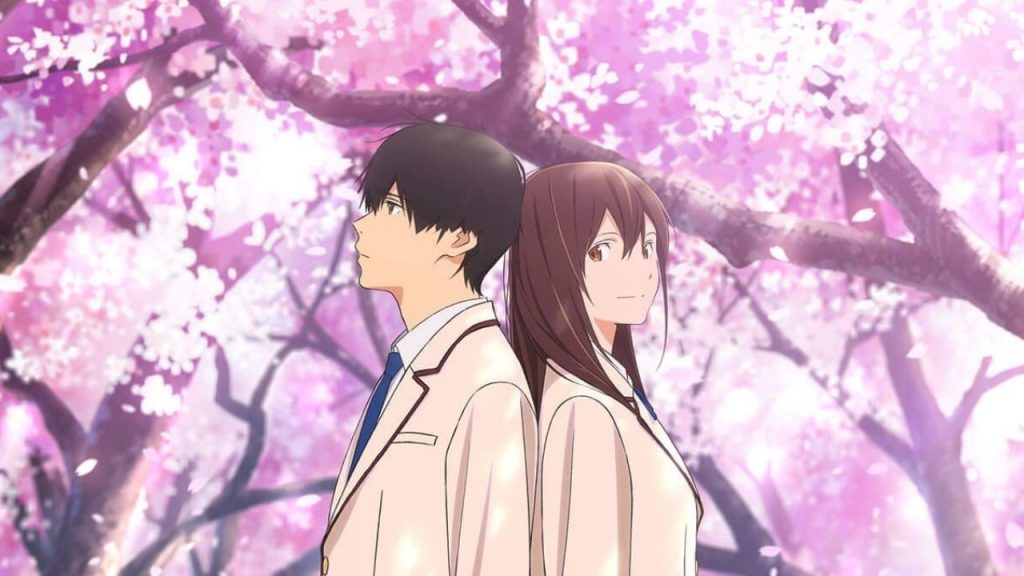 What’s great about this movie, is how it visibly shows two characters who are polar opposites of each other, with Sakura being a cheerful extrovert and her new friend Haruki (meaning spring child,) being a complete introvert. Haruki does not show much interest in others. Even if he feels curious, he keeps it to his own mind and imagines people in his head instead. He feels that keeping to himself will prevent him from being hurt by someone else. One can’t help but admit, he is certainly right in one way. While Sakura doesn’t disregard his theory, she believes that living is all about the bonds we make with other people.

The two only become friends on accident. But was it an accident at all? The premise of the story feels quite cliché to begin with. Sakura is suffering from a terminal illness and is going to die soon. Haruki finds her diary accidentally and takes a peek, and becomes the first person outside of her family to know about her illness. His character is shown to be rather dull and shallow in the beginning. We are shown how he does not quite seem to care whether Sakura lives or dies. He finds out about her secret, agrees to keep it to himself, and walks away like nothing ever happened.

But as time passes and the two get closer, we see him mellowing towards her and her condition. He grows to admire her and the way she sees life. Slowly growing out of his own mind, Haruki finally makes space to let a new person in. And that person is Sakura.

On the other hand, Sakura was quick to accept him the way he was. She found his unconcerned state towards her illness funny. She hadn’t even told her best friends about her illness, fearing that they might start treating her differently if she had. An important thing to note about Sakura’s character is that, no matter how much she talks about being close to others and having strong bonds, she is still a person of her own.

She is still someone who can tell what is right for her and what isn’t. She chose to keep her secret to herself and Haruki because she did not want to be treated differently. That was a critical decision, but she made it and did not waver once. This shows a subtle character strength. She also learns to pick up a page from Haruki’s book by trying to be more of herself when alone instead of always having to bloom while others are around.

All in all, it can be said that the two characters were relatable in two very different ways. Haruki appeals to our side, which does not want to be exposed or hurt. Sakura represents our side which yearns for human interaction and warmth. They are truly the Yin and the Yang. It hardly needs to be said that the movie has great character strength through and through.

As mentioned earlier, the story’s plot is quite simple and a trope that has been utilized a million times over. I Want To Eat Your Pancreas does not entirely add anything specifically new to the idea. One of the protagonists is about to die, she wants to cross things off her bucket list and live life fully before her death. The story follows this premise about 90% of the time.

While the visuals keep one invested and awed, the story itself is not entirely too unique. This does not mean it is not worth watching. The 10% of the story that the movie does differently is really interesting. It all comes down only during and after the climax, but it takes the viewer by surprise. So that 10% towards the ending is really something to look forward to.

Apart from these details, the story also uses a lot of foreshadowing about the events that would be uncovered later on quite unexpectedly. It is difficult to catch it, and we’ll advise you not to try to read between the lines just so you can have more fun. 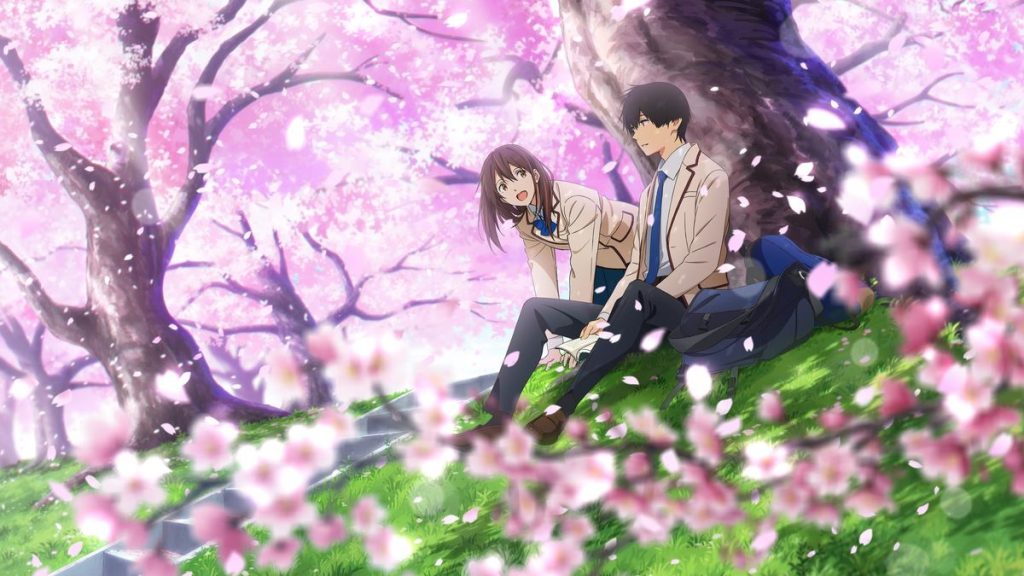 We cannot complain about I Want To Eat Your Pancreas’s animation or cinematography. The theme of Cherry Blossoms and April are shown fully and relentlessly. This might feel like an over-the-top typical scenery, but it really helps add that extra layer of storytelling to the plot. While showing bright pink blossoms for peaceful or happy scenes, it also shows dark rainy days when things get a little tense. For example, when Haruki and Sakura have their first seemingly serious conflict. The creators definitely knew how to create the vibe for a particular scene and in what manner.

The cinematography was focused and not something that’d allow one to keep their eyes away from the screen. Every scene was made with bright colors or dark ones, there was no in-between. Perhaps this was also a way of showing the opposing nature of both the lead characters. Overall, it was done brilliantly and with the finer lines of the plot kept in mind.

While everything about I Want To Eat Your Pancreas is a pleasant ride, the music certainly could have been used better. The music was done well but did not nearly blend in with the scenes as well as it should have. The music at the end of the movie is a great way to end the story, one can notice this if they get to read the lyrics. But apart from that, we’ll have to say the music was pretty underwhelming by itself and did not do all that much to make a more emotional impact on the viewer. 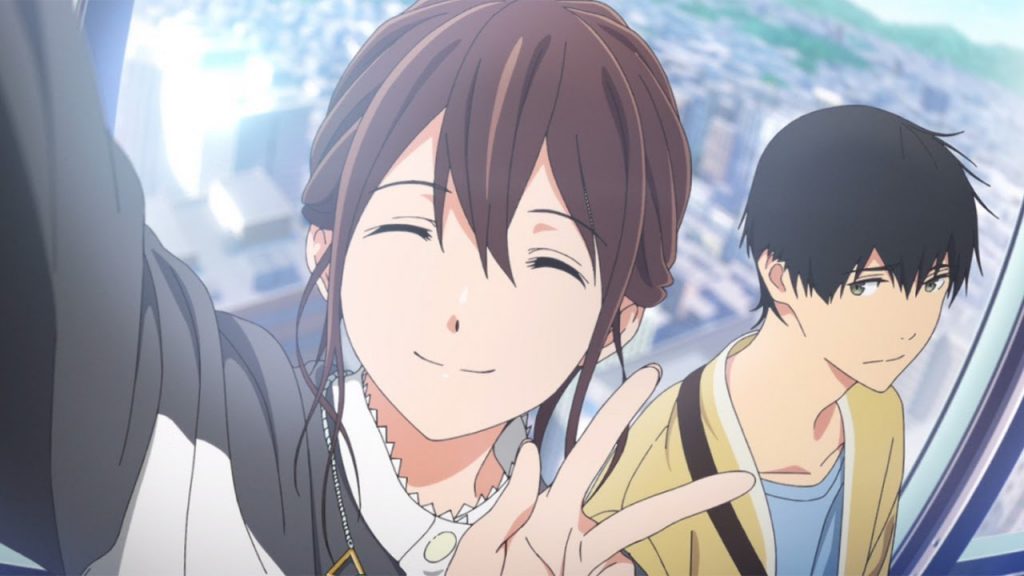 I Want To Eat Your Pancreas is a good movie. That can be said without a doubt. This movie is carried by the interaction between its characters and their opposing natures. If you are the sensitive type, it is sure to make you teary-eyed. The animation is beautiful, and the dialogues and sequences carry a lot more meaning than they really appear to. I Want To Eat Your Pancreas, sure, the title sounds weird. What’s the philosophy behind this?

At one point in the movie, Sakura talks about a religion where if someone eats someone else, their soul always resides inside them. She also talks about how eating a part of someone will cure that organ of its disease. Hence, the name. The climax is done beautifully with a dream-like sequence with good background music. While the emotional impact of the movie might differ from one person to another, you can’t help but feel things when Haruki finally starts crying, showing intense emotion for the first time.

In a world of sci-fi and fantasy movies taking all over the world of anime. I Want To Eat Your Pancreas is a simple movie with a simple plot and simple people. But that is its greatest strength. It truly shows what people go through when they’re trying to make the most out of life while knowing their end is near. It is a real movie with realistic expressions and reactions. Characters get rejected, feel warmth, feel insecure passively and try to get along with one another.

That by itself is a mirror to how teens see themselves and others around them. It also shows the current culture in one of the most realistic ways possible. So, in conclusion, we strongly recommend you check out I Want To Eat Your Pancreas if you haven’t already.

Are we on the same page regarding this movie? Let us know in the comments.