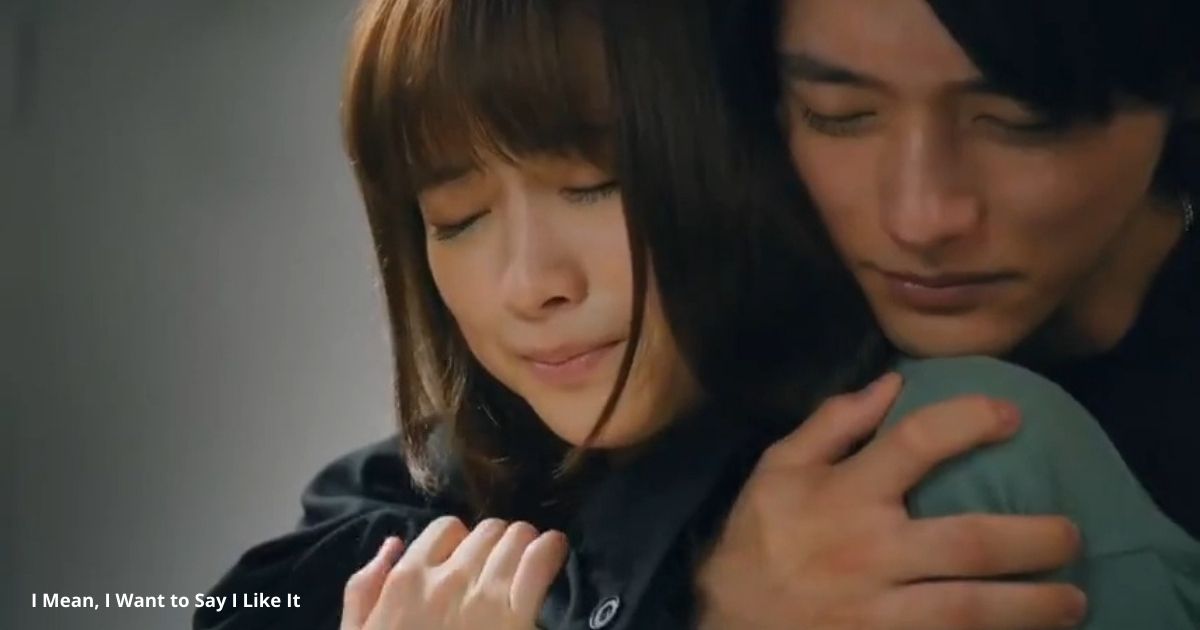 I Mean, I Want to Say I Like It

Also, there is a new development with the characters of Kagami and Hara. It is interesting to see how the writers have kept the sense of sequence of events throughout the drama. And this is one of the most liked Japanese dramas in 2021. So if you are looking to form a stand-in Asian dramas, we will recommend starting with ‘I Mean, I Want to Say I Like It’ Japanese drama. Now let’s start with our main focus on what happened in the last episode.

What Happened in The Previous Episode?

The ‘I Mean, I Want to Say I Like It ‘is starting to take an interesting turn with Fujishiro finally confessing his feelings. His action was triggered by Chitose’s betrayal. It was a betrayal as such, but she arranged a secret meet between Fujishiro and Ayumi. And this was the reason Fujishiro felt it was high time to face the truth. When he returns from dinner, he is annoyed by Chitose. She kept asking about the dinner, and the only reply he gave was he was good. In the past, Chitose once said to him that people’s feelings are not a joke. And referring to that one statement, Fujishiro asks Chitose what does she thinks she is doing with his feelings?

The intense conversation ends up with Fujishiro kissing Chitose. She is taken by surprise and does not know what to do. But when she realizes what is happening, she pushes him away. And this marks the journey of Fujishiro doing the real thing and winning over Chitose. Let’s find out what happened next.

Chitose is attracted to Sena.

The next day in the office, everyone discusses Fujishiro’s potential and what good work Kagami has done with him. And as Ayumi has retired and Ms. Hara resigned, suddenly there’s a need to put Chitose in a stable position. So the conclusion was to put Chitose under Kagami for training. And both of them will be managing Sena for now. After office, when she returns home, she is very cautious of Fujishiro. But all she could think about was the kiss and when Fujishiro said she was the person he loves.

Finally, it’s the day of script reading for the new movie Fujishiro is starring in. While he greets the director and his female co-star, Kagami and Chitose are waiting on the side. The first twist of this episode was Ms. Yukino’s manager. When she was asked about her manager, no one ever imagined that it would be their former manager Ms. Hara. Later, everyone discovered that Hara shifted to Top entertainment management company. And based on her looks, they assume that she must have gotten great pay.

On the set of the movie, there are many romantic scenes between Fujishiro and Yukino. There was one scene where Fujishiro hugged Yukino, and this made Chitose uncomfortable. Even she doesn’t know why this happened, but Hara and Kagami are getting suspicious of it. After the scene, Fujishiro saw Chitose smiling with Kagami and did not like it. So he started ignoring Chitose and talking to Yukino instead.

Fujishiro and Chitose are living together.

In the next scene, Fujishiro is not able to give his all. And the director kept asking for retakes. Then when Fujishiro asked him that what is the problem he explained that to do this particular scene, you need to remember the one person you truly loved. And how heartbreaking it would be to see them leave. But there were already so many take the scene got shifted to the next day.

Then at home, Fujishiro and Chitose do a script reading to improve his acting in the scene. But between them, it was real. Every word that Fujishiro said and every emotion he was supposed to feel was real. Even Chitose was touched by the words she heard and lost herself in the moment. And that night, neither of them could sleep thinking about it. The next day they find out that an article has been released about them living together. What will happen next? Stay tuned with Otakukart to find out.

‘I Mean, I Want to Say I Like It’ episode 10 release date

We are at the end of the series and can see the love bond between Fujishiro and Chitose getting stronger. Also, Kagami seems to have feelings for Chitose. In the upcoming episodes, we will find out about the further story. The ‘I Mean, I Want to Say I Like It’ episode 10 release date is 10th December 2021. And the story is going to be amazing.

Where to watch ‘I Mean, I Want to Say I Like It’ Japanese Drama.