The October lineup for the streaming platform in Netflix is quite amazing. In consequence, let’s discuss the Hypnotic Netflix release date. Firstly, Hypnotic is a psychological horror-thriller that will put you on the edge of your seat. Secondly, it is a movie written by Richard D’Ovidio and under the direction of Suzanne Coote and Matt Angel. The pair also did another Netflix Original, called The Open House, with actor Dylan Minette (from 13 Reasons Why).

The film is about “a young lady seeking self-improvement [who] enlists the assistance of a famous hypnotist, but quickly finds unforeseen and fatal repercussions after a few of intensive sessions.” It’s a straightforward but disturbing summary. According to this statement and the few official first look images published so far, Jenn seeks out Dr. Meade, a hypnotist, due to a personal issue. Now let’s dig a little deeper into this film in this brief we prepared for you here at Otakukart! 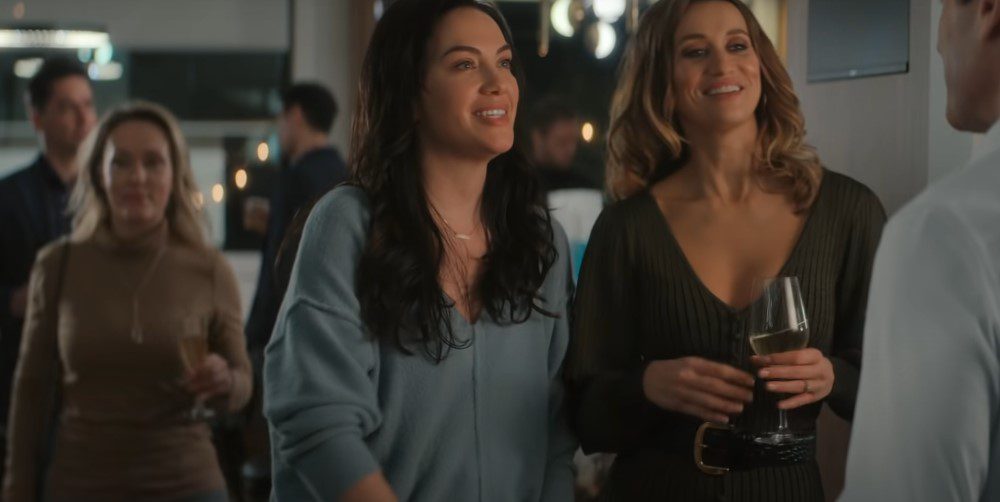 Hypnotic will release globally on Netflix on October 27, 2021. This year, Netflix promised new releases every week, and the streaming service has delivered. The new film “Hypnotic” will be one of the October additions, coming just in time for Halloween on Wednesday, October 27, 2021. Given that there have only been a few images of “Hypnotic” published so far, fans may anticipate seeing a trailer, as well as additional sneak peeks leading up to the film’s premiere. In the next section, we will share with you the trailer for this Netflix original movie!

Siegel plays Jenn, a lady trying to better her life, at the heart of “Hypnotic”. Along with her successful acting career, Siegel is married to Mike Flanagan, with whom she has collaborated on many projects, including the famous Netflix series “The Haunting of Hill House” and “The Haunting of Bly Manor“. Before “Hypnotic,” Siegel will participate in Flanagan’s next Netflix production, “Midnight Mass,” which premieres on September 24, 2021.

In “Hypnotic,” Siegel will be joined by Jason O’Mara, who you may recognize from series like “Agents of S.H.I.E.L.D.” and “The Man in the High Castle,” who will portray Dr. Collin Meade, the hypnotist Jenn seeks assistance from. The film also includes Dulé Hill as Rollins, Lucie Guest as Gina, Jaime M. Callica as Brian, Luc Roderique as Scott, and Darien Martin as Squad Leader, according to the IMDb website, but no character descriptions are given. Richard D’Ovidio wrote “Hypnotic,” which was co-directed by Matt Angel and Suzanne Coote. In the next section, we share with you the Hypnotic Netflix plot!

Jenn (Siegel) is dissatisfied with her life and chooses to seek professional assistance to cope with the trauma she has endured. Dr. Meade (O’Mara), a hypnotherapist, starts treating her, but after just a few sessions, she suspects something isn’t right. She seeks assistance from Detective Wade Rollins (Hill) in determining what is going on. Something goes horribly wrong in the procedure, whether it has anything to do with Jenn, Dr. Meade, or the hypnosis itself. Oh, and the summary explicitly states that death will be involved, so there’s that. Aside from that, we don’t know much more about “Hypnotic.” Lastly, we are sharing with you some other thrillers for this October spooky Halloween on Netflix!

What other October thrillers are coming to Netflix?

Other Netflix Originals premiering in October this year include the Jake Gyllenhaal-starring crime thriller “Guilty,” which also stars Paul Dano, Ethan Hawke, and Riley Keough and will be released on October 1, 2021. Gyllenhaal plays a police dispatcher who gets a frightening call. The Margaret Qualley-led drama “Maid” will be released on the second of the month, followed by the horror flick “There’s Someone Inside Your House,” “You” Season 3, the feature “Night Teeth,” and others later in October. With this, we conclude our coverage of Hypnotic Netflix Originals here at Otakukart. Thank you for reading this article. And please do keep coming back for more daily updates on all your favorite movies and Netflix originals series!