Hunter X Hunter: Will Gon Ever Be Able To Use Nen Again? Explained 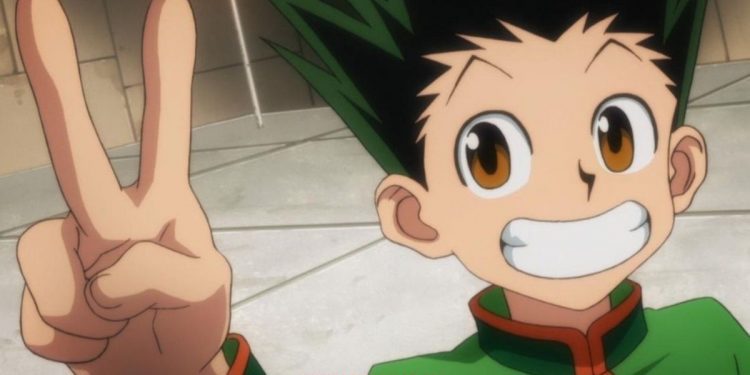 One of the biggest questions yet to be answered about Hunter X Hunter yet to be answered is whether Gon will ever be able to use nen again. The initial episodes of Hunter X Hunter will make one think that the anime series will be yet another, although enjoyable, typical action shonen. However, one couldn’t simply be more wrong about an anime. With every passing episode, Hunter X Hunter continued to exceed our expectations and became what you call a legend of the anime industry. The anime has gathered such a huge fan following that even after more than half a decade since the anime has been on hiatus and no news regarding the continuity of the manga, fans continue to eagerly pray for the recovery of Togashi and the eventual comeback of Hunter X Hunter.

The series, which has been stagnant for a long time and has given no update regarding the future recovery of Gon’s nen, has continued to drive every fan crazy. So, is there at the least any possibility for Gon to regain his nen, or is all hope truly lost? Read to know all that we know regarding Gon’s nen and his possible return as a hunter.

Also read: Anime Similar To Hunter X Hunter that you Will Love Watching!

Will Gon Use Nen Again?

The answer to the question is not a simple one and will require careful analysis. If one were to answer in a simple way, then yes, Gon really does have the chance of using nen again. The window of opportunity is still open for Gon. We say this because of the conversation that transpired between Ging and Gon in chapter 345 of the manga. When Gon tells Ging about not being able to use nen after the Pitou event, Ging tells him that his nen is normal and is like that of a regular person. Ging states that he has reverted back to his previous self before he activate nen as a price for the enormous power-up that he went through. He also states that it is very much possible for Gon to use nen again, but he would have to pay a huge price to regain his nen abilities. On that note, the answer to the question is an affirmative one as there is clearly a possibility for Gon to use nen again.

However, just because there is a possibility for Gon to do so doesn’t mean that he actually will. In the same chapter (chapter 345), we see that Gon is back at his home with Aunt Mito. We don’t know if this visit is a temporary one or a permanent one because it is shown that Gon is on a journey to decide what he really wants in life. Maybe he needs a break after all that transpired in such a short time, or maybe he is just done with the hunter business altogether. We can’t blame him if he decides to go for the latter decision because he really wanted to become a hunter to meet his father. Now that Gon has finally met Ging, he doesn’t know what to do anymore. So, the good news is that Togashi has very much left Gon with the chance to go back to being a hunter if he so wishes. When the manga continues, we may see Gon in a much-wanted action.

How Did Gon Lose The Ability To Use Nen?

Gon loses his nen after his fight with Pitou during the Chimera Ant arc. Although Gon was seeking revenge on Kite’s unjust murder at the hands of Pitou, he wasn’t even initially powerful enough to even last for a second against her. However, what makes Gon one of the best characters in the Hunter X Hunter universe is the immensity of his determination. Gon was determined to enact revenge under any circumstances. Thus, he gave up everything from his nen abilities to even almost all of his life energy to become as powerful as the Chimera King Meruem at the time of his birth. Thus, he was ultimately able to defeat Pitou but at a very terrible cost. Gon would have ended up dying if it weren’t for the powers of Alluka. Thus, he was lucky enough to have, even, lived. Let us know whether you think Gon will ever recover his nen.

Hunter X Hunter is a popular anime adaptation of a manga series of the same name by Yoshihiro Togashi. It has a rating of 9/10 on IMBD and 9/10 on MyAnimeList.net and is available for streaming on Hulu, Prime Video, amongst many other platforms.

Cobra Kai Season 4 Ending Explained: How Did The Series Conclude?