Humans Become The Prey In FBI: Most Wanted Season 3 Episode 11 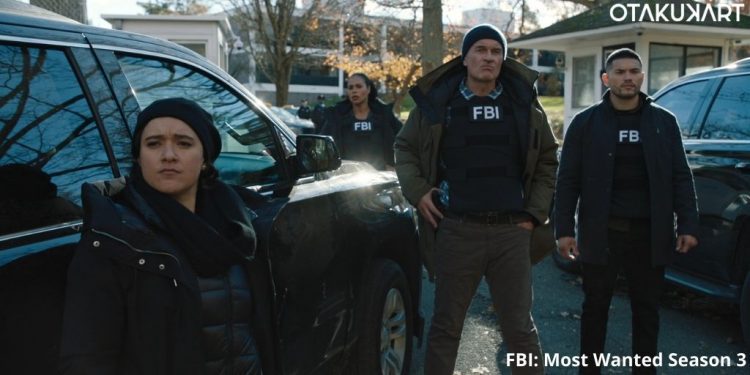 Things are about to get seriously dangerous in FBI: Most Wanted Season 3 Episode 11, and the viewers are excited about it. Whereas the show returned with another thrilling episode after a break of 3 weeks. The episode gave us a look at a former marine named Binh Dao, who was killing people with a uniquely made firebomb. Moreover, he was using a dangerous chemical to make those bombs.

On the other hand, the team was trying to figure out the intentions behind his crimes. However, it was getting difficult to find a link between the victims. Meanwhile, Binh’s stepfather Ken was hiding crucial information from the FBI that would change the course of the case. However, it all got confusing when Binh tried to shoot Ken. But the main question was, what was Binh’s motive behind killing those people?

The American television series has been a popular choice among the viewers in the police procedural, drama, and action genres of tv shows. It is the second installment in the popular franchise titled “FBI” that kicked off with the show of the same name. Moreover, the well-known Canadian American television director René Balcer has created the show. The show is currently airing the third season and has been quite successful. Now the fans are quite excited to watch FBI: Most Wanted Season 3 Episode 11. However, let us first take a look at the events of the previous episode and find out what happened.

Episode 10 of FBI: Most Wanted Season 3 came out on 4th January 2022. Moreover, the episode was titled “Incendiary”. The episode began with another act of crime where a man named Binh Dao set a casino table on fire using a firebomb. The fire burned the hand of a woman who was handling the table. FBI learned about the criminal who was a former marine and an immigrant from Vietnam when he was two. Although, it turned out that he was given a general discharge from the service instead of an honorable discharge that raised suspicion among Jess and Kristin’s minds.

On the other hand, Binh killed another woman who knew him since he was a kid and had helped her mother to get a cleaning job. Meanwhile, the FBI was finding it hard to understand why Binh was killing people who had not done any harm to him or his family. But the team soon got a call from Binh’s mother, Thuy Dao, who informed them that Binh was there to shoot his dad and her husband, Ken. Although Binh escaped before they reached the house, but they told Ken to reveal the truth whatever he was hiding. Ken told Jess and Kristin that his son was the one who killed one of his teammates named Elkot because he talked disgustingly about his mother.

Furthermore, Ken hid this information from everyone, and the investigation in Elkot’s death never happened. Soon, the team got the news that Binh killed another man by setting him on fire. It turned out that the man had fired Thuy after she took a leave for her surgery. Whereas, the team found out that Ken had spent all the savings and money in gambling at the same casino where Binh threw the explosives. After a lot of digging, it turned out that Binh was killing all those people who treated his mother badly through the years. But in the end, the team stopped Binh before he committed another crime with the help of Thuy and arrested him.

“FBI: Most Wanted Season 3 Episode 11 will release on 11th January 2022 at 9 pm ET on CBS.” Furthermore, the episode will be titled “Hunter”. The next episode will show us a fugitive who is hunting humans instead of animals. Therefore, the FBI will try to get to the man before he kills any more innocent people. So stay tuned to find out what goes down next.

The American action drama series has been attracting a lot of viewers with its ongoing third season. Therefore, the viewers are searching about where to watch FBI: Most Wanted Season 3? That question has a simple answer to it. “FBI: Most Wanted Season 3 airs every Tuesday on CBS at 9 pm ET in the United States.” The show also streams on Paramount+. Whereas the viewers can head to Amazon Prime Video and Youtube TV as well to watch the show.

Also Read: Grief Will Take Over In FBI Season 4 Episode 11

Kaiju No. 8 Announces Hiatus: Here’s When It Will Return?