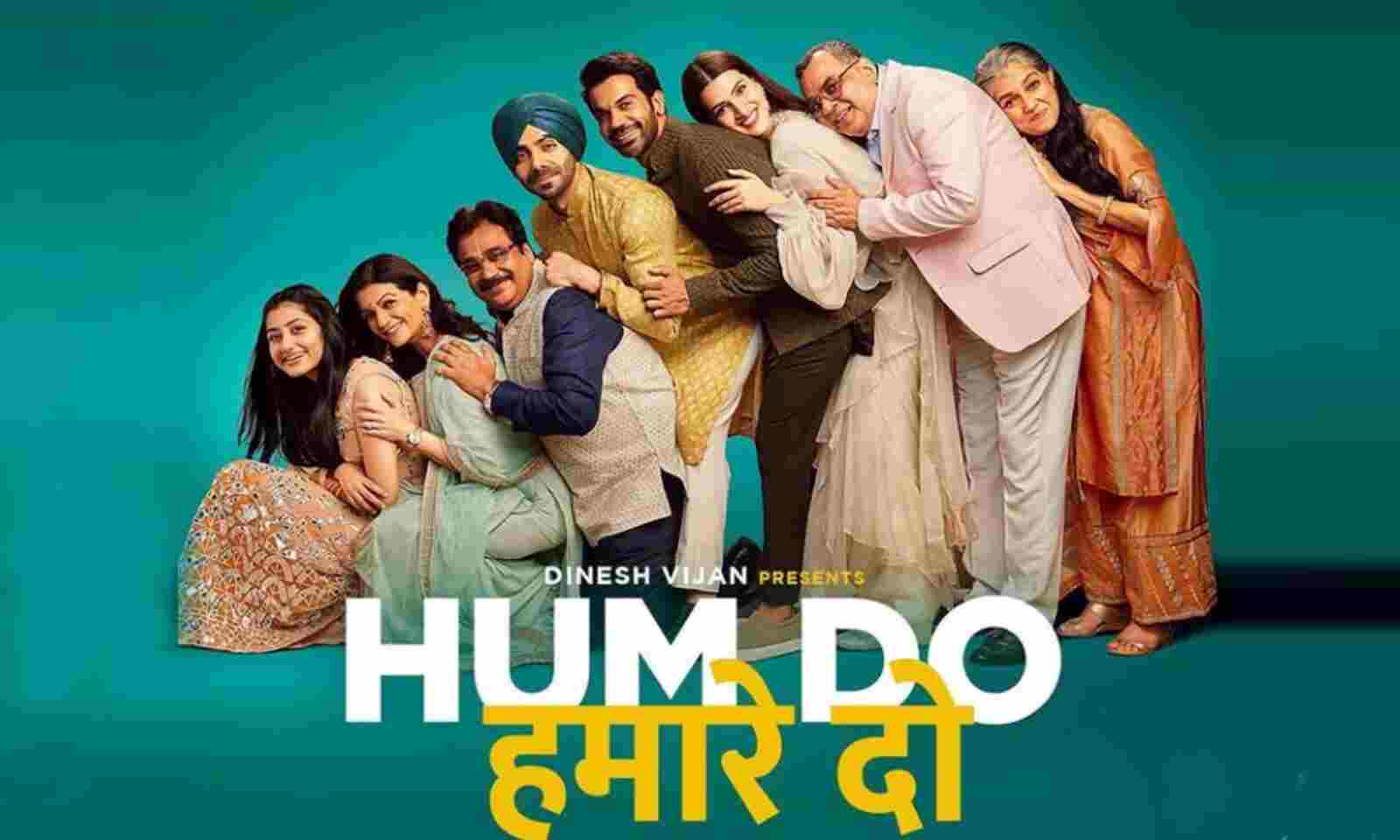 Something new is coming this October. Guess what? Kriti Sanon and Rajkummar Rao, in their successful film Bareilly Ki Barfi, were adored by the audience. Kriti’s flick Raabta included Rajkummar in a cameo role. Now that it has been revealed that they would reunite for another comedy film, fans are ecstatic and eagerly anticipating the release of the film, named Hum Do Humare Do. As a result, when news broke that they were working on another comedy, fans were ecstatic.

Hum Do Humare Do tells the tale of a young couple that decides to adopt two parents to fill a need in their lives. The adoptive parents will be played by Paresh Rawal and Ratna Pathak Shah, and their attitudes are supposed to wreak havoc in the life of the young couple. The film made news when it was announced, but owing to the Covid-19 epidemic, there were no updates. 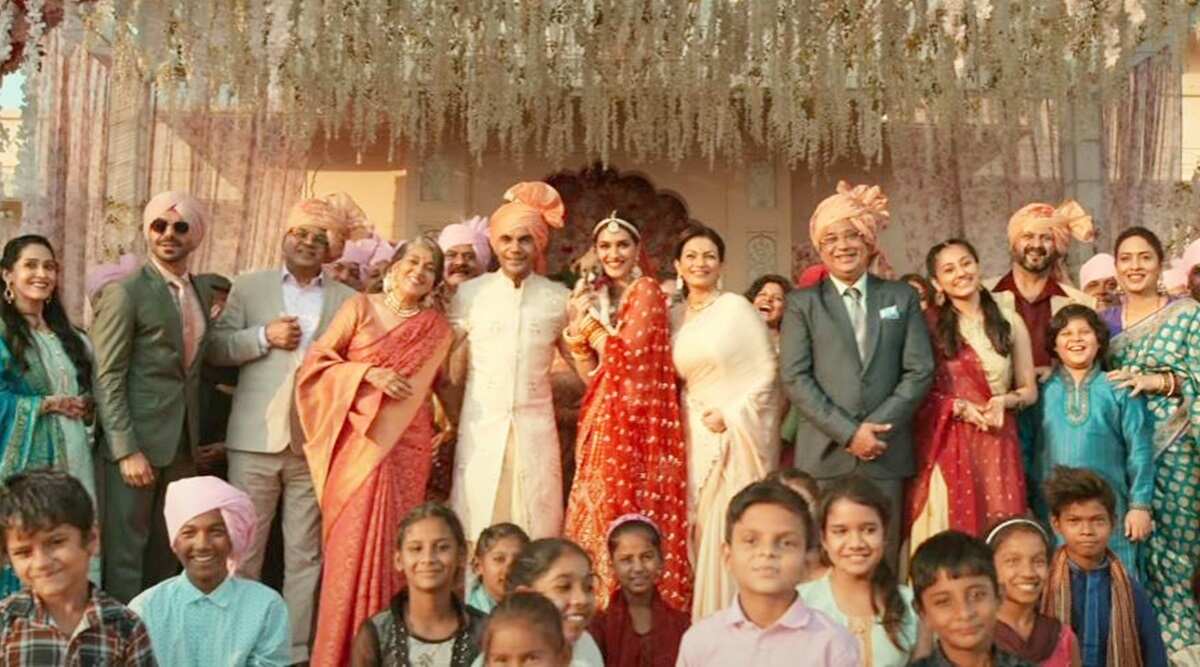 Family entertainer Hum Do Humare Do 2021 (Source: The Indian Express)

Audiences are still not welcome to explore in movies, according to a source reported by PeepingMoon. Bell Bottom, Chehre, and Thalaivi, all of which were released in theatres, we’re unable to recoup their expenditures. Their performance hasn’t been promising, and this has clarified that releasing a picture in theatres is suicidal and until cinemas in Maharashtra open, which doesn’t appear to be conceivable anytime soon. Because of this, the producers have little choice except to distribute their completed films on digital channels. Dinesh Vijan is simply following in his footsteps since he can’t wait much longer.

Hum Do Humare Do 2021 Release Date

Finally, the wait is over as Hum Do Humare Do 2021 Release Date is on October 29, 2021. The film is planned to launch on Disney+Hotstar, an OTT platform. Because several huge films, like Bell Bottom, Thalaivi, haven’t been able to recoup their costs, the film’s producer, Dinesh Vijan, is planning to put it on OTT during Diwali season. Kriti Sanon and Rajkummar Rao in Hum Do Humare Do 2021 (Source: India.com)

In terms of work, the tinsel town was featured prominently in Netflix’s ‘Mimi.’ Her portrayal as a surrogate mother in the film got a lot of praise. There hasn’t been much information released regarding the film’s plot, however, it has been stated that it would be a romantic comedy with a unique premise.

Hum Do Humare Do also stars Paresh Rawal, Ratna Pathak, and Aparshakti Khurana, in addition to Kriti Sanon and Rajkummar Rao in the major roles. Abhishek Jain, Prashant Jha, and Abhijeet Khuman wrote the screenplay. Hum Do Humare Do tells the story of a young couple that decides to adopt two parents in order to fill a vacuum in their life. This will just add to the confusion in their lives, resulting in a lot of sitcoms.

Kriti Sanon began her career as a model before making her acting debut in Sukumar’s Telugu film Nenokkadine. Her debut Bollywood flick Heropanti earned her the first Filmfare Award. Sanon starred in the amorous action comedy Dilwale in 2015.

Rajkummar Rao, a highly brilliant young actor from Bollywood, is doing very well in the film industry and has received several awards for his achievements. Naseeruddin shah of the new generation is his nickname.

He is a gifted actor, cricket commentator, RJ, supporting actor, and television host. He’s like a one-man army, and he’s the younger brother of the extremely gifted Ayushmaan Khurana.

He is a gifted actor, support actor, singer, and producer. A man with excellent vocal and acting abilities. He is most known for his role as Babu Bhaiya in the Hera Pheri film.

Ratna Pathak Shah is a filmmaker and actress from Bollywood. Her work in theatre, television, and cinema has earned her acclaim. When she was featured in the famous TV series Idhar Udhar in 1980, she became a household name.

Also Read: AJ Pritchard Girlfriend: Who is The Famous Choreographer Dating in 2021?

It’s clearly apparent that Hum Do Hamare Do is the central theme. The teaser for the film was revealed on Wednesday, October 6, along with an announcement of the film’s OTT release date.

The teaser for Hum Do Hamare Do highlights Maddock Films’ other films, including Stree, Luka Chuppi, Bala, and Mimi. The trailer then asks, “What our hero will do now?” after introducing Kriti and Rajkummar. On October 29, Disney+Hotstar will premiere Hum Do Hamare Do. Kriti Sanon, who plays the female protagonist, revealed the release date of ‘Hum Do Hamare Do’ on social media.

Fans have filled the comment area with remarks expressing their delight at the prospect of seeing Kriti and Rajkummar on a project together again. The two previously collaborated on the film ‘Bareilly Ki Barfi,’ which also featured Ayushmann Khurrana.