Who is Howard Stern Engaged to? Career & Relationships 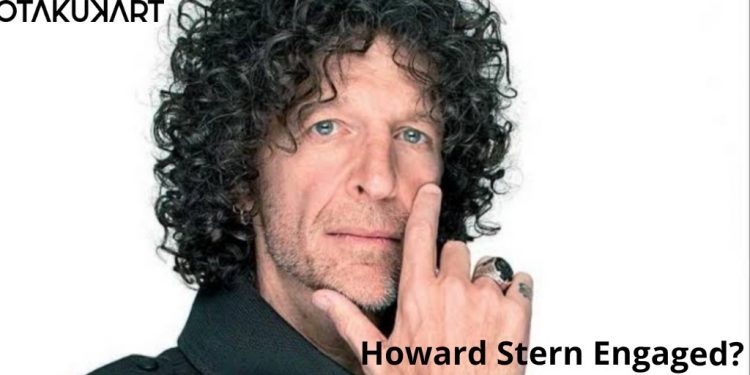 Fans have shown interest in who is Howard Stern Engaged to. What do we know about his career and relationship details? Starting from the very basics, Howard Allan Stern is a renowned American radio personality and author. He gained recognition and popularity with his television show The Howard Stern Radio Show aired from 1998 till 2001. Not to forget to mention his appearance as the judge on America’s Got Talent (2012-2015). As an author, Howard Stern has penned down three books to date about which we shall discuss in the later section. He also has some popular albums, one of which is Crucified By the FCC, released in 1991.

It’s been many years since Howard Stern has been engaged and eventually married the love of his life. Many of you still don’t know who is Howard Stern Engaged to and tied the knot with. It’s been several years since they have been living together happily. For more details about Howard Stern’s engagement, and a bit of his career, you must read this article till the last word.

Who is Howard Stern Engaged to?

Howard Stern was engaged to Beth Ostrosky. It was in 1978 when Howard Stern married his first wife- Alison Berns. They met at Boston University via a common friend. The duo, with immense love and respect for each other, tied the knot at the Temple Ohabei Shalom, situated in Brookline, Massachusetts. Following their marriage, they welcomed three daughters- Emily Beth, Debra Jennifer, and Ashley Jade. After being together for many years, they parted ways in 1999. The reason for their sudden split was Howard Stern was completely consumed with work, as claimed by himself. He couldn’t give much time to his family. Thereafter, they ended up with a divorce in 2001.

After his split with his former wife, he dated quite a few, but those relationships didn’t last for long. Finally, in 2008, Howard Stern announced on his satellite radio show the news of his engagement. He confessed that he proposed the love of his life, Beth Ostrosky, who is an American actress and model. It wasn’t a casual proposal, but he surprised her with a 5.2-carat diamond ring while making love on bed. That’s when Beth Ostrosky agreed and said ‘yes’ to his proposal, and that’s how their engagement went by. Following their engagement, the couple married on 3 October 2008 at Le Cirque restaurant in New York. Howard Stern has purchased a house worth $52 million, located in Palm Beach, Florida.

Currently, this radio personality, Howard Stern, is leading a blissfully happy and stable marriage life with his model wife, Beth Ostrosky. During the time he announced his engagement, his fans were shocked yet happy.

What is Howard Stern famous for?

This famous American radio personality, Howard Allan Stern, was born on 12 January 1954 in Jackson Heights, New York, United States. His date of birth makes him 67 years old in 2021.  For studies, he attended the renowned Boston University, from where he graduated with the degree in Bachelor of Arts.

Howard Stern is quite popular in his career. Because of his multiple skills and excelling in several fields, he is often known as the ‘King Of All Media’. Wishing him good luck and good health for the rest of his life.

Also Read: Jason and Chrishell Engaged: The Selling Sunset Pair Chose To Keep Their Relationship Away From The Camera

Who are Hitogami’s Apostles in Mushoku Tensei: Jobless Reincarnation?