How To Watch ‘The Watch’ Season 1? 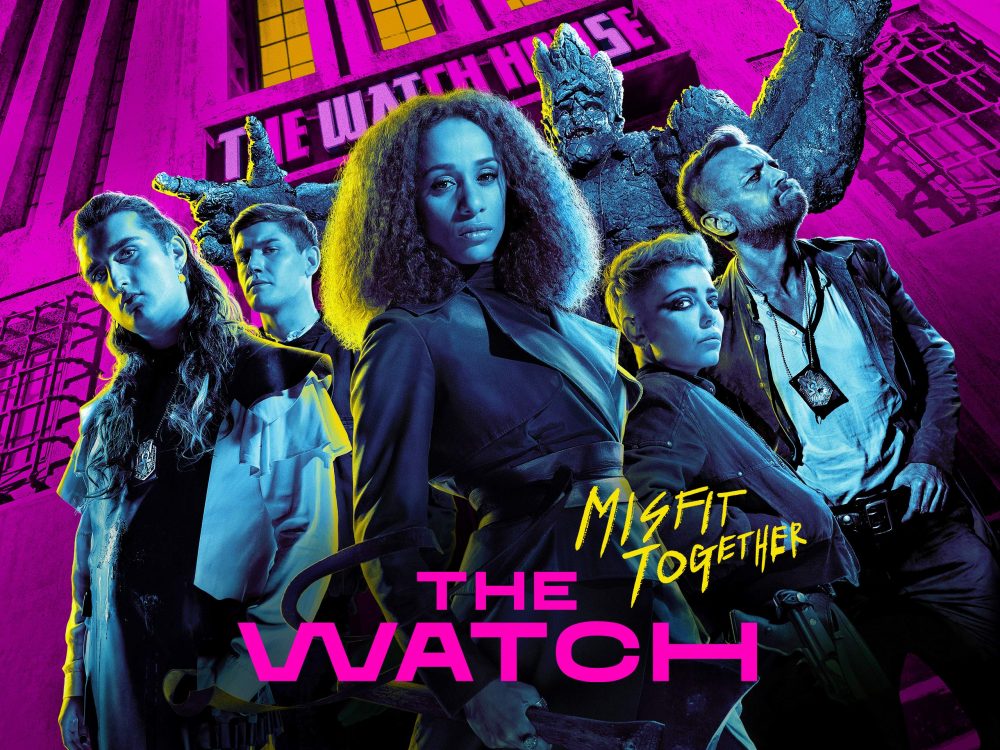 The Watch is an American fantasy police procedural television that recently finished premiering on BBC America. This series is inspired by Ankh-Morpork City Watch from the Discworld series of novels by Terry Pratchett. This series has received a great response from global response marking it a big hit. Johann Knobel is the producer of this series in association with BBC Studios and Narrative Pictures.

This series has a good run on BBC America, but still many people missed watching it or might have got to know about it now. Hence, we have got all the details regarding this series and also how can you watch it now. We will be sharing all the updates about it here only. So, we would like to start by sharing the trailer of season 1 that you should definitely have a look at before starting with the series.

How To Watch “The Watch” Season 1?

The Watch Season 1 has already premiered on BBC America. This series was having a total of 8 episodes in the first season. This series started premiering on 3 January 2021 and ended on 14 February 2021. Those who have missed the chance to watch this series on BBC Network do not need to worry about anything. As of today, we have got all the ways through which you can stream this series. But before that, you should have a look at the complete episode schedule of the first season.

So, now we would like to share the major details about how can you stream the first season of this series. It is available on the official site of BBC America, so you can stream it there. But, you will have to first sign in with your cable operator on that site in order to stream this series. You can even rent or buy this season from Amazon Prime Video. As of now, these are the only two platforms where you can stream this series. So, definitely not miss this opportunity and binge-watch the complete season before season 2 happens.

This series is having some really great actors and actresses as the lead cast, and all of them have completely nailed their performance in the first season. In the lead roles, this series is having  Sam Adewunmi in the role of Carcer Dun, Matt Berry as the voice of Wayne, Anna Chancellor as Lord Vetinari, Marama Corlett as Corporal Angua von Überwald, Richard Dormer in the role of Captain Sam Vimes, James Fleet as the Archchancellor, Adam Hugill playing as Constable Carrot, Jo Eaton-Kent playing the role of Corporal Cheery Littlebottom, and Ruth Madeley in the role of Throat. Even the recurring and guest cast of this series was really amazing, and this you will get to know after watching this series.

The Watch Season 1 was a grand success. This response that the first season received was completely beyond the expectations of the creators. Although the critics didn’t very much appreciate this series and criticized it for having a little weak storyline. Still, it was the audience that made the first season a big success. After all, this series belongs to the very famous network BBC America. From all this, we can say that the chances for season 2 are very high and if a new season happens. Then, you can expect it anytime in 2022.

The creators of this series as well as BBC America, have not given any official statement regarding season 2. But, whenever they will share any update about season 2, we will share it on our site. As of now, we have shared all the major details about the first season of this series. We will keep coming back with more updates about the new announcements regarding this series. So, if you are one of those die-hard fans of this series who do not want to miss out on even a single update, stay tuned and connected to Otakukart.

Lee Je Hoon Sets Up His Own Agency ‘COMPANY ON’

What To Expect From ‘Put A Ring On It’ Season 2?