As far period dramas go, The Alienist was never the best nor the worst series. The show had its share of good reviews but at the same time, there were also enough who liked the comforting flow of the show. It’s quite untrue to think that The Alienist did badly in its first season for a significant number of viewers did seem to enjoy it. At least, enough for the series to return for another season. The Alienist season 2, named Angel Of Darkness quickly caught the attention of those who had watched the first season. Once again, the responses received were mixed but not too tough lucked either. The Alienist season 2 returns with more exciting crimes that might just spin your mind and great character development that bring them closer to the viewers.

The Alienist delivered its first season in 2018. It was based on a brilliant novel by Caleb Carr written in 1994. Its first season ran for 10 episodes which covered some events from the book. The series starred Daniel Brühl and Dakota Fanning in the lead, both amazing actors alongside many other remarkable faces. Even people who criticize the story would agree that the actors did a brilliant job, which needs to be appreciated.

In 2020, the second season, The Alienist: Angel Of Darkness came out. Here are all the details about The Alienist season 2, answering all necessary questions; What is it about and where to watch it?

Also Read: Top Movies Like The Night Clerk Everyone Must Watch

Where To Watch The Alienist season 2?

Season 2 of The Alienist has 8 episodes. It is loosely based on the 1997 sequel novel, Angel Of Darkness. The second series was ordered by TNT in 2018. Two years later, the series was finally released on 19 July 2020.

We always recommend watching the series on licensed platforms so that the original creators gain profit. This would also contribute to supporting your favorite shows, actors, and staff involved in the making.

What is The Alienist Season 2 about?

The Alienist: Angel Of Darkness takes place a year after the events of the first season. While the first season was very fixated on Laszlo Kreizler, the second season shifts its spotlight to Sara Howard. Sara has now got her private detective agency. The season opens with a woman being accused of killing her child. 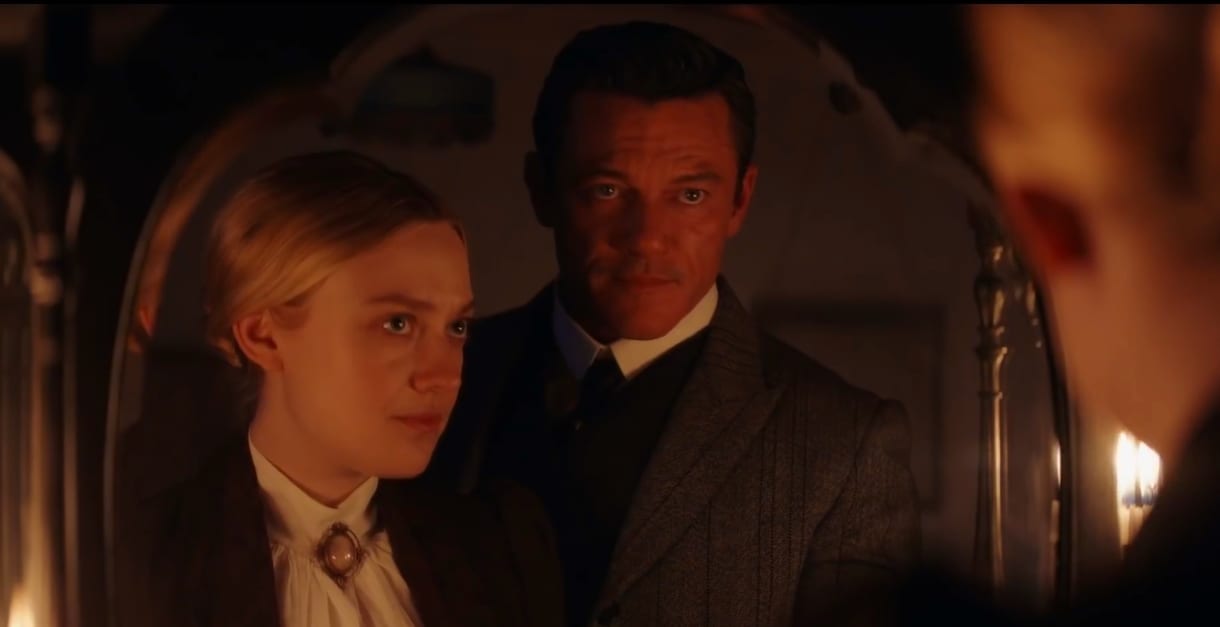 Dakota Fanning and Luke Evans in The Alienist.

Sara, in need of untangling the truth behind a crime, teams up with Laszlo Kreizler and John Schuyler Moore, who is now a New York Times reporter. They go in search of the infant daughter of a Spanish consular. Unravelling the crime leads them to uncover secrets as they head towards a killer. The story brings back many characters from the first season that put a good impact on the story. One such pair was the Isaacson twins.

The Alienist season 2 is about a gruesome crime, betrayals, a killer on loose, and the ticking time of Sara, Laszlo, and John to solve it. At the same time, this season does not fade away from addressing social-political issues like corruption, inequality, and yellow journalism. Keeping Sara at the face of focus, it also makes sure to put forward the problems faced by women during the era. The misogyny displayed through the experiences of Sara continues to date in many parts of society.

Also Read: We Need To Talk About Kevin Ending Explained: A Horrifying Watch

Daniel Brühl in The Alienist Season 2.

One of the most redundant complaints that I come across in any critical review with regards to the series is its lack of touch with the novel. The story strays away from the source to make one of its own. However, in my opinion, the season made quite a good impression based on the overall plot. The mystery was good. Yet, the series was slow-paced which made it a bit overbearing to continue.

The shift of the lead from Laszlo in season 1 to Sara in season 2 was a good phase. Although I would have loved to watch more and more of David Brühl, Sara is an ideal strong female lead who easily becomes a favorite. The development of every character was molding smoothly which was satisfactory and believable.

As for the cast, The Alienist has never been a disappointment in terms of its artist. Every character has been acted with great care and precision, making The Alienist a good watch worth the time.