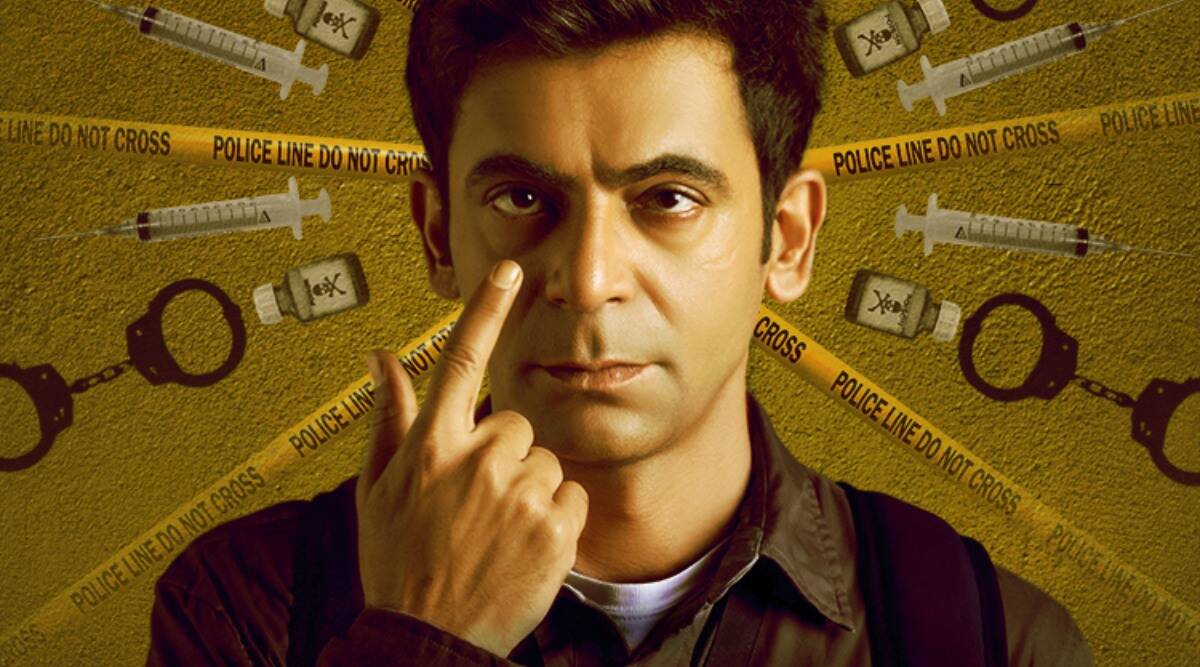 Sunflower is a crime-thriller comedy web series, helmed by Vikas Bahl. Rahul Sengupta serves as the co-director. Bahl has also penned the series. The show follows a murder mystery in a middle-class housing society in Mumbai named “Sunflower”. A Reliance Entertainment production, it premiered on ZEE5 on June 11, 2021. The cast includes actor and comedian Sunil Grover and Vikas Bahl in leading roles. It also stars Ranvir Shorey, Girish Kulkarni, Shonali Nagrani, Sonal Jha, and Ashish Vidyarthi. The show boasts a strong and talented cast. There’s a murder mystery at the center of the plot, which is propelled by a comedy of errors. Sunil Grover shines in the leading role and displays his fine acting chops as the silly Sonu. Supporting him are Ranvir Shorey and other talented cast members. So without further ado, let’s find out how to watch Sunflower online right now.

The story is based in the titular middle-class housing society with a range of comedic characters. At the center of it all is the simpleton Sonu (played by Sunil Grover). He’s a silly resident of society who finds himself at the center of a murder mystery. As an investigation into the murder ensues, Sonu finds himself progressively more and more stuck and trapped. While Sonu digs a grave for himself, making himself look like the prime suspect, the real culprits lurk unnoticed. The real culprit, as it turns out, is a resident couple who do their best to evade investigation. Their cautious dodging is made easier by Sonu, who is unparalleled in making himself look like the murderer. The entire story sees the murderer couple on the edge, treading carefully. However, Sonu makes his problems only worse.

Meanwhile, the members of the society are also worrying about their society’s deterioration. The hypocritical society folks worry over their society’s glory days. There’s two generations living in the society which breeds much conflict and banter. The clear rift between the old and the new generation also gives rise to comedy throughout the series. The new generation doesn’t subscribe to the “values” and the old ways of the older one at all. Their ways, which comprise of late-night parties, tattoos, and homosexual relationships, will make Sunflower wither away, as they say. Sonu is caught between this messy chaos while also slipping ever so deeper in his grave during the murder investigation. Amidst this chaos, is a comedy of errors, following a mysterious murder as well. Will the real culprits get caught? What will happen to Sonu? The show answers these questions as it moves ahead.

How Can You Watch Sunflower Online?

Sunflower is a ZEE5 original series, premiering on June 11th, and spans a total of eight episodes. It is available to stream online on ZEE5 Premium. It’s a ZEE5 exclusive, which means it’s not available on Netflix, Amazon Prime Video, or Hotstar. To watch Sunflower on ZEE5, the platform has a couple of subscription offers for you. There’s currently a premium offer on ZEE5 that will cost you about Rs 499/year. ZEE5 also offers a free trial period in select regions and times, so go sign up and start watching Sunflower right away. As for a potential second season of the show, there haven’t been any official announcements as of yet. However, if something does pop up, we’ll be sure to post you up immediately!

You can stream Sunflower on ZEE5.