How To Watch Sea Of Hope And Episode Schedule 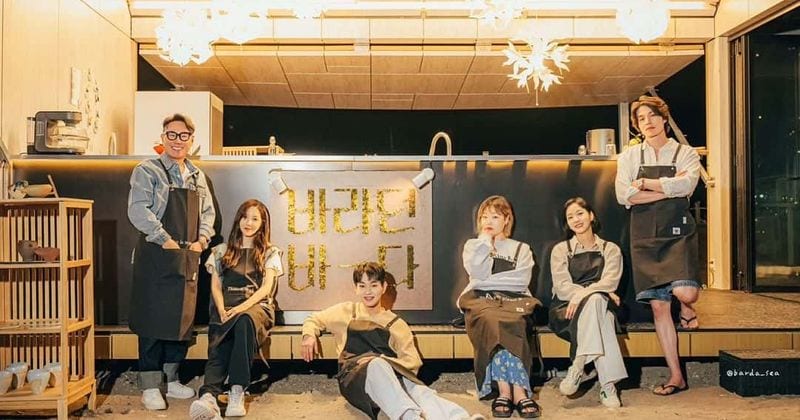 Sea of Hope is an ongoing variety program show. How to Watch Sea of Hope and more on its cast and episode schedule is something we will be taking up today. The ongoing television show is entirely star-studded. How exciting would it look with all your favorite stars under one roof, on a single screen, enjoying themselves, side by side, entertaining the audience. Thinking the very scenario seems exciting right, and this is exactly the case with Sea of Hope. Our favorite celebrities will showcase their talents, their favorite recipes, music, and more in the famous variety program show.

News on the television show was circulating around for a while now. First, the cast and the celebrities were confirmed. After the casts and crew were finalized, the guest list was being decided, and finally, the filming began. From time to time, the show will also bring in other famous celebrities, actors, or idols as guests for one episode each. The main center of attraction about this television show is its unique idea and the powerhouse cast. The very presentation and the concept of the show are quite captivating. The music variety show is already getting a good amount of acceptance from the audience.

Singing, making food, being a host to the guest, and overall enjoying their time in the show is what the show is all about. From time to time, new guests on the show will keep on appearing, and the cast has to come up with new delicious recipes for their guests. These guests will also be famous celebrities themselves and will add an extra charm to the show as a whole. But before proceeding any further, let’s look at how to watch “Sea of Hope” and more on the show.

How to Watch Sea of Hope?

Sea of Hope can be watched on the original network JTBC. Apart from the original network. Any other streaming site is not available for the show for the time being. The variety show will reportedly have just a total of 10 episodes. It premiered on 29th June 2021 and airs just once a week, every Tuesday. The show is overall based on a seaside bar. While the view of the show is impressive in itself, having a cool breeze, giving a vacation feeling. What adds more color to the show is the cast. Beautiful and much-talented actress Lee Ji Ah is the main chef of the show. At the same time, actor Lee Dong Wook has been giving the charge of mixing up some colorful cocktails for the guests.

While actress Kim Go Eun is the ocean guard and a lifeguard, and a tour guide to all the guests that come. Yoon Jong Shin will handle the music department, and Lee Soo Hyun is the bar mood maker. Last but not least, we have Onew, from Shinee, who is the primary baker and will make your day with his sweet dishes. This new concept of the show is much liked and appreciated by the fans. With the release of the following episodes, more entertainment is coming our way.

Also Read: When Hope Calls Season 2: Everything You Need to Know

Sea of Hope is an ongoing South Korean variety show. It has a total of 10 episodes and airs every Tuesday on the original network JTBC. With the duration of each episode to be approximately 1hr 30min. The show is based on the concept of a seaside bar. Here, the celebrities will perform music and prepare homemade dishes for the guests who appear on the show. For more clarity regarding the episodes and their airing dates, the episode schedule is given below.

Blackpink’s Rose was also seen as a guest for the show. The genres of the show include comedy and entertainment. As the show’s main cast, we have Lee Ji Ah, Lee Dong Wook, Onew, Lee Soo Hyun, Yoon Jong Shin, and Kim Go Gun. Sea of Hope is also popularly known as The Sea I Wished For. So, that was all for today. For more such updates, stay connected.

Who Is Demi Burnett Dating? All About The Bachelor Alum Romance