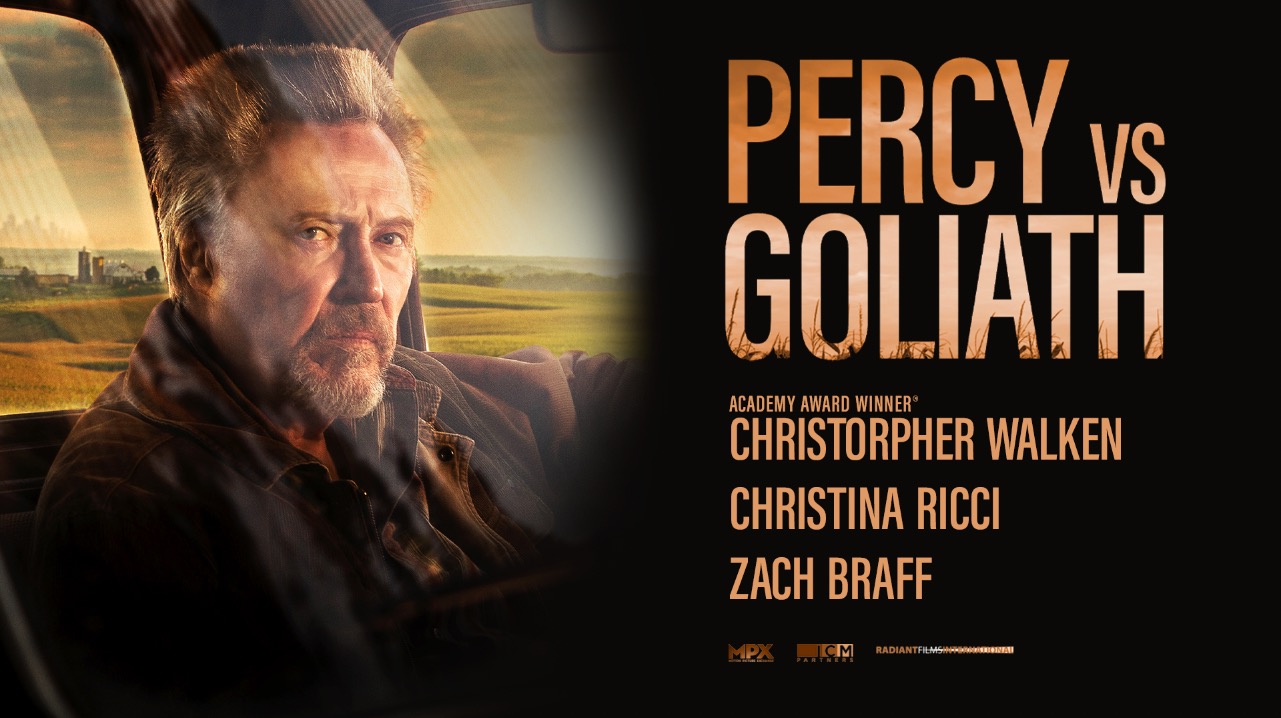 Percy Vs. Goliath is a 2020 Canadian-American-Indian biographical drama directed by Clark Johnson. Garfield Lindsay Miller and Hilary Pryor have penned the screenplay. Steven MacKinnon composed the music while Luc Montpellier handled the cinematography. Susan Maggi, Geoff Ashenhurst, and Maureen Grant served as the editors. The film stars Christopher Walken, Christina Ricci, Zack Braff, Luke Kirby, Adam Beach, Martin Donovan, Roberta Maxwell, and Peter Stebbings. The film premiered at the 2020 Quebec City Film Festival. It hit theatres in Canada on October 9, 2020. The film is based on a true story about a small-town farmer Percy Schmeiser. In 1998, he challenged a major crop conglomerate Monsanto after their GMOs interfere with his crops.

The cast includes Christopher Walken in the lead role of Percy Schmeiser. Christina Ricci plays the role of Rebecca Salcau. Zach Braff plays Jackson Weaver while Luke Kirby stars as Peter Schmeiser. Adam Beach plays the role of Alton Kelly, and Martin Donovan plays Rick Aarons. Finally, Roberta Maxwell plays the character of Louise Schmeiser. The film has had a generally favorable reception amongst the critics and audiences. It hit theatres in Canada in 2020, with the title “Percy”. Its US release saw the title change to Percy Vs. Goliath. The film is a co-production between Deepak Kumar Films, Grasshopper+Marks Production, Mansa Productions, Productivity Media, and Scythia Films. 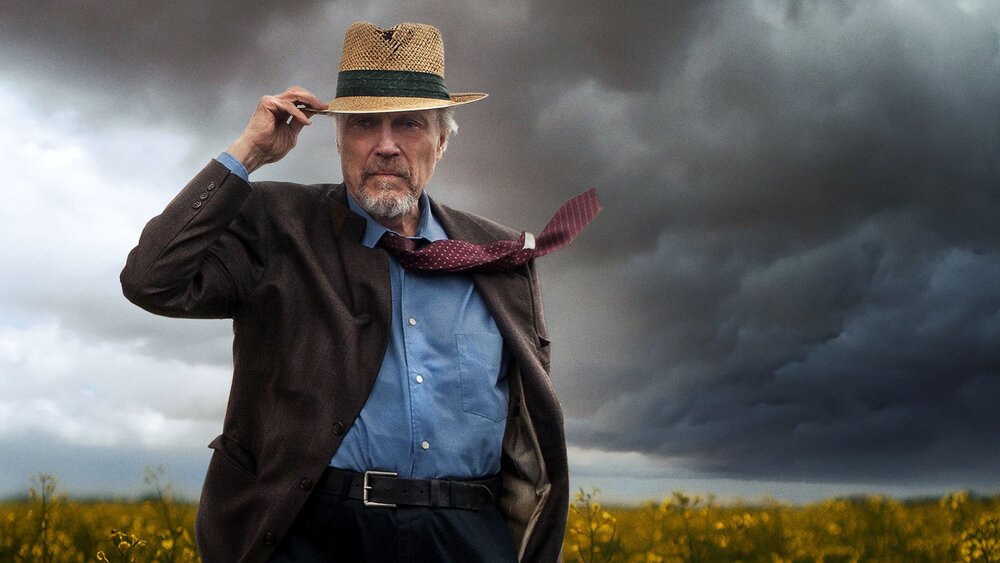 The film is based on true events from a 1998 lawsuit. It follows Percy Schmeiser, a small-town farmer who challenges a major conglomerate. After Monsanto’s genetically modified (GMO) canola is discovered in the 70-year-old farmer’s crops, he speaks out and challenges the company. In doing so, the Canadian farmer also realizes that the battle is not just his. He is also representing thousands of other disenfranchised farmers across the world who are fighting the same battle. Soon, Percy becomes a folk hero and spokespersons for farmers’ rights and the world’s food supply. His fight against the corporate giant is what gives the film its title, with Goliath being the conglomerate. So where can you stream or watch Percy Vs. Goliath? Is it available anywhere online at the moment? Read on to find out!

Percy Schmeiser was a Canadian farmer, businessman, and later, a politician. Percy was born on January 5, 1931, in Bruno, Saskatchewan, Canada. He became an international spokesperson for disenfranchised farmers following his legal battle with Monsanto, a multinational agrochemical company. As a farmer, he specialized in breeding and growing canola, field peas, wheat, and mustard. On August 6, 1998, Monsanto sued Schmeiser for patent infringement. The case went on for several years, during which Schmeiser became a popular figure against genetic engineering. Along the way, he also received multiple threats and harassment.

Schmeiser eventually won the case when the supreme court ruled in a 9-0 decision in his favor. Later on, Schmeiser also sued Monsanto a couple of times. Schmeiser would go on to spend over 40 years in various political roles and community service. He was the mayor of Bruno from 1966 to 1983. He was also a member of the Legislative Assembly of Saskatchewan for the Liberal Party of Saskatchewan during 1967-1971. Schmeiser received the Mahatma Gandhi Award for working for the good of society in 2000. In 2007, he won the Right Livelihood Award for his courage in defending biodiversity and farmers’ rights. He has had several films made on him and his battle against the corporate giant. Percy Schmeiser passed away on October 13, 2020, at the age of 89, after four days from the film’s release. 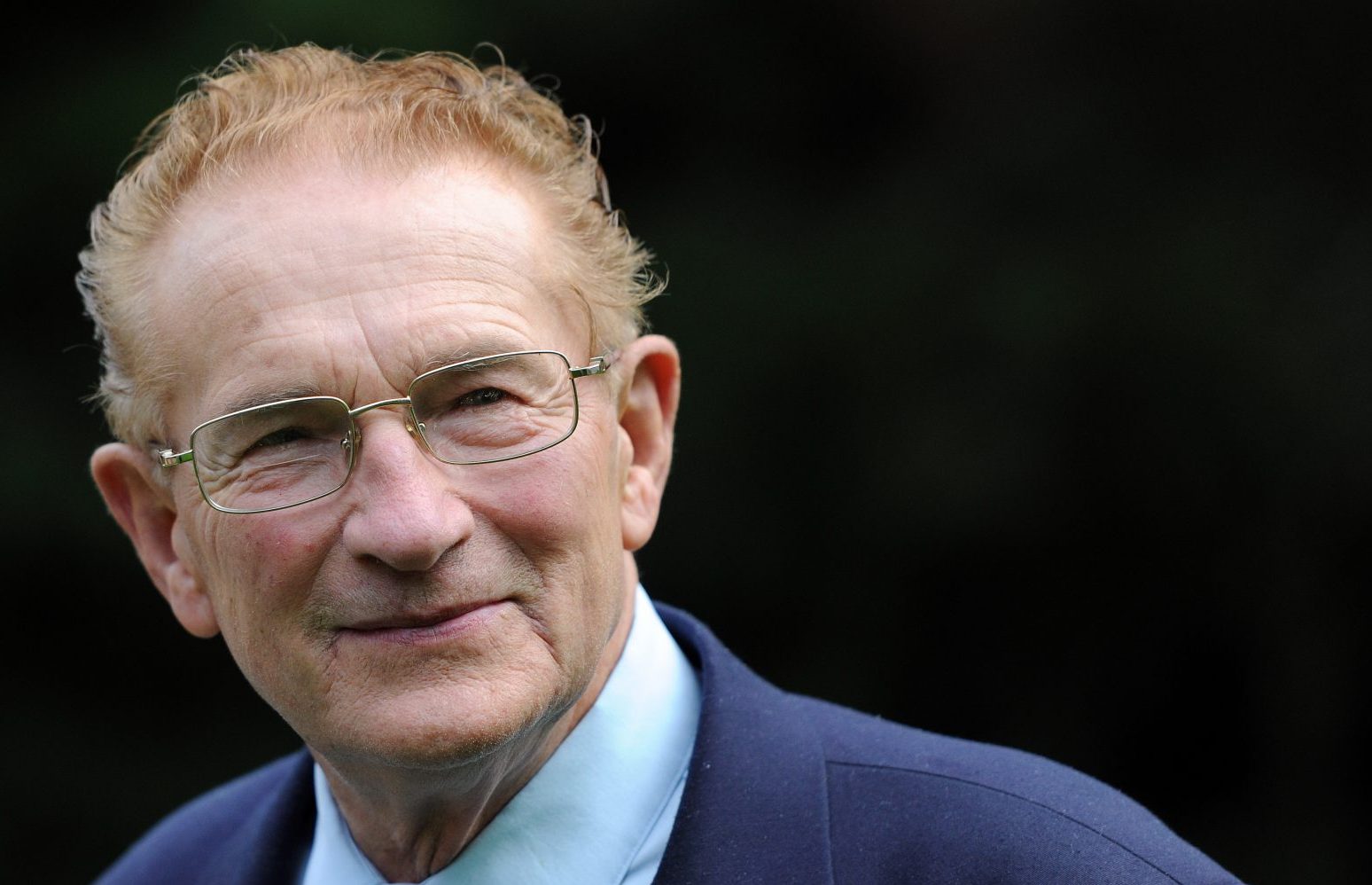 Where Can You Watch Percy Vs. Goliath?

The film hit theatres in Canada last year, with the title Percy. It saw its US release on April 30, 2021, as Percy Vs. Goliath. Is Percy Vs. Goliath available to stream on Netflix, Amazon, HBO Max, or any other streaming site? The answer is — no, it’s not. It will not be arriving on any streaming platforms. However, it’s currently available as a digital VOD. You can rent or purchase it on the Google Play store and Amazon Prime Video.