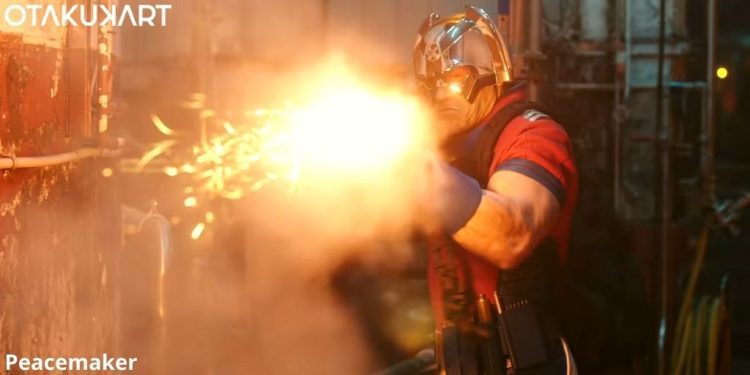 The latest offering from the store of DC, Peacemaker, is around the corner, and people want to know how to watch Peacemaker? The show stars the world-famous WWE Superstar turned actor John Cena in the lead role. He portrays the role of Peacemaker, a character that believes in achieving peace at any cost whatsoever. However, the self-obsessed hero has a fun side to him as well.

We first saw him introduced in the 2021 DC movie “The Suicide Squad,” which was written and directed by the revolutionary director James Gunn. Furthermore, some viewers considered the movie as a sequel to the Suicide Squad from 2016 by David Ayer due to the inclusion of several similar characters from that movie. Whereas some considered the movie as a soft reboot to the original, which, to be honest, it actually was. Either way, the fans loved the portrayal of Peacemaker by John Cena.

Moreover, James Gunn also got quite impressed by Cena’s performance and decided to go ahead with a television series focusing on Peacemaker. On the other hand, this is also the first DC television series to follow up the continuity of the DCEU movies. The story of Peacemaker is set after the events of The Suicide Squad and will take a deeper look into the origins of the character. The series is only a few days away from release, and the fans are eager to find out how to watch Peacemaker? So, let us go ahead and discuss that for a few different regions.

How To Watch Peacemaker? Streaming In The U.S.

The DC fans and viewers in the United States are possibly the luckiest audiences around the world when it comes to getting access to the latest DC offerings from HBO Max. “Peacemaker is set to air on 13th January 2022 at 3 am ET on HBO Max in the United States.” The viewers have the option to choose from two monthly subscription choices offered by HBO Max.

The lowest subscription costs $9.99 monthly, where the fans will be able to stream the series with other contents available on the service but with advertisements. Meanwhile, the premium monthly subscription of $14.99 gets rid of the advertisements. Peacemaker will premiere with the first three episodes of the season altogether. Meanwhile, the next five episodes will air in the coming weeks with one episode per week. Additionally, each episode will release on Thursday every week at 3 am ET as well.

How To Watch Peacemaker? Streaming In Australia & Canada

Although the HBO Max streaming service is not available in Australia yet, the viewers are not left empty-handed. Peacemaker will premiere with the first three episodes on Binge in Australia on 13th January 2022. Furthermore, the show will also be available to watch on Foxtel and Foxtel Now for the viewers in Australia at the same time as in the U.S.

Meanwhile, the viewers in Canada will be able to stream the show on Crave streaming service on 13th January 2022 as well. Furthermore, the region will get the first three episodes of Peacemaker at the same time as well. Crave also offers two monthly subscription choices, the lowest one being $9.99 for PC and Mobile users. Whereas, the viewers using a streaming device or TV will have to pay $19.99 a month.

How To Watch Peacemaker? Streaming In India & U.K.

The fans in India and the U.K. are some of the most excited ones to be looking forward to Peacemaker. Unfortunately, things are not in favor for all those waiting to stream the series in these regions. Firstly, the HBO Max streaming service is not yet available in either India or the U.K. Furthermore, there is no confirmed date as to when the service will arrive in the two countries. Coming to the second part, unlike Canada and Australia, Peacemaker won’t be streaming on other giant services in the U.K. or India.

Streaming services like Amazon Prime Video and Netflix have offered most of the DC content in India lately. However, this does not seem to be the case for Peacemaker for now. Meanwhile, one of the popular services in the U.K., Sky TV, will also not be streaming the show. However, director James Gunn has assured the fans from both India and the U.K. that he is working with HBO Max to bring the show to the two regions as soon as possible.