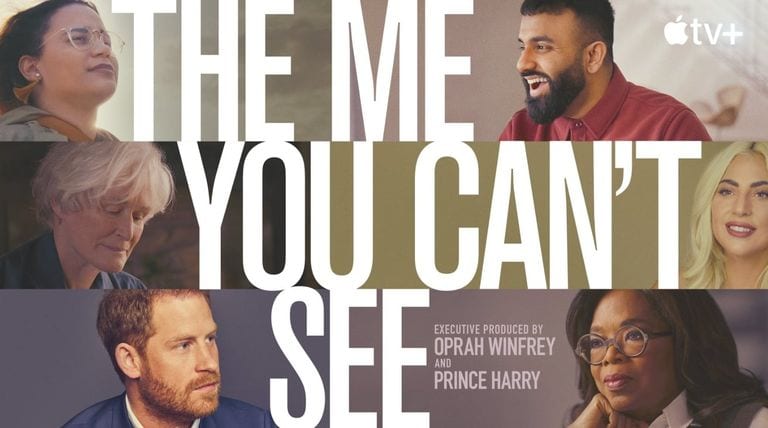 Oprah Winfrey's Mental Health Documentary, The Me You Can't See.

Oprah Winfrey’s Mental Health Documentary, titled ‘The Me You Can’t See’ is an upcoming documentary series all set to hit the screens very soon. Oprah Winfrey will be joined by Prince Harry and the duo will bring forth honest discussions related to mental health. The series will showcase elucidating stories from all across the world. It will provide viewers with the opportunity to unveil the truth. It will help them understand the existing mental health issues in the world. The series will also promote the idea of creating new hope for the future.

Apple TV+ announced the official title of the series on May 10, 2021. It was closely followed by the trailer release that has been well received by the audience. The show is co-created by Oprah and Prince Harry and directed by award-winning filmmakers Asif Kapadia and Dawn Porter. The five-part series will see Oprah and Harry as hosts. Ever since Oprah’s iconic interview with Prince Harry and his wife, Meghan Markle, viewers have eagerly waited for the two to reunite for the series. Therefore, let us find out when the mental health documentary will be released and where can viewers watch the show.

The Me You Can’t See – Trailer Explained

The first official trailer of The Me You Can’t See opens with Oprah Winfrey and Prince Harry talking about mental health in a powerful yet emotional tone. The trailer also features several celebrities as well as the general public. All the characters have been introduced with their first name in the trailer to create a sense of oneness. It highlights the fact that mental health issues have the same effect on every individual, celebrities and civilians alike. In the trailer, we can see legendary singer Lady Gaga, notable actress Glenn Close, star chef Rashad Armstead, basketball player DeMar DeRozan, poet Hussain Manawar, actor Zak Williams and boxer Jimmy Fuchs, among others. All the individuals come together in the series to share their own experiences and struggles with mental health. 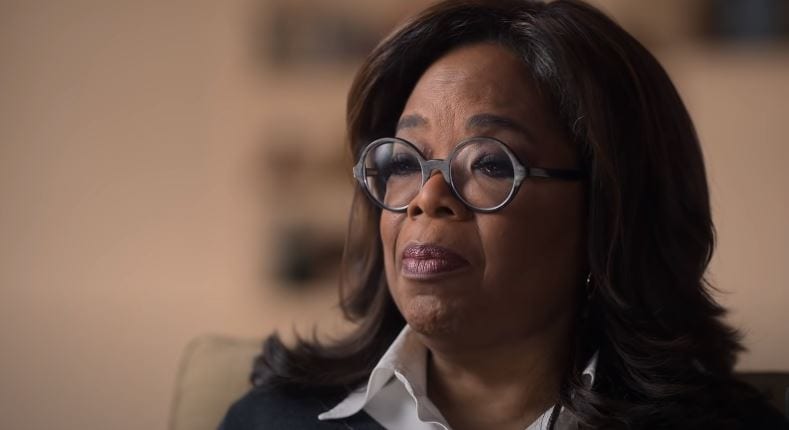 Similarly, Oprah and Harry also appear as subjects in the trailer. It even includes raw footage from Princess Diana’s funeral and shows a young Harry alongside Prince Charles. Harry is likely to share the trauma he experienced as a child after his mother’s sudden demise. Prince Harry shares that receiving help is not a sign of weakness but a sign of strength, especially in today’s world. Oprah joins him by mentioning that sharing your own story and saying what has happened to you is crucial. The trailer hints that the series aims to eradicate the stigmas surrounding mental health and create a deep sense of understanding with the help of real-life stories.

The Me You Can’t See – Release Date

The Me You Can’t See mental health documentary series created by Oprah Winfrey and Prince Harry is all set to be released on Friday, May 21, 2021. News about the creation of the documentary series with Oprah and Harry as the executive producers were first announced back in April 2019. The series arrives months after Oprah Winfrey’s interview with Prince Harry and his wife, Meghan Markle that made international headlines. Harry has always been vocal about mental health issues especially about his experiences of coping with his mother’s tragic death.

Prince Harry has also co-founded the mental health awareness campaign called Head Together with his brother Prince William and his wife Kate Middleton. Similarly, Oprah has also recently released her book ‘What Happened To You?‘ where she writes about childhood trauma, her difficult life experiences, and how the Oprah Winfrey Show has been instrumental in her healing process.

Where To Watch Oprah Winfrey’s Mental Health Documentary? – Will It Be Available Online?

Oprah Winfrey’s Mental Health Documentary will only be available to watch on Apple TV+.

Viewers will be able to watch Oprah Winfrey’s Mental Health Documentary on Apple TV+ upon its release. Apple has revealed that the documentary series will be available on the Apple TV app. Viewers can also watch the show on the website of Apple TV for a subscription of $4.99 per month. The subscription comes with a seven-day free trial. Apple TV+ can be accessed via the Apple TV app that is available on Apple devices including iPhone, iPad, iPod touch, Mac, and Apple TV. It is also available on Amazon Fire TV and selected LG and Samsung devices.

Prince Harry and Oprah Winfrey for The Me You Can’t See.

Unfortunately, there is no information about the series being available on any other platforms as of now. At the moment the docu-series is not available for online streaming on any OTT platforms other than Apple’s official streaming service.