The BL couple 'OffGun' showing off their heart-fluttering chemistry in the crime thriller 'Not Me' The Series. However, can viewers watch it online? 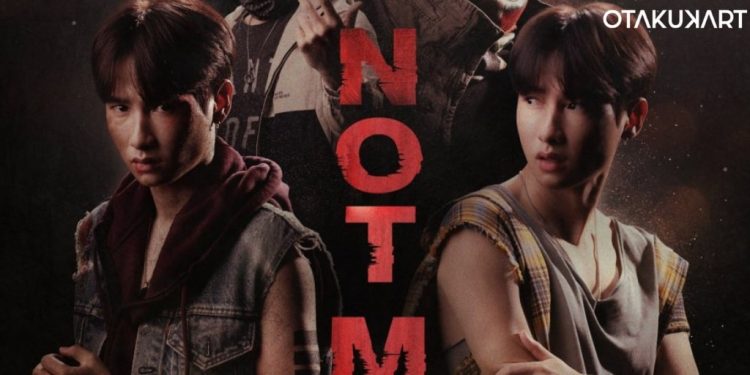 Finally, one of the best BL couples, OffGun, has come back with their passionate romance in GMM25’s crime suspense ‘Not Me’ The Series! Furthermore, fans are all over the moon after witnessing their different feature in this new series. Previously, both Off Jumpol and Gun Atthaphan have worked together, showing off their romantic vibes in Senior Secret Love: Puppy Honey, Our Skyy, Theory of Love, and many more. However, this new suspense-filled crime tale reveals their different features. It is nothing like their previous rom-com, high school drama. The series will depict today’s youth who fall into the pit of darkness, featuring a crime thriller of twin brothers!

The Thai series Not Me is directed by Nuchie Anucha and written by Noolek Sureechay Kaewses and Rittikrai Kanjanwiphu. It has starred Gun Atthaphan, Off Jumpol as main leads. As for the sporting roles, we meet Mond Tanutchai as Gram, First Kanaphan as Yok, Papang Phromphiriya as Gumpa, Fluke Gawin as Dan and many more. With such an amazing casting, Not Me The Series delivers the tale of twin brothers Black and White, who reunite after years of separation only to discover one on the hospital bed. Thus, to root out the betrayer, the other twin, White, disguises himself as Black! But what will be the outcome of this hide & seek?

What Happened In The Series So Far?

The first two episodes of Not Me The Series have been released, giving a glimpse of what is waiting for viewers. The story revolves around twin brothers White and Black with a powerful twin connection. Due to this connection, one can feel the other twin’s pain. Although the boys hold a strong bond, their parents’ story is wholly different. After their parents’ divorce, both boys lived in two different worlds. Whereas White lived with his father in Russia, Black was left with their mother in Thailand. Years after, White and his father have come back to Thailand. But so much has changed in those years.

After returning, White tries to know about Black but, since his father was not in contact with their mother, they have no idea where they could be. Everything seems going fine until one day White suddenly feels agony like death, making him hard to breathe as if someone’s crushing his bone. Thankfully, he recovers, but doctors’ unable to find the cause of his distress. Later, White receives a call from his childhood friend, Todd, who informs him about Black being in a coma. Seeing his twin brother beaten to death, White decides to take the matter into his hands. He becomes Black to find the traitor who is one of Black’s motorbike gang members- Sean, Gram, and Yok.

However, White learns that he does not know his brother as much as he thought. After joining the gang, he discovers the darkness of Black’s world and the severity of his brother’s action, who had planned to burn down a whole mansion. Even though he doesn’t wish to be part of this dangerous game, he needs to do it to find the betrayer. His changed behavior has left the other members in confusion, especially Sean. How long can White keep his mask? Or will Sean discover his secret first? Find out how this crime thriller tale leads in the upcoming episodes of Not Me The Series!

Not Me The Series was premiered on 12 December 2021 on the GMM25 channel. It is scheduled for 14 episodes. The series has secured GMM25’s Sunday’s time slot, and every new episode will air for 45 minutes. As for the other nation, Not Me Thai Series will release on the same day (Sunday) at 7 pm in India, 1.30 pm in the UK, 8.30 am in the USA, and 12.30 am in Australia (Monday). Since it consists of 14 episodes, many viewers want to know about how to watch it online. Thankfully, the series is available on various platforms for both domestic and international viewers.

Thai fans can watch Not Me The Series on the GMM25 channel at 8.30 pm ICT. Simultaneously, it will also be broadcast on AIS PLAY. AIS PLAY is a streaming platform that also provides a mobile application for better and easy access. Besides AIS PLAY, the series will also be available on GMM25’s official YouTube Channel with English Subtitles for international viewers. Therefore, check out which streaming option is the best for you to watch Not Me The Series online!