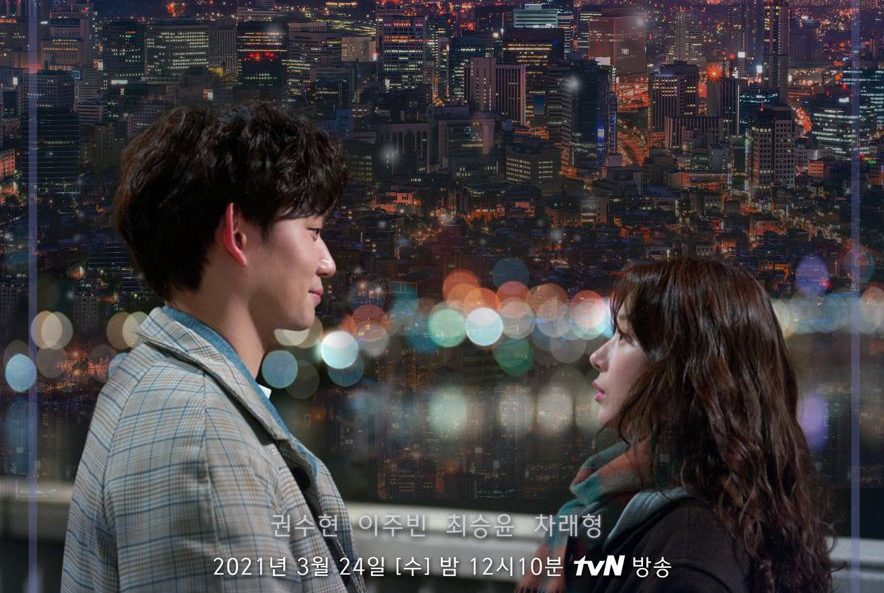 South Korean dramas are creating a new hype in the world. It has its innovative way and programs in reaching the audience. Be it a movie, drama, or shows. Similarly, they have a show broadcasting on weekends. The show is Drama stage By tvN. It has various Anthologies of short dramas. Among them is the drama or the play Love Spoiler.

The Show Drama Stage had been Telecasting Since 2017. Firstly, And the show had 3 seasons. Currently, the show is in its 4th season. Also, Each Season is of 10 stories that differ in their style and form. The total Running time of the show is 70 minutes.

The story revolves around a Man and a Woman in an imaginary land (literally called Dystopian). Both are heartbroken in love. In this Dystopic land, there seems to be a genetic test that shows the expiration date of love. This kind of story is not new to South Korea, but the role it played in the drama is really important. Like they are creating new ways to Portray a love story just like with the expiration of the love concept and with the love alarm concept etc.

According to the synopsis given by Naver, People assume that it is going to be an emotional love story between the leads of the dramas. To some people, it gave out the vibes of Lovestruck in the city. Also, it might give out a warm, tingling feeling to the viewers. And also the People are expecting the drama to be cheerful with cute content, yet serious and emotional in its own way.

The cast of Love Spoiler.

Kwon Seo Hyun had made his Acting Debut in 2014, and he is known for his roles in The K2, Record of Youth, and Abyss.

Lee Joo Bin had made her acting career in 2017 and is known for her roles in Mr. Sunshine, Be Melodramatic and Find Me in Your Memory.

Choi Seung Hoon is known for his roles in Love Scene Number, Hospital Playlist as Dr. Song Hwa’s Ex-Boyfriend and Crash Landing On You.

Where to watch Love Spoiler?

The drama is initially released on South Korea Broadcast Network called tvN. It is being released on 31st Mar 2021 under the show Drama Stage. The Streaming time of the drama is 24 minutes long. Moreover, it is being broadcasted on the Country cable channel, which is only dedicated to the people of South Korea Only. And International Viewers can watch them, but it needs a lot of waiting.

The People in South Korea can watch it on tvN. But for the International Viewers, no online source is available to watch the drama.

Moreover, The show seemed to have been like a Short films festival and seen as a path for emerging directors and writers with distinct features and ideas. It is also a blooming opportunity for Rookie Actors to bloom. Not only them but Famous Actors and actresses are and were also part of the show. Actor Kim Min Seok was also a part of the show with Withdrawal Person(S2), Song Ji Hyo with chief B and the Love Letter, Kim Seul Gi in All about My Rival in Love. And Other notable actors include Jo Woo Jin, Kim Won Hae.