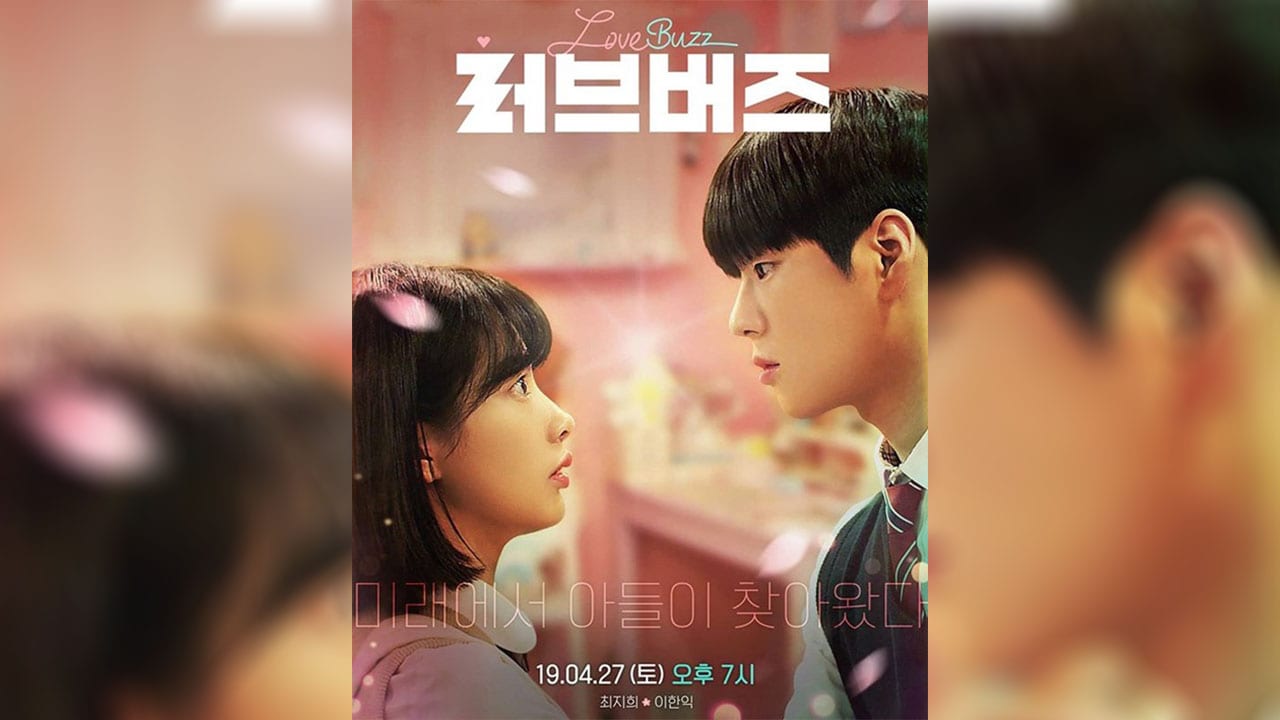 Korean Drama, Love Buzz is not a long series or film, but rather a short web-based film. There is only one episode of 29 minutes long run for the drama. But, they could have made the short film into a short drama as the ending left an opening for another storyline. But, Playlist Global often works only on short web films or dramas. Love Buzz is not taken from any web novels or webtoons. It is an original creation of the Playlist Global. The drama revolves around the theme that those who are destined together will end up meeting each other.

It is a time travel fantasy romantic youth drama that is also known as Leobeubeojeu and Lovebirds. Kim Ha Jin and Baek Hae Seon is the director for the drama. The screenwriter for Love Buzz is Kae Los. Playlist Global, themselves is the production company behind the whole mini-film. Love Buzz release date is on April 27, 2019. In the short film, the sudden appearance of a future son confuses his mother. He time travels back to the time when his mother was 18-years-old. Now, let’s get into all the details and where to stream the short drama/film.

Love Buzz episode 1 starts with three high school girl sitting together and thinking. One girl began her narration out of the three girls. She is drinking something with a sour face and thinking that she is eighteen years old already. Spring season is also going on. It is hard for her right now as everyone else, except her, is busy dating. She thinks that her 18-year-old life’s spring is stupid. The girl wants to date too. However, she gets friend-zoned every time. Then, another girl shows a boy playing football and says that he is the one Ji-Woo keeps talking about. The boy is the Class 4’s popular boy.

Also Read: Is The K2 Season 2 Coming Back Anytime Soon?

We came to know that Ji-Woo is the narrator of her 18-year-old life. She has a crush on Seung Jun-Park and wants to date him. Ji-Woo wants to know what it would feel like to date Seung Jun-Park. Her only pleasure these days is thinking about that. Seung Jun-Park and Ji-Woo were once classmates when they were seniors in middle school. She was cute at that time, even though not much pretty. But Seung Jun was pretty even back then. Thus, she made the courage and messaged him. She thought that it would be different this time. But, Seung Jun did not even reply to her for two days.

Ji-Woo was sitting on the terrace and thinking why Seung Jun had not seen her message for two days. At last, she got a response from Seung Jun asking who is she. She was thinking something when someone calls out her name. Ji-Woo meets the person calling out her name. The boy introduces herself as her son from the future. She did not believe him at first, thinking he is insane. Ji-Woo goes away but returns searching when his predictions about the snowfall came true. Her future son says he came to help in getting together with Seung Jun.

But, the truth is far from away. Ji-Woo began believing her future son when he was successful in setting up with Seung Jun. We came to know, later on, he is not her future son but her husband in the future. They both ended up regretting meeting each other. Thus, he came into the past in the hope of changing her future. He is the future self of the 18-year-old Park Ji Woon.

Love Buzz Episode 1: Where to Watch?