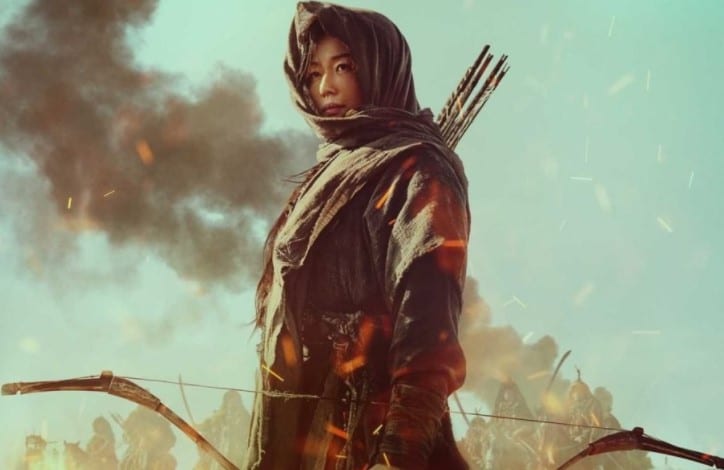 Upcoming sidequel from the series, Kingdom, Kingdom Ashin of the North

Kingdom Ashin of the North is a much-awaited sidequel from kingdom season 2. How to Watch Kingdom Ashin of the North and more on its cast is something we will be taking up today. The series is a huge hit overall and after its first season, was hence renewed for a second season. Kingdom is special in many ways, one reason being the amazing cast and crew, adding on top of that is the plot of the series. From the graphics to the presentation, everything about the drama is simply top-notch. No wonder we as viewers are unable to restain ourselves from watching the series again and again. 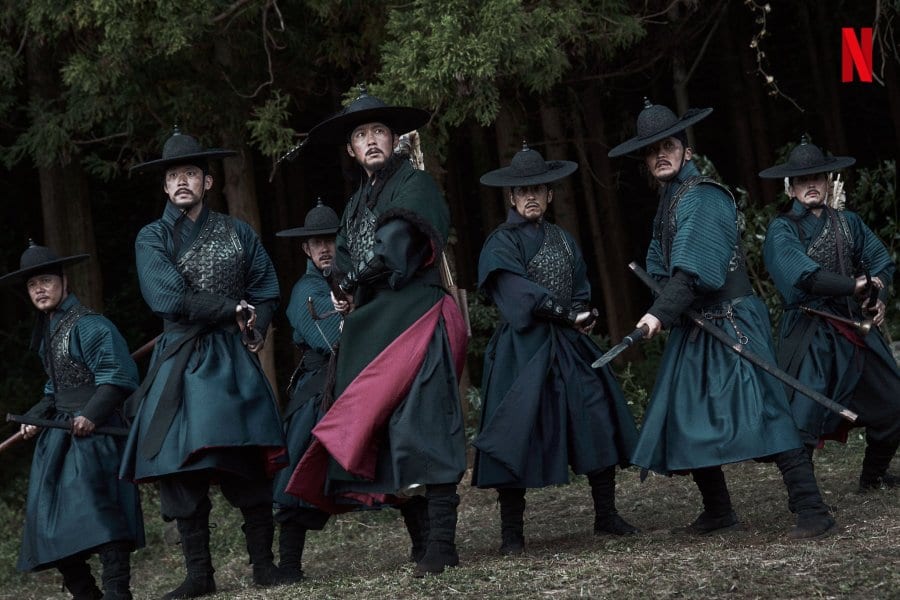 Still from Kingdom Ashin of the North

Kingdom is, after all, Netflix’s first-ever Korean series. Kingdom firstly premiered in the year 2019 and soon after got renewed and released its second season in the year 2020. This year we will get to see a special episode series and will release very soon. The series, was overall was adapted from a webtoon series named,  The Kingdom of the Gods. The webtoon was written by Kim Eun-hee and drawn by Yang Kyung-il. The acceptance of this famous South Korean political period history thriller was exceptionally good. 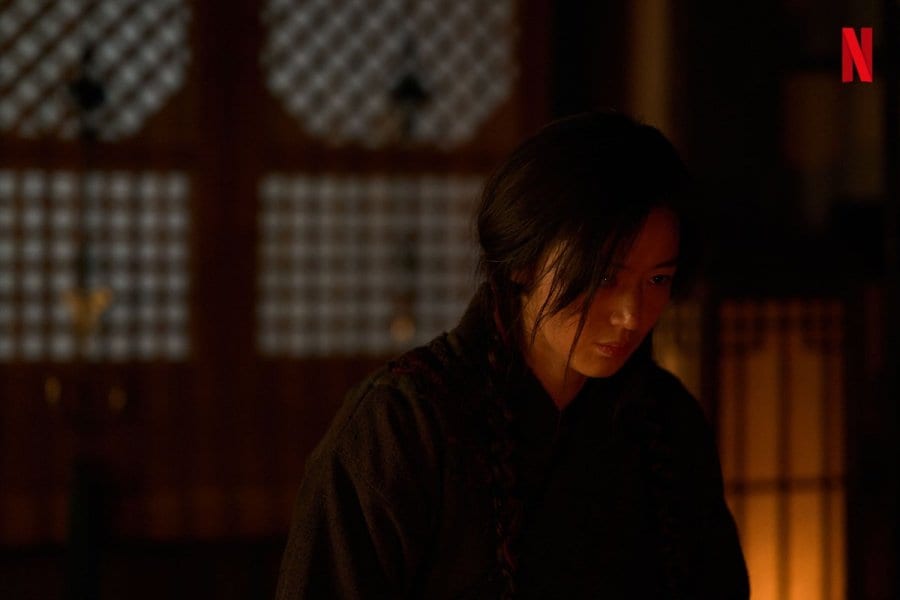 Still from, Kingdom Ashin of the North

This year Kingdom Ashin of the North is now all set to release. The very first look of this special episode was already shown to us back in 2020. But since then, no such updates were disclosed by the production. The special episode will primely focus on the supporting character Ashin. What is her story after all, and soon all the mysteries revolving here will be disclosed in a while with the airing of the episode.

How to Watch Kingdom: Ashin of the North Episode 1?

Kingdom Ashin of the North is also a Netflix original series. Hence the special episode can be easily accessed on the global streaming platform, Netflix along with subtitles. Kingdom Ashin of the North was undoubtedly much awaited by the fans. The series is grand in itself, but with the presence of Jun Ji Hyun, it becomes even grander. Ashin is a side character that first appeared in Kingdom, but this time the entire episode will be focusing on her as the main lead character. Many people mistakenly think of, Ashin of the North as the 3rd season of the series kingdom, which is absolutely not the case. It is just a sidequel from season 2 and deals with Ashins story of vengeance as a whole. 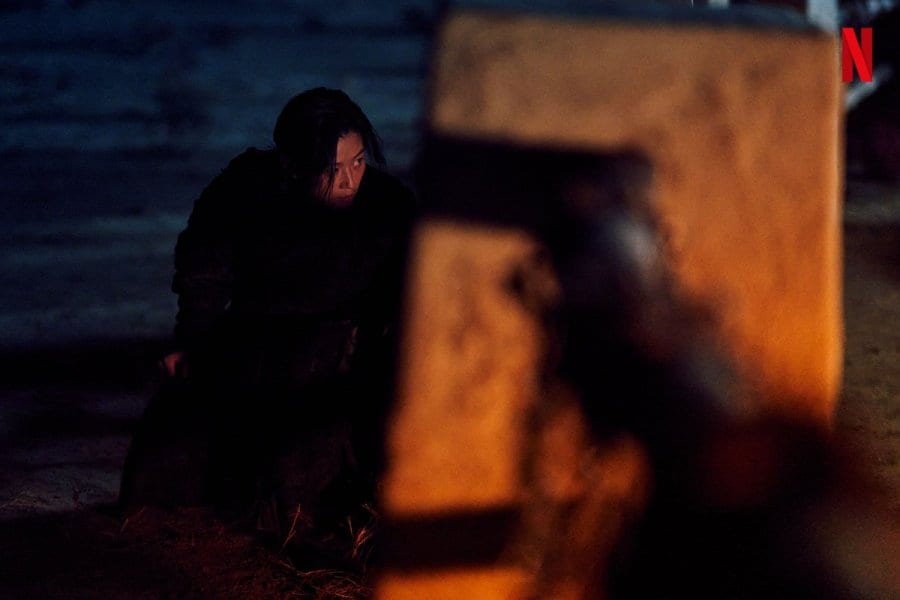 A Still from, Kingdom Ashin of the North

Kingdom Ashin of the North will be having just one episode and will be emphasizing the mysterious characters. The very look of Ashin created quite a buzz amongst the audience to know more about her, and here it comes finally. After such a long time, the mysteries behind her identity will be unveiled. In the very northern region, what happened to Asin in the past, her story of tragedy, betrayal, and vengeance will be dealt with in the episode. The special episode of Kingdom will show us the reason for her existence, her past, and how she lost her tribe and family. Lee Chang’s group firstly found Asin on their journey to the north and will now hence unveil all the secrets of her character.

The Cast of Kingdom: Ashin of the North

Kingdom Ashin of the North is finally coming on 23rd July 2021. The sidequel of Kingdom has just one episode, and the duration of the episode will be approximately 1hr 32min. Kingdom Ashin of the North is also popularly known as Kingdom tale of Ashin. The screenwriting of this special episode has been done under Kim Eun Hee. While the direction has been done under Kim Sung Hoon. 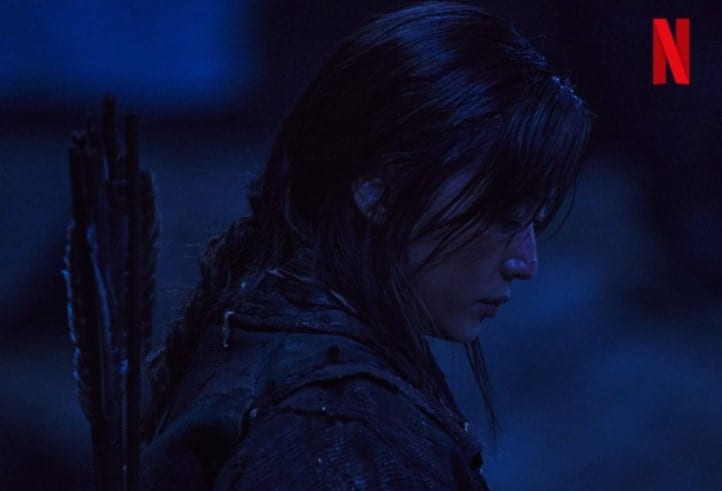 The main lead actress of Kingdom Ashin of the North, Jun Ji Hyun

In the main lead role, we have Jun Ji Hyun and Park Byung Eun. While Kim Shi Ah has been cast in a supporting role and will play the role of the young Ashin. Along with her, Kwon Kyo Hwan will also be seen in the supporting role. The genres of the special episode include horror, action, thriller, historical, drama, and zombies.

Also Read: Who Is Mykayla Skinner? Career, Marriage, And Achievements