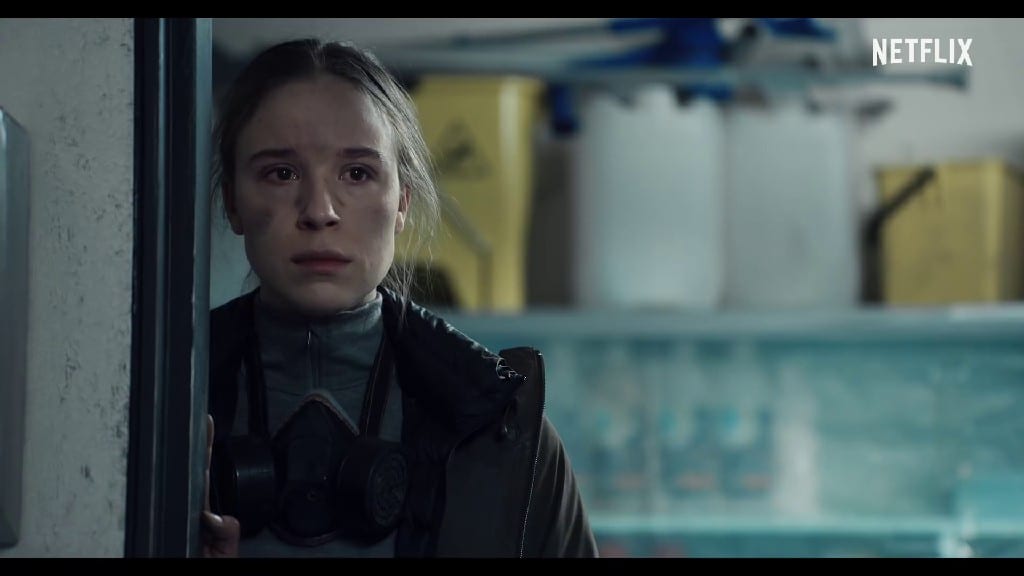 From The Official Trailer Of Katla Featuring Gudrun Eyfjord as Grima

Do you miss Dark already? Or are youu waiting around for Stranger Things Season 4 to fill you up? Well, Netflix will help you to embrace the dark horror genre again. This comes in the form of Katla, an Icelandic story that has folklore of its own to tell. A Folklore that transcends time, nature, and much more surrounding the mysterious volcano of Katla. A discovery that could wreak havoc for a small town nearby. Katla is about to drop this week on 17th June 2021 and here we are breaking How to watch Katlan Online for people who are still lost.

Sigurjón Kjartansson known for the show Fóstbræður and Baltasar Kormákur known for Jar City and 2 guns have created Katla for Netflix. The show is packed with star power from the country of Iceland. The show’s success might give them a bigger name for sure. So far Katla is giving us a lot of Dark vibes due to the tone and aura it carries. Plus a little similarity in the story line which devours confusion. This keeps the horror fans on edge as they are willing to watch Katla as soon as it is out. So with no further adieu, lets begin.

How To Watch Katla Online?

As Katla is a Netflix Original, the only viable option to watch the show is Netflix itself. Netflix will be releasing all eight episodes of Katla together on the 17th of June 2021. So if you want you can binge-watch your way out of Katla. Especially the horror fans. Moving on how to watch Katla in the space. First of all, you require a Netflix account. Plus a subscription of the OTT from the three plans it has for you. These plans range from a basic one, a standard one, and a premium one. Each comes up with a different cost and added benefit of its own.

Starting off with the basic plan, Katla can be watched and downloaded on a single device along with the entire catalog of Netflix. The basic plan comes at around $8.99. The second standard plan costing around $13.99 may offer similar benefits. But here you can stream and download Katla on two different devices. That too with HD enabled. Lastly, the premium plan costing around $17.99 will allow you to stream and download Katla on four different devices. The Ultra HD streaming will be available as well.

What Is Katla All About?

As per the official synopsis of Katla, the series tells the story of the small town of Vik. The place meets with weird changes one year after the volcano Katla erupts. Furthermore, the official trailer of Katla is full of questions as well. It might leave you in confusion and question what exactly is going on. Plus what makes this volcano so special? The trailer opens up with the characters discussing the folklore and tales surrounding the Katla volcano. Until some people living near the place see a girl walking near the volcano all covered in Ash.

The girl named Asa Potter is brought to the hospital and we come to realize that she disappeared a year ago. People start assuming the Volcano suck her in and has thrown her out now. While everyone talks weirdly, some people already know this story. Plus it’s not the first time, the volcano has brought someone back to life. Then there are revelations of people realizing they are someone else. Yes, totally Dark vibes. We see more of a political angle and closing shots as the investigation is taken to Katla Volcano to close the trailer of the show.

Katla’s cast is led by popular faces of Iceland known to the people of the country. You too if you have kept yourself up with the country’s cinema. The popular musician Gudrun Eyfjord who goes by the name of GDRN is leading the cast of Katla. She picks up the role of the main character Grima here. Joining her is Íris Tanja Flygenring as Asa, the girl who comes back to life.

Ingvar Sigurdsson is probably the most recognizable face to the international audience. He is known for his work in movies such as Fantastic Beasts: The Crimes Of Grindelwald. Here he is playing the role of Þór. Also Joining Katla are Aliette Opheim as Gunhild, Þorsteinn Bachmann as Gisli, Helga Braga Jonsdottir as Vigdis and Solveig Arnarsdottir as Magnea