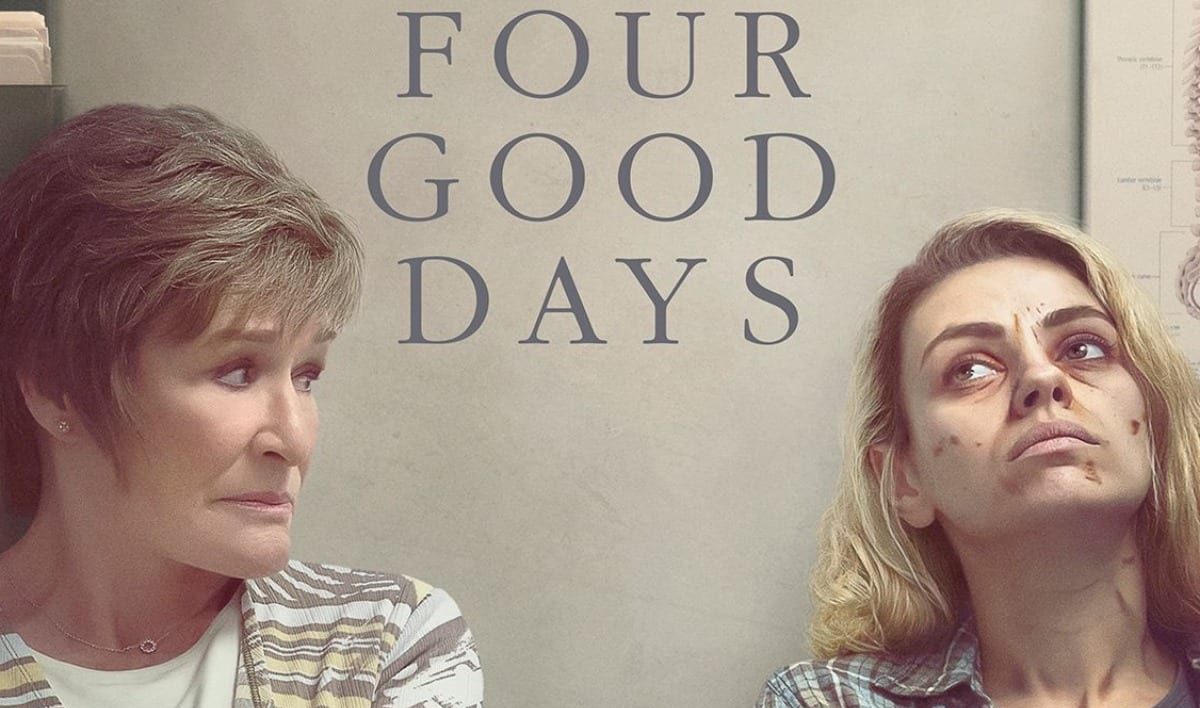 Four Good Days is a 2020 drama film directed and produced by Rodrigo García. Eli Saslow and García penned the screenplay. It’s based on Saslow’s 2016 Washington Post article, “How’s Amanda? A Story Of Truth, Lies, and an American Addiction”. Mila Kunis and Glenn Close star in the leading roles, along with Stephen Root. Mila, who is known for her roles in comedy movies, has decided to flex her dramatic chops this time. Edward Shearmur has composed the music for the film. Lauren Connelly is the editor, while Igor Jadue-Lillo has handled the cinematography. The film’s a co-production between Indigenous Media, Oakhurst Entertainment, and Productivity Media. Four Good Days premiered at the Sundance Film Festival on January 25, 2020. It’s slated for a limited release on April 30, 2021. Following that, it will release on Video on Demand on May 21, 2021.

The film has a star-studded cast that includes comedic actor Mila Kunis along with Glenn Close and Stephen Root. Mila Kunis plays the lead role of Molly, who is a long-time heroin addict, and Dale and Deb’s daughter. Glenn Close plays Molly’s mother, Deb. She lives with Molly’s step-father Chris. She is estranged from her daughter Molly. Stephen Root plays Chris, Molly’s step-father. Joshua Leonard plays the role of Sean. Rebecca Field plays Coach Miller, and Michael Hyatt stars as Lisa. Sam Hennings stars as Molly’s father and Deb’s ex-husband, Dale. Chad Lindberg plays Daniel, Nicholas Oteri plays Colton, and Audrey Lynn plays Chloe. Finally, the cast also includes Gabriela Flores and Carla Gallo. Back in May 2019, it was announced that Glenn Close and Mila Kunis would star in the film. The filming began in September 2019, with the rest of the cast joining in soon afterward. 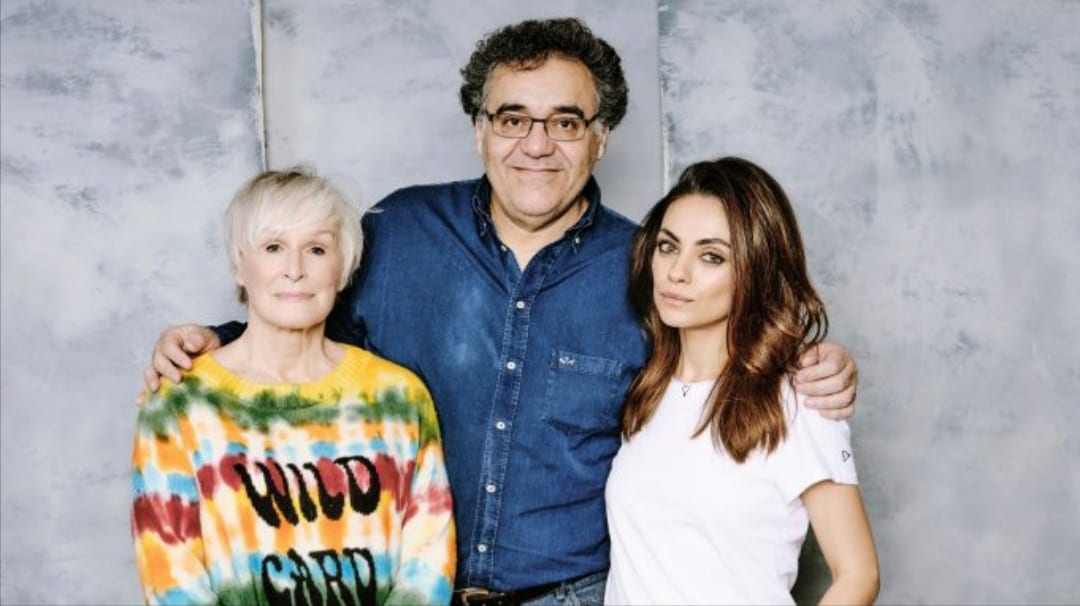 What are Four Good Days About?

The story is based on real-life events. It follows Molly (Mila Kunis), who is a long-time heroin addict. It focuses on her trying to quit the addiction and her interactions with her estranged mother, Deb. After her release from the hospital, Molly now wants to live a life of sobriety. To turn to a life free of substance abuse, she must first get through four days of being clean. That’s the only way she can be eligible for the opioid antagonist injections that will prevent her from getting high. She seeks her estranged mother, Deb (Glenn Close), for help. Deb lives with Molly’s step-father Chris. Now she must contend with helping her daughter, who she’s not been close to for a long time. As the threat of relapse looms over them, these four days test the mother-daughter dynamic and their relationship.

The Article that the Story is Based Upon

Four Good Days is based on Saslow’s 2016 Washington Post article “How’s Amanda? A Story of Truth, Lies, and an American Addiction”. Eli Saslow has also co-written the screenplay for the film adaptation along with Rodrigo García. The article was about the real-life story of Amanda Wendler and Libby Alexander. Amanda was a recovering addict, the real-life person behind the character of Molly in the film. Whereas her mother, Libby Alexander, is the real-life person behind Glenn’s role as Molly’s mother, Deb. 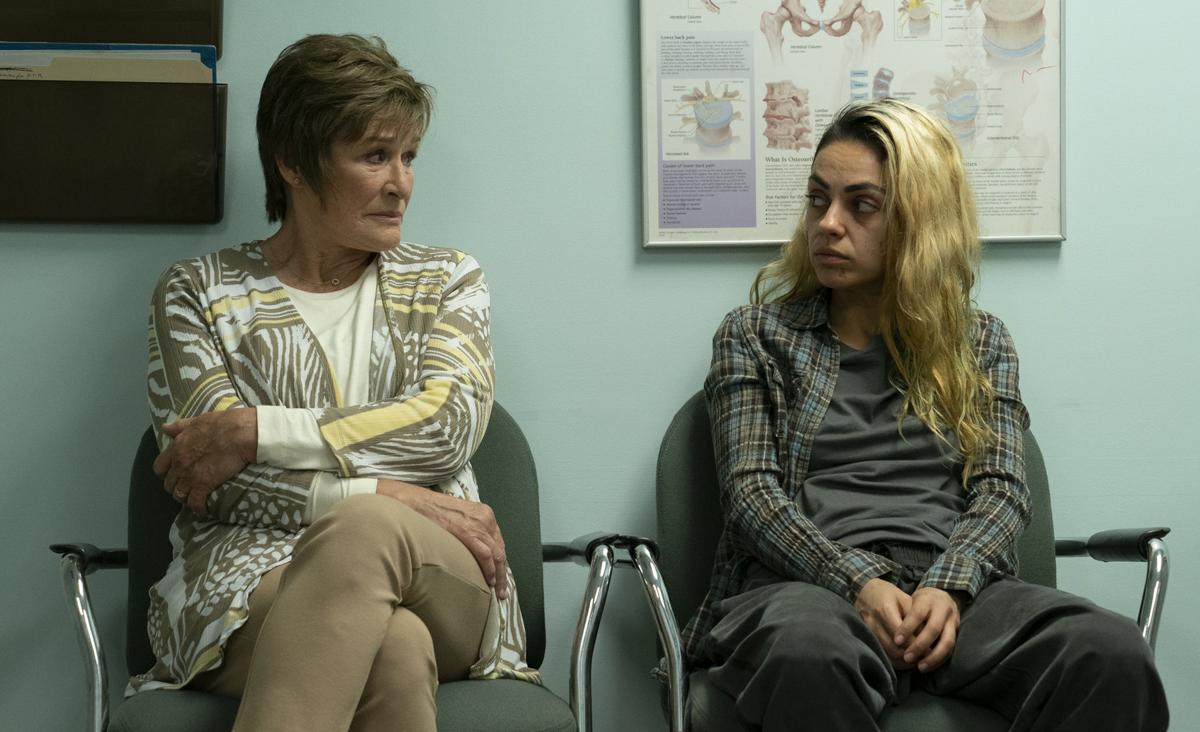 In the article, Saslow profiles Libby trying to help her daughter fight her opioid addiction. Eli Saslow is a Pulitzer Prize-winner and has written multiple human stories behind many divisive and unsettling issues of today. He won the 2014 Pulitzer Prize in Explanatory Reporting. He won it for a year-long series of stories about hunger and food stamps in the United States. Saslow has written the screenplay for the film along with co-writer and director Rodrigo García.

Four Good Days will be out on a limited release on April 30, 2021. It will hit video-on-demand later, on May 21. As for streaming, it’s not yet available to stream, but it will be once it rolls out on demand. Fans can expect to watch it on a variety of different digital VOD platforms, including Amazon Prime Video, iTunes, Vudu, and Google Play.