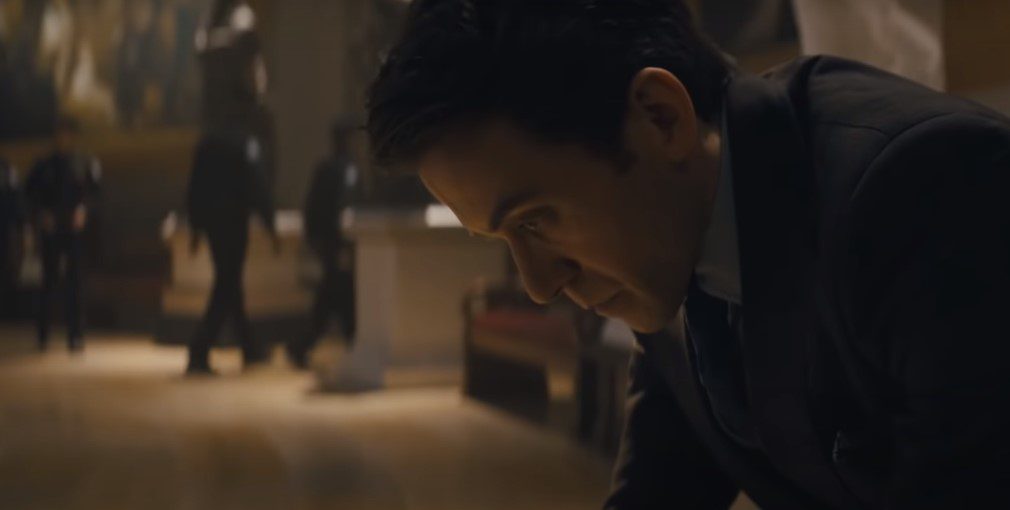 How To Watch Dan Brown's Lost Symbol? Streaming Details and Everything You Need To Know

If you want to watch the Lost Symbol, and you’re not sure how. We got you covered! Here’s how to watch Dan Brown’s Lost Symbol? Streaming details and everything you need to know. Firstly, The Lost Symbol is Peacock’s latest series coming to the platform. Consequentially, many fans of Harvard professor Robert Langdon, the mystery solver who travels around the world solving cyphered enigmas and riddles that only a few people understand, keep wondering when is it dropping on the platform and how do I watch it? We will answer those questions in this post.

The Lost Symbol takes its plot from the Dan Brown best-selling book from 2009. It began as a project for the NBC network, and it ended up in Peacock. The streaming platform made it public earlier this year that they would develop this series exclusively for the internet platform with Ashley Zukerman (HBO’s Succession) playing Robert Langdon, and the series will focus on the eponymous character’s early work as a mystery solver. Now jump with us here at Otakukart as we take you with us to explore Dan Brown’s The Lost Symbol.

How To Watch Dan Brown’s Lost Symbol? Streaming Details and Everything You Need To Know

Dan Brown’s Lost Symbol will release on September 16, 2021, on Peacock. In consequence, if you want to watch this show, you must get a Peacock subscription. They go from US$ 4.99 with ads to US$ 9.99 a month without ads. You can watch Peacock on virtually any device. That means that if you have either an Amazon Fire TV, a Roku, an Apple TV, any Smart TV, a PlayStation Console, an Xbox console, or a PC, you can enjoy the adventures of Robert Langdon as he cuts his teeth in his early days solving mysteries around the world.

The pilot, as stated earlier, will drop on September 16. It’s directed by Dan Trachtenberg and Jay Beattie, and Dan Dworkin wrote the episode. Moreover, new episodes drop weekly on this series. So it’s not like Netflix, where you can binge-watch the entire thing in one sitting. Remember, this is NBC’s streaming platform, they’re a TV network, meaning they’re more old-school when it comes to distributing content. So, be patient. Pop those popcorns in the microwave, watch your show, and have something else in the playlist or something else to do afterward.

On March last year, the producers made the cast roster available to the public. Firstly, Ashley Zukerman will portray Robert Langdon. Second, Valorie Curry and Eddie Izzard will portray Katherine and Peter Solomon in June 2020. Secondly, Sumalee Montano (Sato), the OS’s Director, Rick Gonzalez as Nunez, a uniformed Capitol police officer, and Beau Knapp as Mal’akh, who takes Langdon on a hazardous and obscure assignment, were subsequently added to the cast. Raoul Bhaneja, Sammi Rotibi, and Keenan Jolliff were cast as recurring roles on June 20.

How To Watch Dan Brown’s Lost Symbol? Streaming Details and Everything You Need To Know

The Lost Symbol began as a film starring Tom Hanks as Robert Langdon, produced and directed by Ron Howard for Columbia Pictures, with franchise producers Brian Grazer and John Calley serving as executive producers. Between 2010 and 2013, Sony Pictures eventually hired three screenwriters for the film, released in 2014. Steven Knight, Dan Brown, and Danny Strong are among others featured. Sony Pictures announced in July 2013 that they will instead adapt Inferno for a release on October 14, 2016, rather than the original film.

According to producers, the project became a television series tentatively titled Langdon, which premiered in June 2019. Dan Dworkin and Jay Beattie will serve as co-creators, showrunners, and executive producers on the series. Which will serve as a prequel to the film series. Dworkin and Beattie will also serve as executive producers. Dan Brown, Ron Howard, Brian Grazer, Francie Calfo, Samie Falvey, and Anna Culp are among the other executive producers of the film. The show, co-produced by Imagine Television Studios, CBS Studios, and Universal Television Studios, ordered series on NBC’s Peacock streaming platform and will air this fall. And that’s a wrap on Dan Brown’s The Lost Symbol here at Otakukart. Thank you for reading this article, and please keep coming back for more!