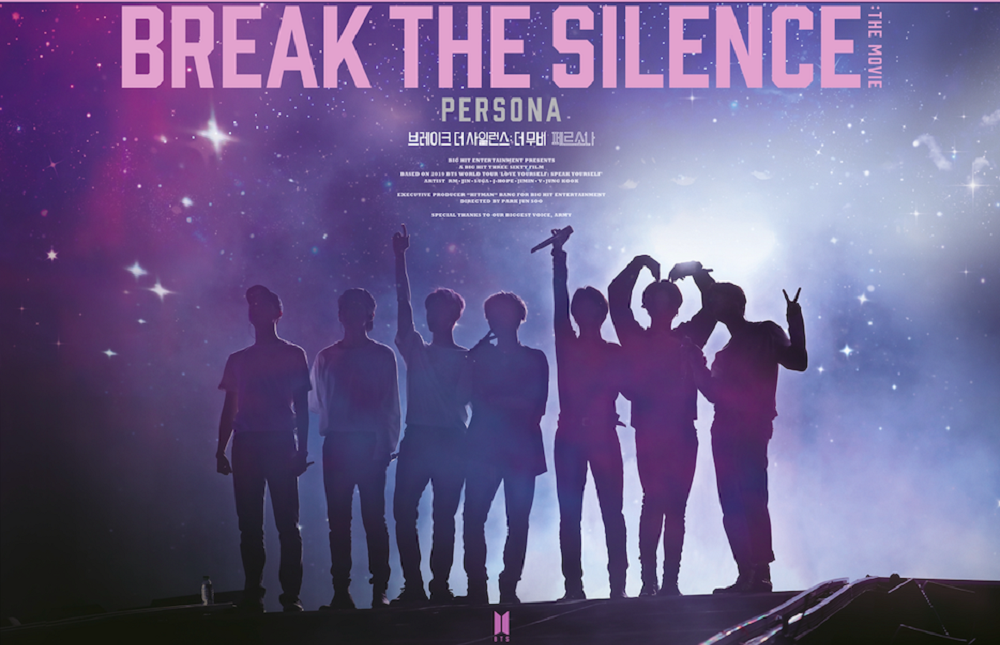 Here is how you can watch "Break the Silence: The Movie" right now.

“Break the Silence: The Movie”, more popularly known as “Beureikeu Deo Sailleonseu: Deo Mubi” in the Korean language is a South Korean documentary movie. Directed by Park Jun-soo, the movie released in some countries last year in September. The fans had been eagerly waiting for this movie for a very long time. Consequently, when the movie was released, the fans went crazy as they got to see their favorite stars on the screen once again. The movie did really well globally i.e. in the countries that it was released in. The viewers loved it very much as they got to see another side of their beloved singers from the behind-the-scenes footage. Anyhow, let us dive further into the article to know everything about this documentary movie series.

looking at ARMY inside stadium and BTS are so excited 😭
"I've been to many concerts in my lifetime, and i see, i see why people love them, this is just a phenomenon" the person talking in the movie

An early birthday present from my daughter….Getting ready to watch Break The Silence Docuseries! So excited!! #BTS #ARMY

“Break The Silence: The Movie” is a South Korean documentary movie that is based on a tour of the famous K-pop boys band BTS. The documentary film revolves around a 14-month long ‘Love Yourself’ tour that BTS performed. It gives the fans a chance to have a look into the band members’ life off-stage. Park Jun Soo is the director of the film whereas Big Hit Three Sixty has produced it. The movie is a remodel of the seven-episode docu-series “Break The Silence”. This was made available on the fan platform Weverse earlier last year.

The creators first released the film in September 2020, but only in selective theatres across the globe. “Break The Silence: The Movie” is BTS’ third film in all. It follows their previous two films i.e. 2018’s “Burn The Stage: The Movie” and “Bring The Soul: The Movie”. “Burn The Stage: The Movie” was a huge hit as it broke the record for the highest-grossing event cinema musical production. In fact, BTS also released a trailer for the docu-series on their official YouTube channel i.e. BANGTANTV. The video has already crossed 4.2 million views and you can watch it above.

Kim Nam-joon a.k.a RM: Kim Nam-joon is a South Korean songwriter, record producer, and rapper. Some of his best albums/mixtapes and shows include “Mono”, “Dark & Wild”, and “Problematic Men”.

Kim Seok-jin a.k.a Jin: Kim Seok-jin is a South Korean songwriter and singer who is a part of the K-pop boys band BTS. He is popular for doing songs like “Adult Child”, “So Far Away”, and “Tonight”. 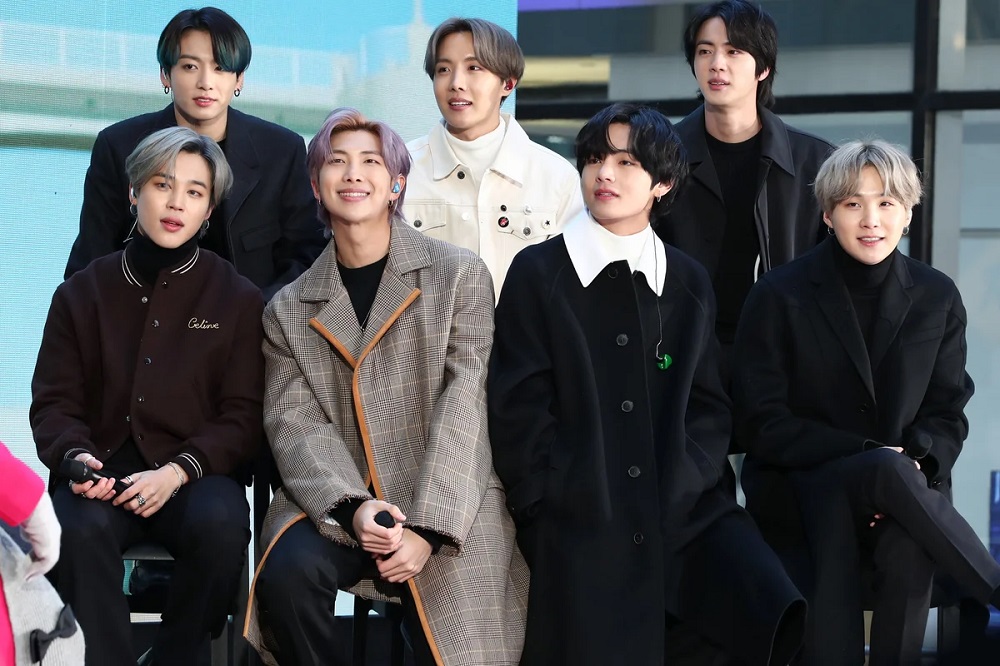 A still of all the members of the South Korean boys’ band BTS i.e. the lead cast of “Break the Silence: The Movie”.

Min Yoon-gi a.k.a Suga: Min Yoon-gi is also a South Korean rapper, singer, and songwriter. Some of his best songs are “First Love”, “Burn It”, and “Moonlight”.

Jung Ho-seek a.k.a J-Hope: Jung Ho-seek is a South Korean rapper, dancer,  songwriter, and record producer. Some of his famous mixtapes and singles include “Hope World”, “Daydream”, and “Airplane”.

Kim Tae-hyung a.k.a V: Kim Tae-hyung is a South Korean singer, actor, and songwriter. He is popular for his works in “Hwarang: The Poet Warrior Youth”, “Winter Bear”, and “Inkigayo”.

Jeon Jung-kook a.k.a Jungkook: Jeon Jung-kook is a South Korean songwriter and singer. He is best known for his contribution to “My Time”, “Like a Star”, and “Be”. 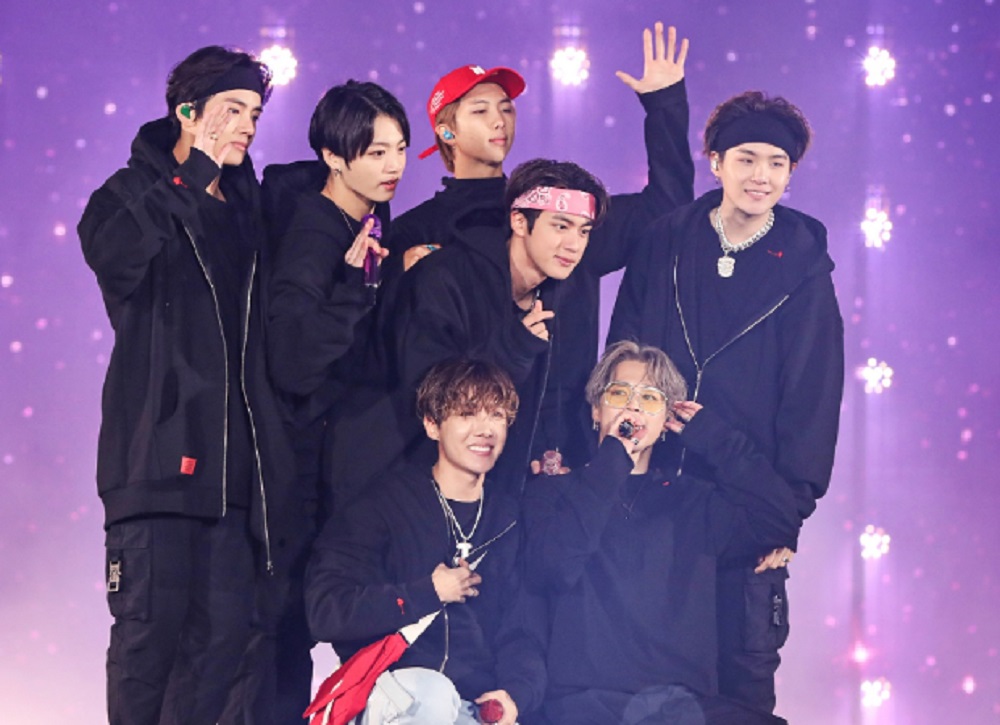 A still from the South Korean boys’ band BTS’ docu-series “Break the Silence: The Movie”.

Where to watch “Break the Silence: The Movie”?

“Break the Silence: The Movie” was released globally in selective theatres on 9th September 2020. It earned approximately $9 million at the global box office. The film was then released on the official website of Weverse on 16th December 2020. “Break The Silence: The Movie” is currently available on Video On Demand if you want to stream it now. It is not available on Netflix or Prime Video as of now. But, in a few months, you can expect it to be released on either of the platforms. Video playback for the film will be also available in 720p HD, 1080p HD, and 4K in some time. Currently, there are subtitles provided in English, Korean, Japanese, and Chinese. So, go right now and binge on your favorite singers’ or band’s latest movie. Until then, let us know in the comments section if you have watched it, how much you liked the movie.